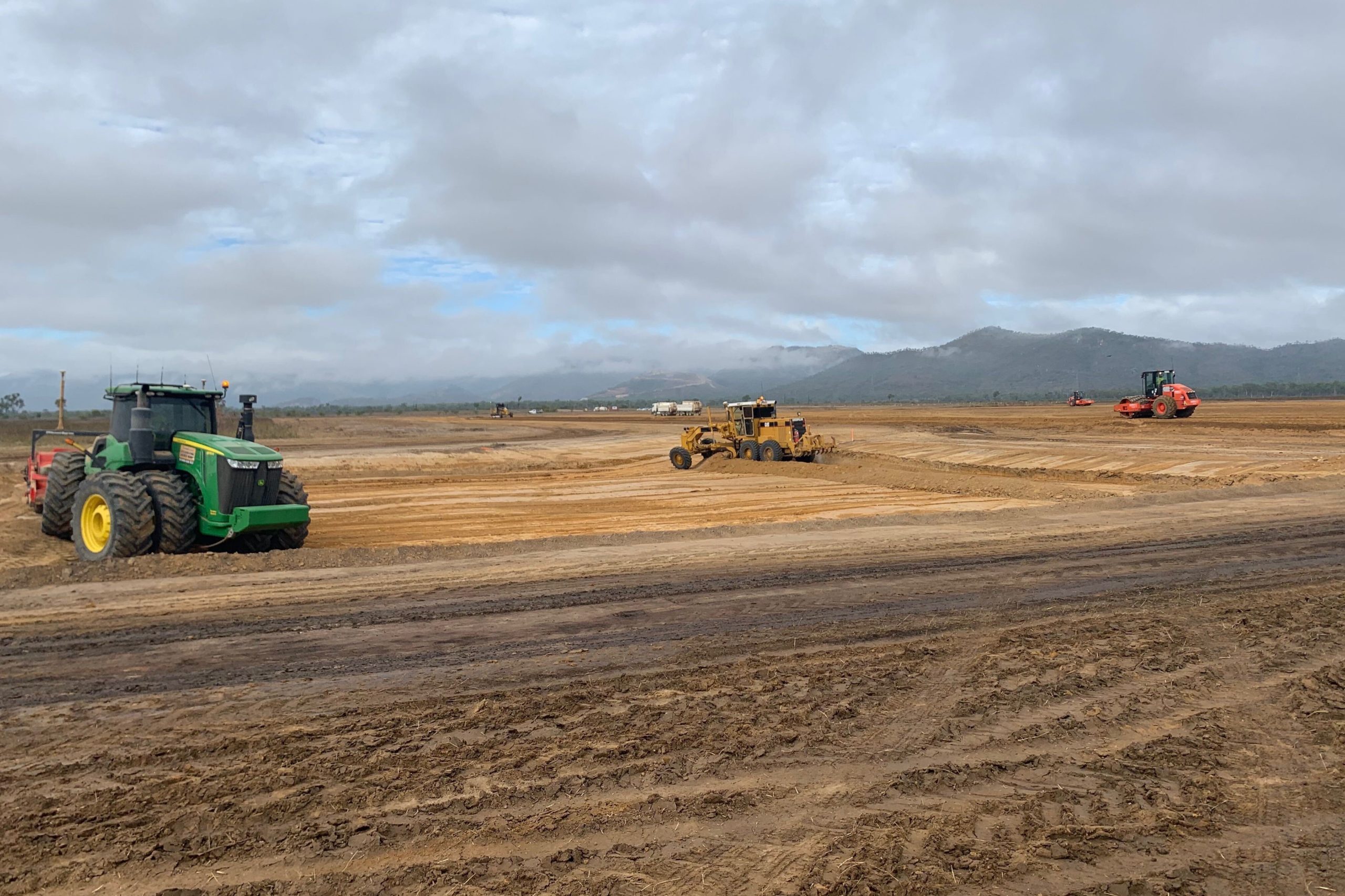 Work has begun on the DriveIt NQ facility near Townsville

Groundwork has begun on the long-awaited driver training and racing facility, DriveIt NQ, near Townsville.

Situated 40km south of the Queensland city, plans are in place for an FIA graded circuit, drag strip, speedway, offroad and kart circuits, jet boating, and facilities for RC cars to be built.

Work has begun on the central spine road to the facility, stormwater infrastructure, and arterial roads.

The first part of construction, which began this week, will see a highway-grade 200m x 100m skid pan built that will allow for driver education and heavy vehicle rollover prevention training.

It is anticipated the first part of the build will be completed by November this year.

“We’re into the final design stages of our circuit, which is going to be about 2.7km long with the option of adding on a couple more sections that would take it up further,” said Driscoll.

“We’re hoping that we will go through a continuous construction phase, so when the current civil works is complete we’ll move straight onto the circuit.

“Our original plan is to have that functionally complete by next year. We’re still on schedule to do that, subject to weather and COVID. It’ll be top-notch.”

The Federal Government has invested $12 million in two grants to the facility. As a not-for-profit organisation, DriveIt NQ has been granted the land by the council on a peppercorn lease.

Driscoll said the second phase of the build still requires $12 million in funding, which they hope they can get from the State Government.

With funding, Driscoll said the circuit could be completed as early as April 2021.

“The State Government are building some access infrastructure, which is important to the project, but we kind of need them to chip in to the project itself,” said Driscoll.

“Our business case relies on all of the racing surfaces to be there and functional. It relies on not going into debt to build it.

“Once we’ve built it, we’re economically viable moving forward to be able to expand and maintain the facility.

“We’ve been on this project now for 16 years, we’re not commercially involved, we’re a volunteer organisation.

“We feel that in order to get a project like this up and running, it needs buy-in from all three levels of government. To that extent, we’re hanging out for the State to get their chequebook out.

“The economic benefit to Townsville is about $3 million a year if we’ve got it fully operational. Guaranteeing that kind of economic benefit for $12 million of investment is pretty damn good.”

Ultimately, Driscoll hopes the racing circuit is capable of hosting Supercars, though his aim isn’t to take the Townsville event away from its current home on the Reid Park Street Circuit.

“Although it’s never been in our business model to run a Supercars event, we’re building the facility so that it can run that kind of event,” Driscoll explained.

“We love the Townsville event, but we know in future it may not be viable to run street races. If that is ever the case, we would hate to lose the event off the calendar.

“We’re mindful that if we’re going to build a facility, we should plan like it can run a level one event.

“We may not have the associated infrastructure that would be able to cope with that type of event in our initial build, but that can run on its own business case moving forward.”