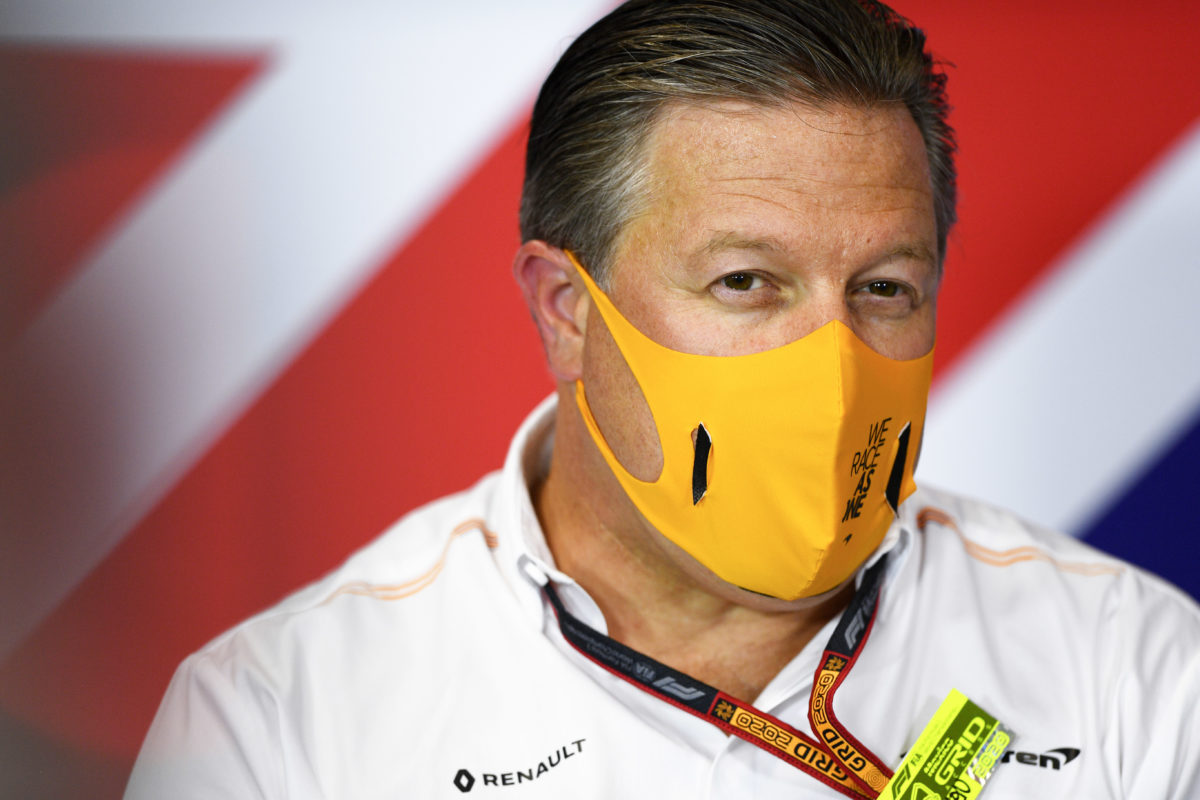 McLaren boss Zak Brown has described Racing Point’s explanation for having such a similar car to last year’s Mercedes as ‘BS’ in light of findings relating to its brake ducts.

Racing Point was fined EUR 400,000 (approximately AUD 650,000) and stripped of 15 constructors’ championship points in total for the breaches found against its two cars.

However, the decision, which multiple teams are set to appeal, relate only to stewards’ determination that the Mercedes customer had indeed not ‘designed’ the brake ducts which its RP20s carry, in contravention of this year’s sporting regulations.

Furthermore, Racing Point will continue to use the brake ducts in question, for which it will only be reprimanded, as it officially was for the last two grands prix.

The findings are the latest chapter of the narrative about the Silverstone-based squad’s 2020 car, which had already been dubbed by several members of the paddock as the ‘pink Mercedes’ given its striking resemblance to the W10 which raced last year.

Brown, head of the McLaren F1 Team which is reportedly among those appealing the decision, said that the stewards’ findings raise further questions about the legality of the RP20.

“My initial reactions are that Racing Point has been found guilty and I am concerned that they still have those (parts) that were deemed illegal in Austria on the race car now,” he said during the team representatives press conference at the 70th Anniversary Grand Prix, prior to lodgement of the intent to appeal.

“I think that is confusing for the fans; how something that is not legal in Austria is still on the car.

“Obviously they claimed that they had copied the car via photography. It’s clear from reading the document that is BS and therefore you have to question anything else around that car.

“I think this is, potentially, the tip of the iceberg, the starting point of looking at what’s happened here, because I don’t think it’s healthy for the sport.

“So, I think it’s thrown up a lot more questions than answers and there’s new evidence that we’ve now been able to see and it’s something we are going to review quickly and understand the appeal process and whether that’s something that we potentially want to participate in.”

Mattia Binotto, Team Principal at the Scuderia Ferrari outfit which has now confirmed its intent to appeal the brake duct decision, claimed that the penalty was insufficient.

“We believe the regulations are clear enough,” he said.

“We believe that there may be a breach of regulations in what is that process but probably at the moment, looking ahead and looking forward, it’s something on which we need to clarify.

“I don’t think that the verdict of today is sufficient because again it’s only relative, eventually, to the brake ducts but not the entire concept so as Zak said, I think it’s only the… it’s like an iceberg, at the moment it’s only the tip of the iceberg.

“There is much to discuss further.”

Expanding on the question about the ability to replicate a car so closely simply by photography, as Racing Point claims, Binotto commented, “I think that if it has never happened so far, in all the history of F1, you know it means that somehow it’s almost impossible to do.”

Racing Points’ 15-point penalty has seen it drop from fifth to sixth, just behind Renault, in the constructors’ championship.