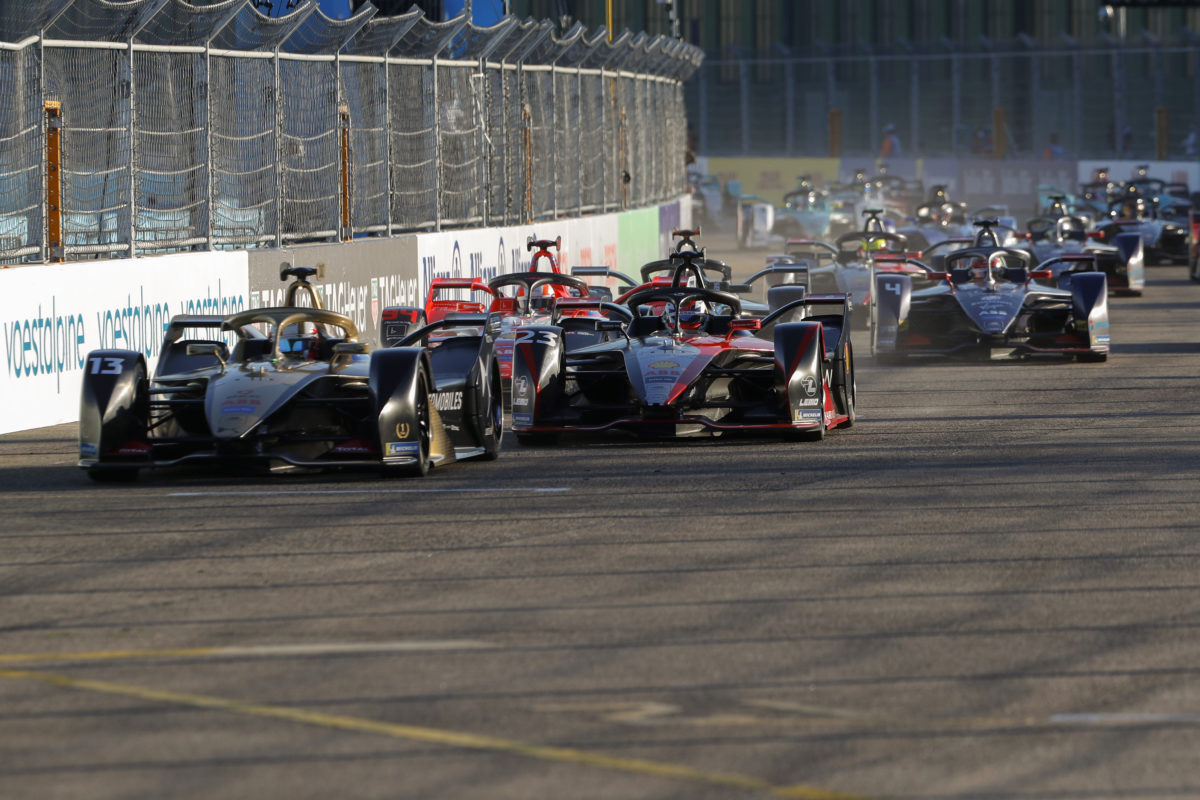 Antonio Felix da Costa leads the field at the start

The Portuguese driver dominated Round 7 of the 2020 season, the second race in as many days at the Tempelhof Airport circuit in Germany.

Run on the reverse configuration of the circuit, da Costa headed Sebastien Buemi and Lucas di Grassi to the flag.

Da Costa claimed an early lead after starting from pole position as Buemi was forced to go defensive to protect against the squabbling Alex Lynn and Nyck De Vries.

It allowed the DS Techeetah driver to open a small lead on the opening lap which would never be challenged.

Buemi’s charge was further blunted when he activated his first Attack Mode just as a Full Course Yellow was deployed after Maximilian Gunther lost his front wing.

No sooner had that ended but another was shown, this time for Sam Bird shedding bodywork.

Combined it nullified Buemi’s charge and left da Costa with the resources to see off any late charge with his own use of Attack Mode.

The result marked Da Costa’s third win of the season, while di Grassi and Stoffel Vandoorne are now tied on points for second in the championship.

Mitch Evans, who had sat second in the standings heading into the race, has slipped to fourth, though only a point in arrears of di Grassi and Vandoorne.

Formula E remains at Tempelhof for the final four races of the 2020 season, the next scheduled for August 8.