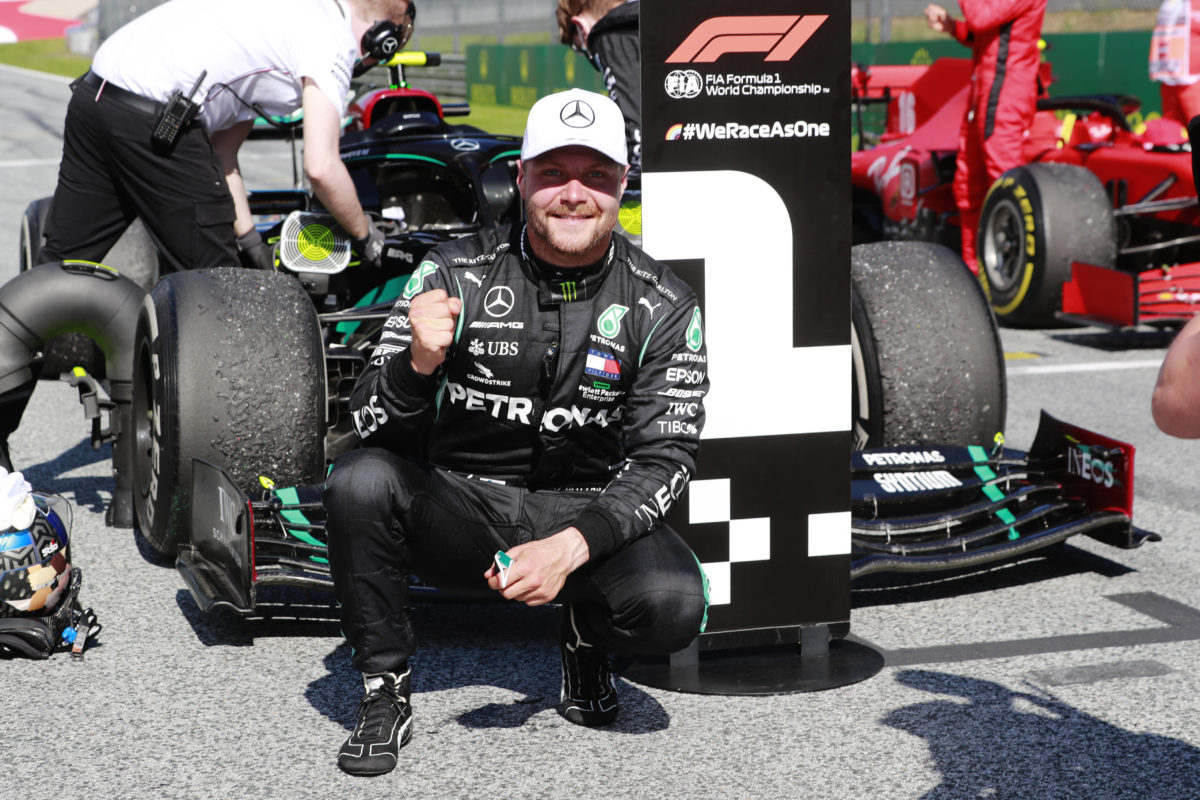 Valterri Bottas and Mercedes have extend their relationship to keep the Finn with the world championship winning squad until at least the end of 2021.

The Finn was widely expected to remain with the squad after Williams confirmed George Russell would stay put for next season.

A Mercedes junior, Russell is tipped to join the factory team in the future.

“I’m very happy to stay with Mercedes in 2021 and build on the success we’ve enjoyed together already,” said Bottas.

“The past few years have been all about continuous improvement, working on every aspect of my performance.

“I’m confident that today I’m the strongest I’ve ever been, but I can always raise the bar.

“Ever since I fell in love with F1 as a kid it’s been my dream to one day become world champion.

“I’m in the fight for the title this year and staying with Mercedes puts me in the best possible position to compete for it next season as well.”

Mercedes Team Principal, Toto Wolff, added: “We are very excited that Valtteri will stay with the team for at least one more season.

“We’re seeing the strongest Valtteri we’ve ever seen this year – in terms of his on-track performance, but also physically and mentally.

“He is second in the championship, finished the last season in P2 and plays a very important part in our overall team performance.

“I’m confident that we have the strongest driver pairing in F1 today and signing Valtteri is an important first step in retaining this strength for the future.

“Valtteri is a hard-working, straightforward guy who has a good relationship with the entire team – including his team-mate, which is not a given when both drivers are fighting for the championship.”

Bottas’ previous deal was set to expire at the conclusion of the current season.

He finished second in the 2019 championship and holds down that position in the current campaign.

During his F1 career he has chalked up eight wins, the most recent of which came at the season-opening Austrian Grand Prix.