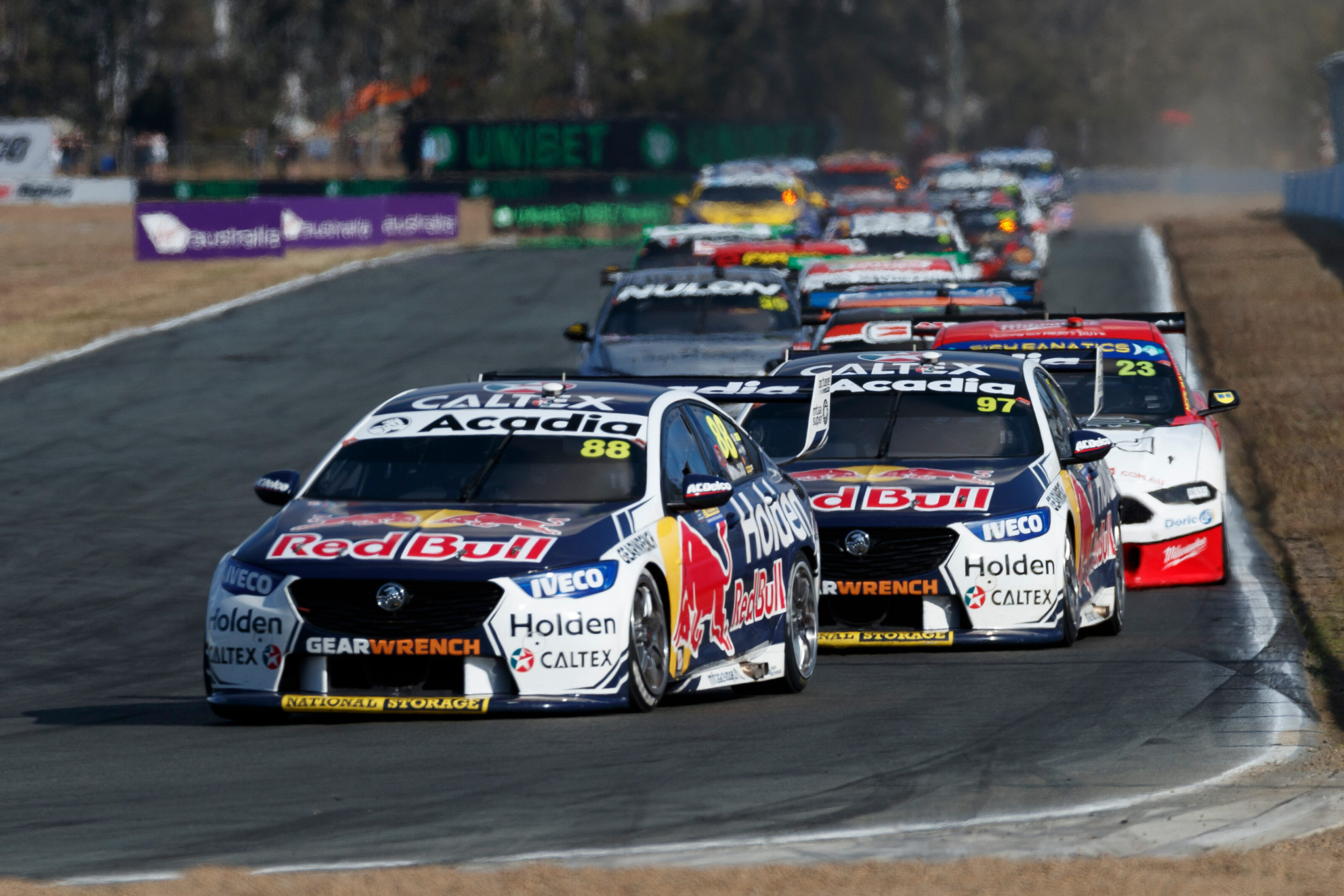 Queensland Raceway could host Supercars in 2020

Supercars CEO Sean Seamer says Queensland Raceway is being looked at as an option to join the 2020 calendar.

As previously reported by Speedcafe.com, Supercars is considering adding the Ipswich circuit to the calendar while Melbourne- and Sydney-based teams are on the road.

Those teams are expected to be out of their respective states until at least the end of August.

However, their stay could be extended with a double-header at Townsville in the pipeline and up to two events at Queensland Raceway a possibility.

A run of possible up to four events could take the teams through to the Supercheap Auto Bathurst 1000, which could close out the 2020 season.

Speaking with select media, including Speedcafe.com, Supercars CEO Sean Seamer said the Ipswich circuit is being considered for a return.

“We’re absolutely looking at that as an option,” said Seamer.

“It’s obviously in a good location from an operations point of view for the teams, but we’ve just got to keep an eye on the hotspots over the next couple of weeks.”

The addition of Queensland Raceway to the calendar would effectively take the place of Sandown International Raceway, which has been labelled “at risk” by Supercars.

Seamer said Supercars will get through it’s forthcoming events at Hidden Valley Raceway in Darwin before making any possible announcements.

“Don’t expect any further announcements around plans post-Townsville probably until we get closer to Townsville to be honest,” Seamer added.

“If nothing else, the events over the past couple of weeks have shown us that it’s extremely difficult to plan more than four to six weeks in advance at the moment.”

Asked whether a double-header might be in the works, Seamer said: “It would be too early to speculate on that.”

As recently as last week, Queensland Raceway owner John Tetley said he hadn’t had any contact with Supercars.

The circuit currently does not have an FIA track license with Motorsport Australia.

Earlier this week a Motorsport Australia spokesperson told Speedcafe.com that the circuit would need to be returned to its 2019 configuration to obtain a licence and host Supercars.