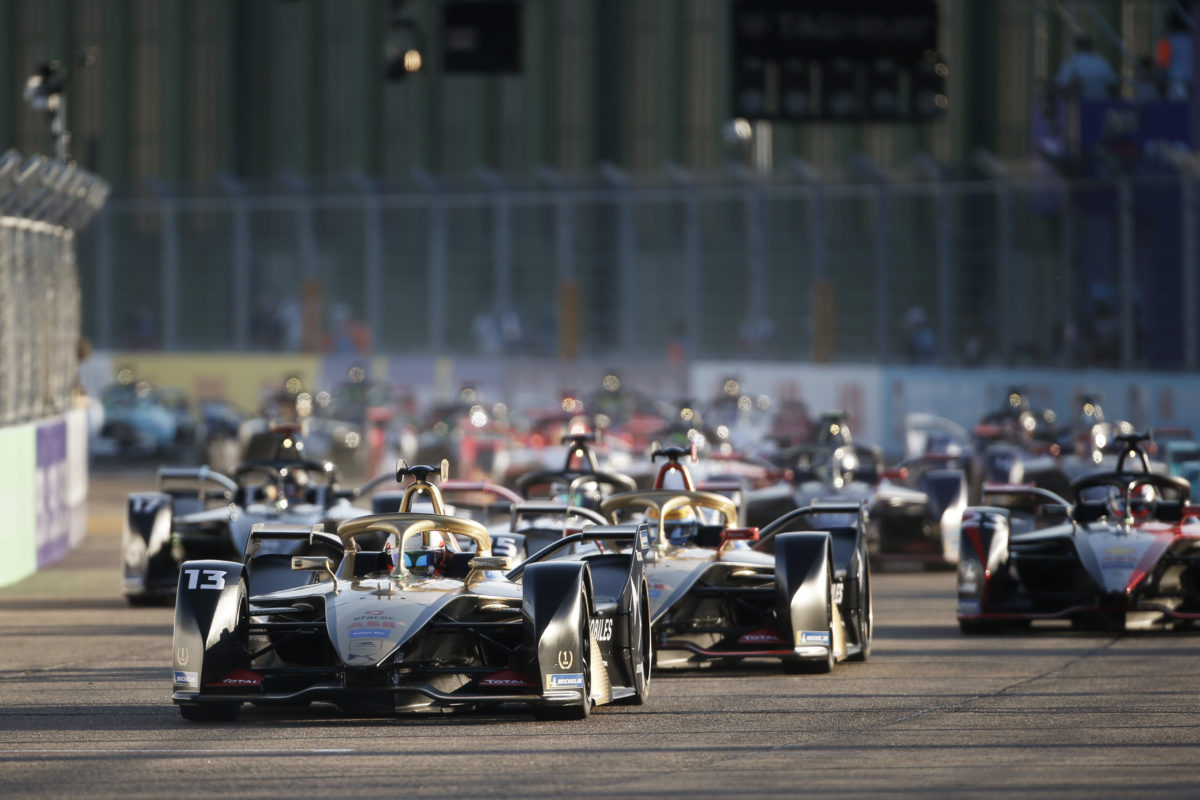 Da Costa leads the field at the start

Antonio Felix Da Costa has claimed the fourth Formula E victory of his career after fending off Jean-Eric Vergne in Berlin.

The two DS Techeetah entries dominated the majority of the race before late drama befell Vergne.

As he fell from second to 20th in the closing stages it saw Andre Lotterer claim the place with Sam Bird third.

Da Costa and Vergne skipped clear of the pack from the start to open a two second advantage after the opening lap.

That was wiped out when Robin Frijns crashed at Turn 2 on Lap 9, and though he was initially able to get going he compounded his problems by running over kerbing that made the damage terminal.

Once restarted, the race resumed the same tempo as before with Da Costa leading Vergne at the head of affairs.

The second placed Frenchman then began to launch at attach on his team-mate just as Felipe Massa forced a Full Course Yellow when he crashed at Turn 6.

That snuffed out Vergne’s charge and he soon began to drift backwards, ultimately being turned around by Lucas Di Grassi.

Da Costa went on to win by more than five seconds from Lotterer and Bird, who’d moved up from seventh on the grid with a late charge.

Along with victory, Da Costa also snared points for fastest lap, superpole, and topping his qualifying group, making the Portuguese driver the first to pick up a full compliment of points for the event.

He now tops the standings on 97 points from Mitch Evans, who could manage just 14th, on 56.

Formula E is back in action at the Tempelhof airport circuit tonight for its seventh event of the season – the second in a run of six successive races at the same venue.