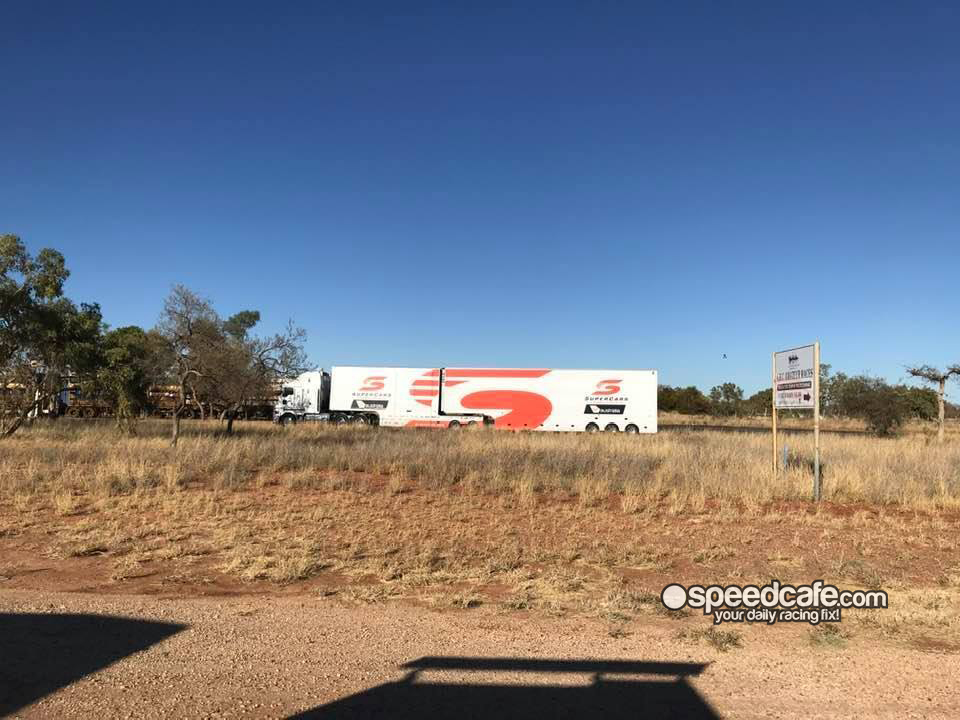 A Supercars transporter at the Barkly Homestead, Northern Territory

Supercars transporters have entered the Northern Territory and a charter flight from Brisbane to Darwin is set to depart shortly after midday today.

On Tuesday it emerged transporters were stationed at a Camooweal truck stop just over 10km from the Northern Territory border awaiting border clearance.

Speedcafe.com has since learned that team transporters have left Queensland and entered the Northern Territory on Wednesday morning.

A transporter parade was set to take place on August 6; however, event organisers are investigating a parade on August 13.

A flight is expected to depart Brisbane this afternoon that will take Supercars officials, drivers, and teams to Darwin.

Anyone who has been in a designated hotspot in the preceding 14 days must undertake a 14-day hotel quarantine at their expense.

Supercars acknowledged the hotspot declaration on Friday, but since then has not made an official statement on the status of the forthcoming events in Darwin.

On Tuesday a Supercars representative confirmed to Speedcafe.com it was awaiting official confirmation from the Northern Territory Government but expected both events to go ahead.

The BetEasy Darwin Triple Crown and CoreStaff Darwin SuperSprint are set to take place on August 8-9 and 15-16 respectively.