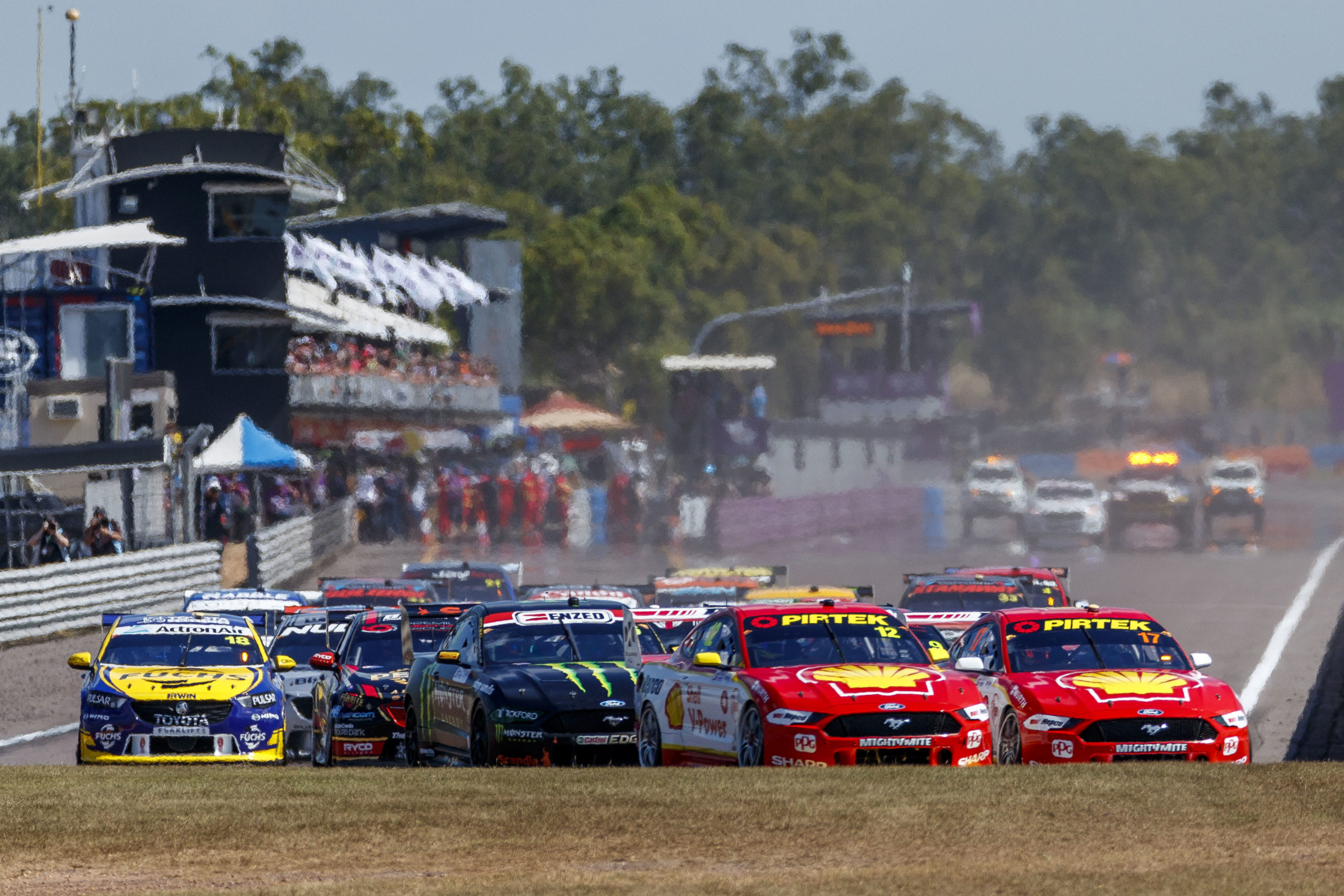 The first event in the Darwin double-header takes the original weekend of the second event, which now has a TBC date.

Speaking with select media, including Speedcafe.com, Supercars CEO Sean Seamer said details of the Darwin SuperSprint will likely be confirmed next week.

Speedcafe.com understands that could see Supercars debut mid-week races with a decision still to be made by the Supercars Commission.

If it were to postpone the Darwin SuperSprint to the weekend following (August 22-23), that would leave just fives days for teams to get their transporters to Townsville (August 29-30) for the seventh round of the championship.

As such, mid-week races would allow more time to travel to Townsville, a journey which takes an estimated 26 hours by car.

“Probably early next week we’ll release the details around what we’re going to do from a second event point of view in Darwin; in terms of time of week, time of day, et cetera,” said Seamer.

“The event we had planned this weekend, format and tyre allocation, TV coverage with Channel 10, et cetera, will be next weekend.

“And then the second event, that was supposed to be that weekend, we’re currently rescheduling.

“We’ve got broadcast obligations that we need to deliver on, which is why this weekend has been pushed back a week.

“We’re working through those options right now with the Northern Territory Government. There’s an election up there, there’s other sport on, and we need to factor in the broadcast windows as well. There are a few people we need to get aligned before we can announce that.”

Asked whether Supercars might look to host mid-week twilight races, Seamer said they would “absolutely” consider the option.

“I think what we’ve shown, if nothing else, is the preparedness to try different things since we’ve started racing again,” said Seamer.

“We’ve got different formats, different tyre compounds, we’ve raced at night, we’ve raced during the day, and one of the things that’s come out of this is a high degree of flexibility from the teams and the Commission and a willingness to innovate, so expect us to look at that over the next couple of rounds as well.”

The Virgin Australia Supercars Championship will now resume at Hidden Valley Raceway on August 15-16 with the BetEasy Darwin Triple Crown.