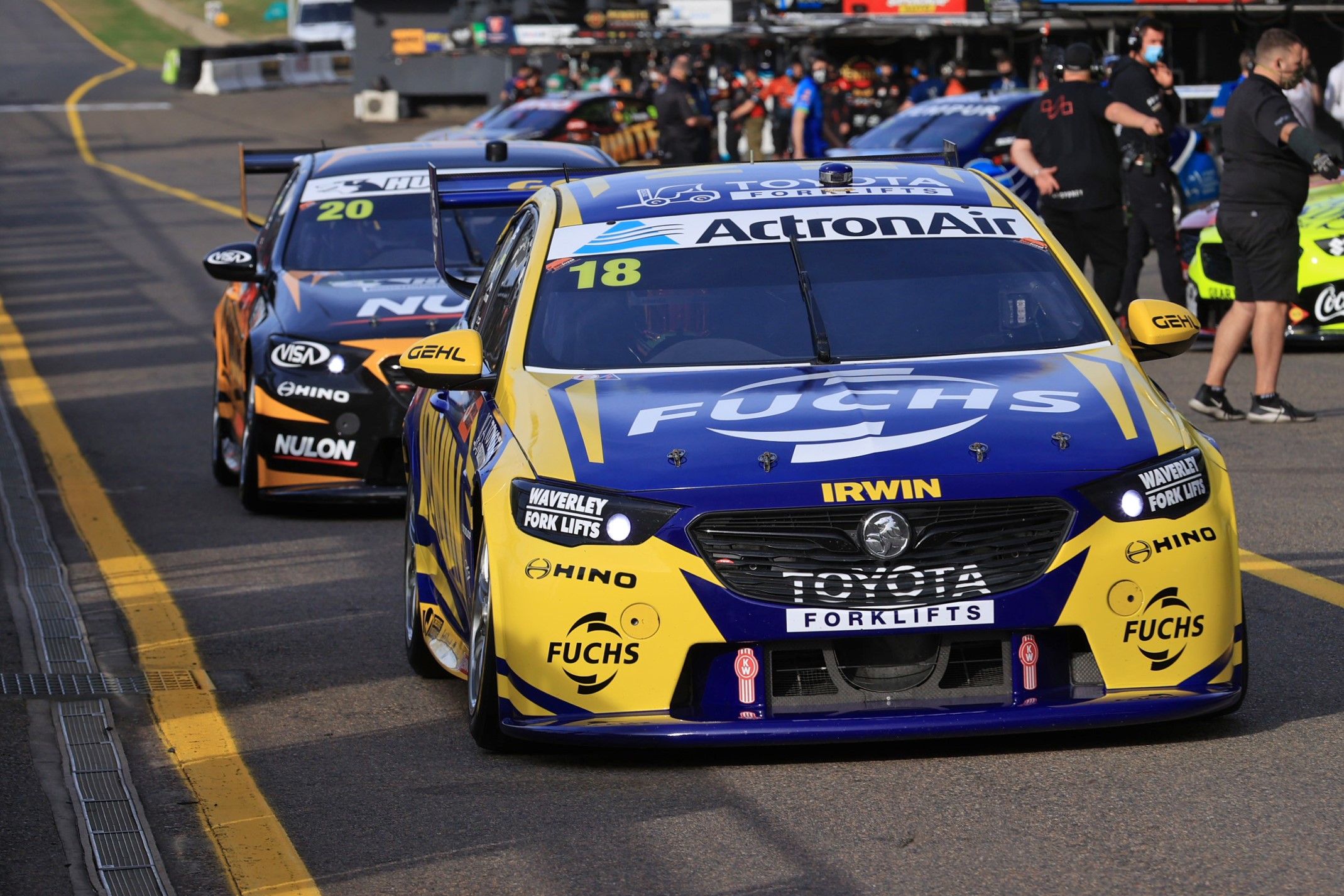 Team 18 figureheads Phil Keed and Steve Henderson believe that with time they can beat their “mothership” Triple Eight Race Engineering.

The team is in its first year as a two-car operation with Supercars champion Mark Winterbottom and race winner Scott Pye.

The Triple Eight customer team is yet to win a race in the Virgin Australia Supercars Championship; however, the Melbourne-based outfit has shown promise.

Team Manager Henderson has over 20 years of Supercars experience and says that the form guide has proven that customer teams are capable of winning.

He cited the success of the K-Mart Racing Team, a customer of the Holden Racing Team, which claimed two Supercheap Auto Bathurst 1000 crowns in 2003 and ‘04.

Team 18 is one of three Triple Eight customer teams, the other two being that of Team Sydney and Matt Stone Racing.

Ultimately, Henderson’s goal is to have Team 18 competing for race wins and eventually the championship.

“The K-Mart team in the day, they were obviously a direct customer of HRT (Holden Racing Team) and they did a fantastic job.

“Most recently, Tekno did a pretty good job a couple of years ago.

“We’ve just got to try and create a decent culture and show them (the team) the glimpses, like last year, that pole position.

“Although it probably elevated expectation, it wasn’t harmful to give the guys a bit of glimmer of hope.

“I think there are ways around it, but just making sure that we’re consistent, initially, is definitely helpful.”

Asked whether beating the “factory” team is significantly harder, Henderson said, “Yes, because you’ve got to do a better job with the mothership’s equipment than what they do.

However, he believes the team’s success ultimately doesn’t lie in equipment it uses, but the people using it.

Having worked with winning teams, Keed said he can see the makings of a team that is capable of scoring victories once it irons out minor issues.

“You can’t say enough what a good framework it is to be a customer team,” said Keed.

“But I guess, by our nature, we’re also catching up because we haven’t got that team synergy yet, and everything else.

“Then, you’ve got to merge that with, you’re not completely setting your own direction, you’re following someone else’s, trying to understand it.

“I think the biggest thing for us really is trying to improve. There’ll be one or two things, right now, there might be a couple of things in a given race that means we can’t win.

Keed noted the pole positions last year at Symmons Plains Raceway not so much as a misnomer, but a glimpse of what the team is capable of.

“Sometimes you’ve got some of the ingredients really early on, I mean, Frosty’s pole last year, we knew that at the time that was very much against the odds,” said Keed.

“That was never really going to flag an immediate jump to ‘we’re always going to be on for pole, and we can go and win races now’.

“People tend to underestimate how long it takes to build that team synergy and everything else.

“We’ve got a group now, and we’ll work to make sure that group doesn’t change, and it then builds trust and that sort of belief that you have.”

While the team hasn’t yet won a race, Scott Pye was able to beat both Red Bull Holden Racing Team drivers Shane van Gisbergen and Jamie Whincup in Race 8 at Sydney Motorsport Park.

The Virgin Australia Supercars Championship is set to return with the double-header in Darwin on August 8-19 and 15-16 respectively.