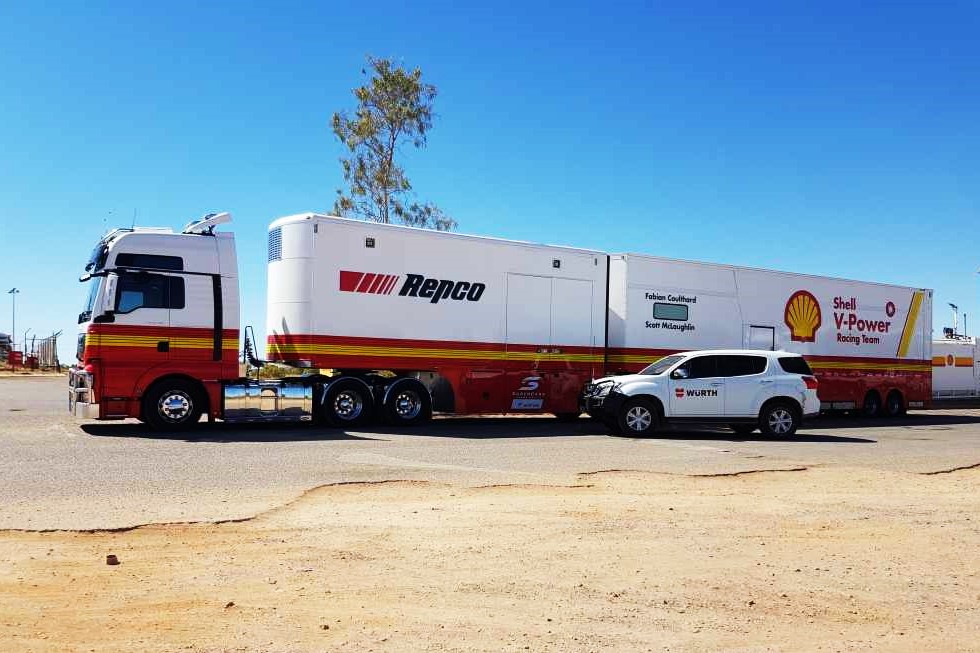 Supercars teams are still at the border awaiting permission to have their transporters cross from Queensland into the Northern Territory.

Speedcafe.com has learned transporters are at a truck stop in Camooweal, which lies a little over 10km from the territory border.

The stop is 1,400km from Darwin, which according to GPS estimates takes over 14 hours by car to reach.

One team owner has confirmed to Speedcafe.com that they are waiting near the border in Camooweal; however, they could not provide further comment on instructions from Supercars not to speak to the media.

It is understood teams were set to cross the border earlier today but have not been given instructions to enter the Northern Territory yet.

Supercars personnel, drivers, and teams were set to leave Brisbane for Darwin on a chartered flight Monday night, but that was pushed back to Tuesday afternoon.

Speedcafe.com has learned the flight has been pushed back again to Wednesday.

Discussions between Supercars and the Northern Territory Government have been ongoing following last week’s government declaration of Brisbane City, Logan, and Ipswich as hotspots.

On Monday this week, the Northern Territory Major Events Company said it was working with Supercars to understand what implications, if any, the hotspot declaration might have.

Earlier today a Supercars representative confirmed to Speedcafe.com that the event was still scheduled to go ahead as planned.

The double-header begins with the BetEasy Darwin Triple Crown on August 8-9 followed by the CoreStaff Darwin SuperSprint on August 15-16.