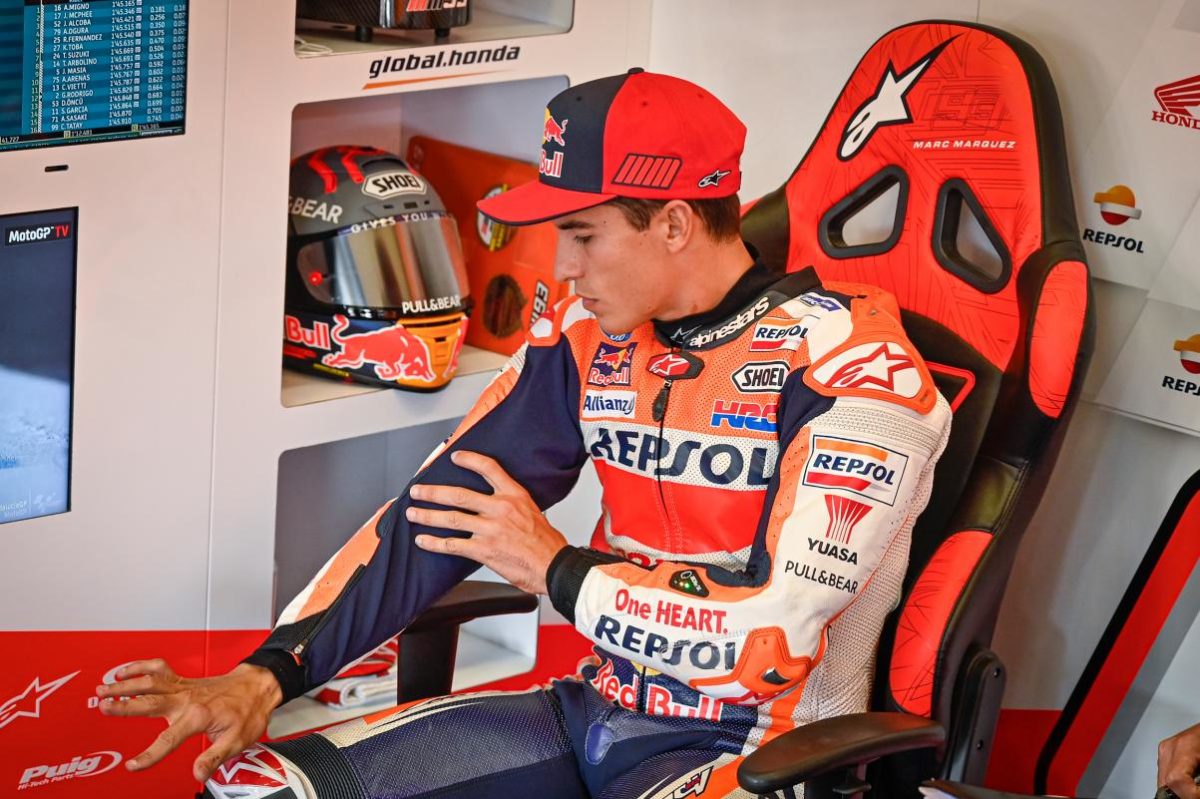 Marc Marquez has undergone a second operation on his broken right arm due to damage to the titanium plate, just days out from the Czech MotoGP event.

The world champion has now had the plate, which was fitted during the first episode of surgery, replaced but the timing of the operation raises doubt over whether he will enter the third round of the premier class season at Brno.

Marquez had fractured his right humerus when he highsided out of the season-opening Spanish MotoGP at Jerez and was struck by his own Repsol Honda.

He attempted to ride in the Andalucian MotoGP on the following weekend, days after the initial surgery, but pulled out just after Qualifying.

MotoGP Traumatology Specialist Dr Xavier Mir confirmed that Marquez had again been into the Barcelona’s Hospital Universitari Dexeus on Monday (August 3, local time), and will remain there for another 48 hours.

“Marc Marquez underwent surgery 13 days ago and today he returned to the operating room,” said Dr Mir, who led the first operation.

“The first operation was successful, what was not expected was that the plate was insufficient.

“An accumulation of stress in the operated area has caused the plate to suffer some damage, so today the titanium plate has been removed and replaced by a new fixation.

“The rider has not felt pain during this period. He has always followed the medical advice given and the feeling from his body. Unfortunately, an over stress has caused this issue.

“Now we have to wait 48 hours to understand the recovery time.”

As such, Marquez would leave hospital just two days prior to the start of practice at Brno although, assuming he enters the Czech MotoGP, he again has the option of waiting until the Saturday to hit the track.

If he cannot ride, his chances of adding a seventh premier class title this year would diminish further, after SRT’s Fabio Quartararo picked up maximum points from the first two races and Yamaha Factory Racing’s Maverick Viñales finished second in each.

There are set to be 12 more premier class races this year, after one at an as yet unconfirmed European circuit was added for November but the three previously remaining flyaways were officially cancelled.