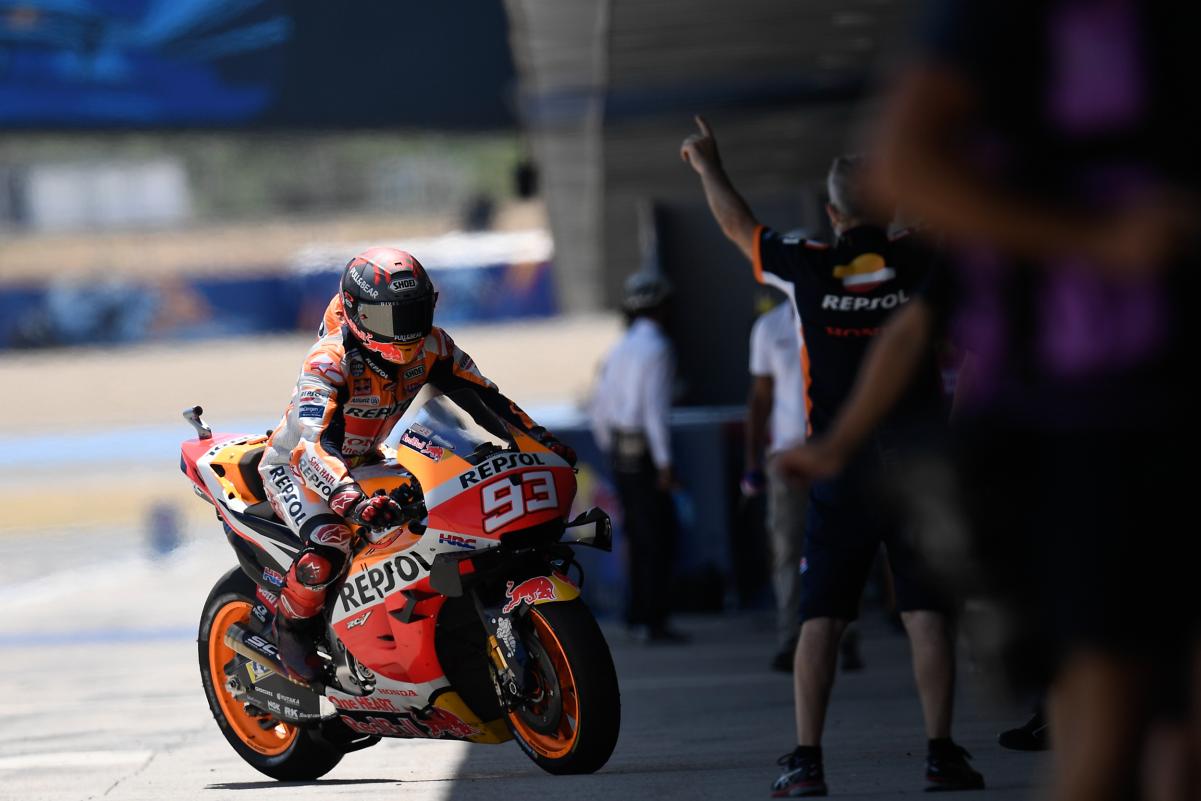 Marc Marquez will be replaced by Stefan Bradl in this weekend’s Czech MotoGP as he recovers from a second operation on his broken arm.

Marquez had the titanium plate in his right arm replaced in surgery in Barcelona on Monday (local time) having fractured the humerus when he crashed out of the season-opening Spanish MotoGP on July 19.

Despite having the plate inserted two days after that crash, he entered the following weekend’s Andalucian MotoGP, also at Jerez, but pulled out after Qualifying.

There will be no such attempt this time around, with Honda instead naming its test rider as a starter at the Automotodrom Brno.

“After undergoing a second operation on his injured right arm, Marc Marquez and HRC have decided that the World Champion will not ride in the Czech Republic in order for him to recover more,” Honda Racing Corporation (HRC) announced in its round preview.

“In his place, HRC test rider Stefan Bradl will mount the Honda RC213V.”

The German himself said, “First of all I want to wish Marc a speedy recovery, what he did in Jerez was incredible and he showed that he has the true spirit of a champion.

“I am looking forward to riding the Honda RC213V again.

“Due to the global pandemic we have not been able to test as we would normally so it will take some time to adjust to the bike and MotoGP again but I have ridden the superbike a few times so I know my fitness is good.

“It’s a challenge I’m looking forward to, competing with the Repsol Honda Team is always a great honour and I am pleased to help Honda. Let’s see how the weekend goes.”

Bradl made four starts last year, one as a wildcard and three as an injury replacement for Jorge Lorenzo, with a best finish of 10th on two occasions.

Marc Marquez’s brother and team-mate, Alex, will arrive in the Czech Republic in eighth position in the championship after finishes of 12th and eighth in his first two MotoGP races.

Petronas Yamaha SRT’s Fabio Quartararo has an opportunity to go 75 points clear of the older Marquez with 11 rounds remaining having won both grands prix at Jerez, although Brno is likely to be more suitable to the Ducatis in particular.