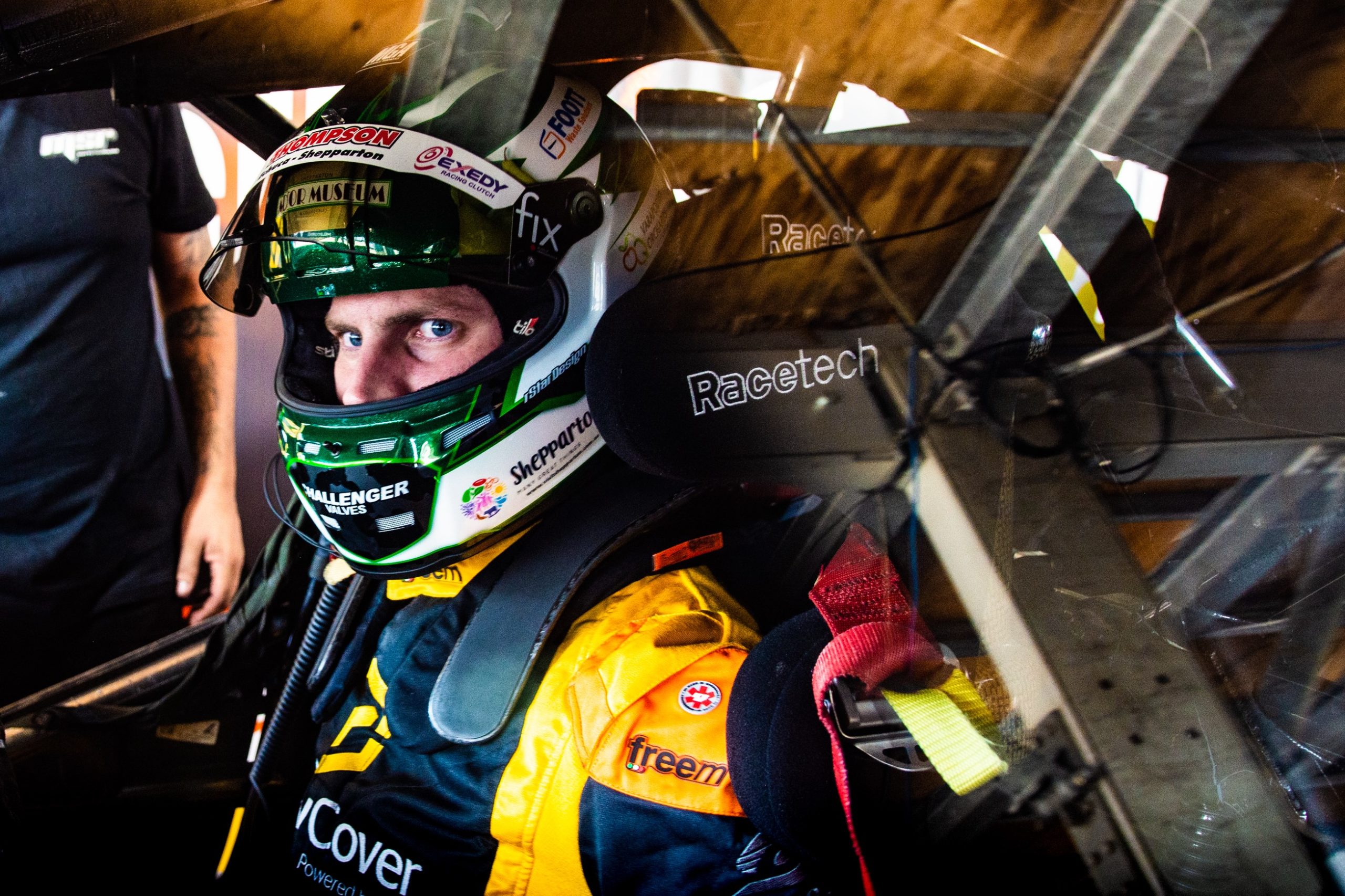 Off the back of his best result in Supercars to date, Garry Jacobson says he’s savouring a “hard working culture” with Matt Stone Racing.

The second-year Supercars driver finished a career-best seventh in Race 7 of the season at the Truck Assist Sydney SuperSprint.

New rules and regulations have seen several drivers come to the fore, including Jacobson who finished his best race not far adrift of the fight for the podium.

Tyre limitations and the removal of refuelling has seen mixed results at the two Sydney Motorsport Park events to date.

Scott McLaughlin has been consistent throughout as the points leader, but he could only muster a 14th place finish in Race 8 while those on newer and softer compound tyres sped ahead.

While the changes have been welcomed by Jacobson, he said he’s been most impressed by his recent performances in qualifying.

“Everybody’s aware it helps drivers have a strong race, but I think for me personally, if you look at the whole weekend from a qualifying perspective, our average qualifying position was 14th,” Jacobson told Speedcafe.com.

“Which for us shows huge progress compared to our first outing. We were debriefing nearly every day after the first race in Sydney.

“Matt Stone Racing has a very, very hard working culture. They know that if they work hard and they show determination just like the drivers, that we can improve every time we hit the track.

“It’s been such a remarkable experience for me to race for this team because the work ethic at this team is just exceptional.

“So for our second attempt at Sydney, we learned so much and we had so much to improve on and we showed that with a top 10 finish.

“The main thing is we’ve got a top 10 finish with 7th, but our average qualifying pace was 14th and I think that’s pretty good, to be honest.

“It was a great rule change for me personally, with being able to run a soft and soft tyre race to get that top 10 result.”

Following the second Sydney event, which featured hard and soft compound tyres, McLaughlin said it had too much influence on the race result.

Hard and soft compound tyres will be used at the forthcoming BetEasy Darwin Triple Crown; however, Speedcafe.com understands soft tyres will only be used for the CoreStaff Darwin SuperSprint.

Jacobson acknowledged the struggles of McLaughlin and company but said he was looking forward to being able to share the strong result with his supporters and sponsor network.

“Being able to come back to my motorsport team and have something positive to talk about, talking to the sponsors as well about how proud they were to see their car at the front, it’s a remarkable thing at the moment and the way that the rule sits,” he explained.

“I know there are drivers out there like Scott McLaughlin and Shane van Gisbergen that might be doing it tough when they’re racing against drivers like me, that are on soft, fresh tires and they’re on hard tires that are worn out. but it’s really good for me, I’m loving it.”

Hidden Valley Raceway will host back-to-back rounds of the Virgin Australia Supercars Championship across August 8-9 and 15-16.