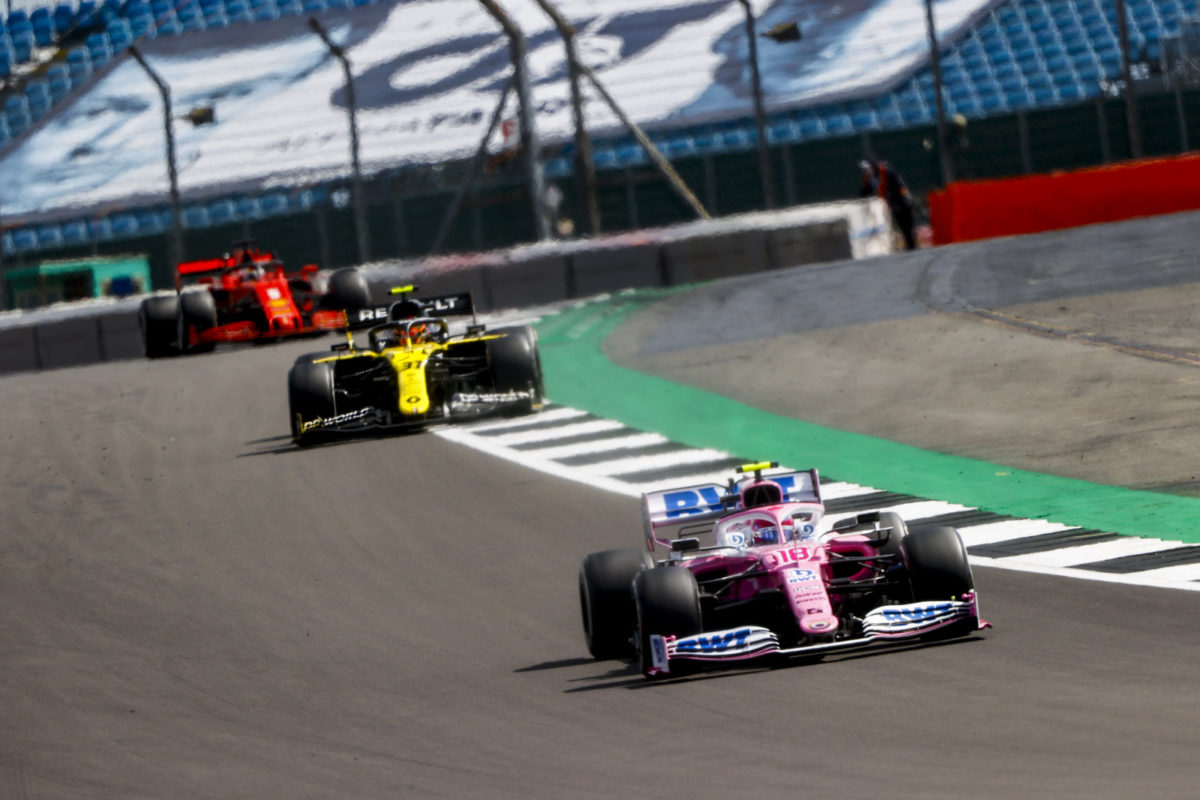 Ferrari has written to F1 and the FIA

Ferrari has waded into the saga surrounding the legality of the Racing Point RP20 by writing to Formula 1 and the FIA seeking clarification over a specific point within the regulations.

Racing Point has been the subject of protests from Renault at the last three grands prix after initial questions were raised over its brake ducts at the Styrian Grand Prix.

A ‘listed component’, regulations mandate that teams must design such items themselves, or own the intellectual property to their designs.

That is a change from 2019 when teams were able to purchase brake ducts from rivals, something Racing Point did.

Appendix 6 of the Sporting Regulations specifically covers ‘listed parts’, and is what Ferrari has asked for clarification on.

The point in question states: “A competitor shall, in respect of the Listed Parts to be used in its cars in Formula One, only use Listed Parts which are designed by it”.

The regulations include additional detail around the use of third party design firms and outsourcing arrangements, making note that “such third party shall not be a competitor or a party that directly or indirectly designs Listed Parts for any competitor.”

It’s understood Ferrari has asked for clarification on how a team can be considered to have designed parts which it freely acknowledges were modelled off another team.

Racing Point claims it has more than 800 drawings demonstrating the design process involved in the development of the brake ducts.

It has also argued that copying what other teams have developed has been part and parcel of the sport for decades.

That point is conceded by rivals, including McLaren’s Zak Brown who suggests in this instance it’s gone too far.

Whether it’s legal or not, I think we’ll have to see how the FIA responds to the protest,” Brown said.

“Putting aside the legality or not, because we don’t know, I think it’s outside the spirit of what we all think Formula 1 is and has been.

“Yes, there’s always been a degree of copying, looking at what that person’s doing on the front wing or a double diffuser, and I think that’s part of the sport,” he added.

“But it’s certainly been taken to the extreme this time where they’ve effectively admitted they’ve replicated someone else’s race car.

“I don’t believe that’s what Formula 1 is about.

“There’s other forms of racing where you have spec racing or two or three different chassis. I think that’s not the DNA of Formula 1.”

Ironically, Paddy Lowe, when employed as McLaren’s Technical Director, stated that “There’s no such thing as ‘spirit of the rules’.

“It’s a term often used but the rule book is just text that has a meaning, and you decide what that meaning is and you work to them,” he added.

“There’s no headline regulation that says ‘and above all else you’ve got to maintain within the spirit of what was intended’.”

A hearing to decide on the legality of the Racing Point brake ducts is set to be held on Wednesday.