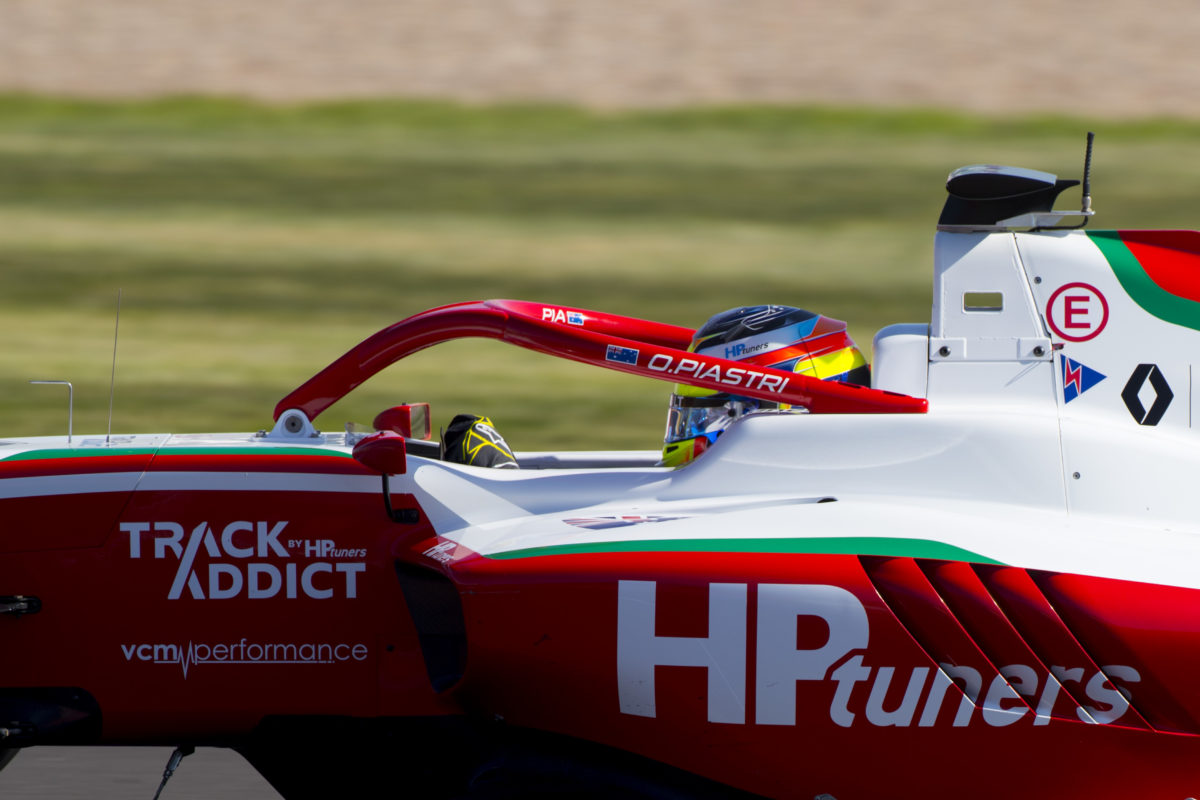 Australian youngster Oscar Piastri continues to lead the FIA Formula 3 Championship though his margin has been reduced following the latest round at Silverstone.

Piastri took second in the opening race of the weekend before failing to finish in Race 2 after the DRS in his rear wing failed.

The gap at the top of the points standings is now down to 17 points after four rounds.

Smolyar had led from pole in the reverse top 10 encounter, holding on ahead of David Beckmann to see the flag first.

However, officials deemed he’d weaved unfairly down Hangar Straight, and picked up a penalty that dropped him off the podium as a result.

Calan Williams picked up a 14th place finish in that race, the same spot he’d finished Saturday’s race in.

Jack Doohan had a weekend to forget after becoming the innocent victim in a clash between Ben Barnicoat and Bent Viscaal that eliminated him from the opening race.

Things then failed to improve when he picked up a puncture early in Race 2, the Australian salvaging 27th at the finish. 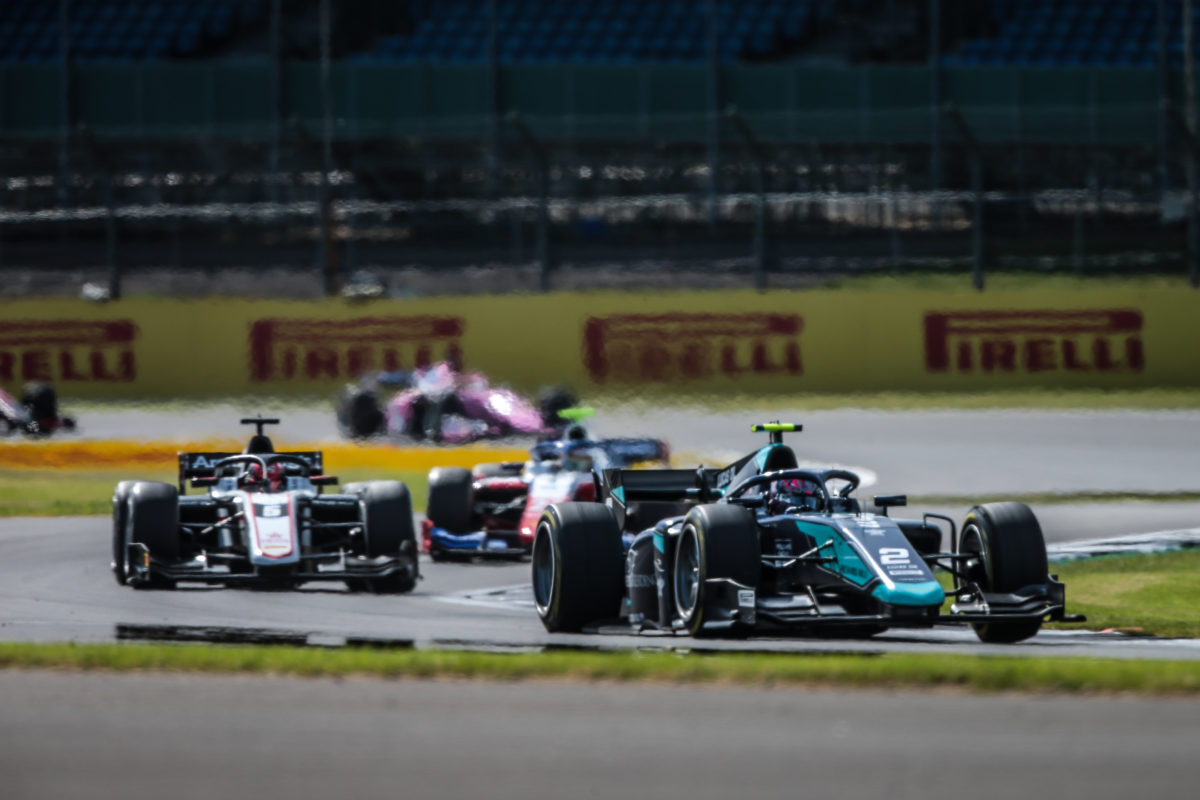 Nikita Mazepin and Dan Ticktum each took a victory at Silverstone in Round 4 of the Formula 2 Championship.

Mazepin won the Feature Race on Saturday after passing Mick Schumacher early in the race.

A strong start from Schumacher had seen him rocket into the lead from third on the grid, though his pace faded as the race wore on.

Guanyu Zhou put in a late charge to climb from eighth following his pit stop to claim second.

In Sunday’s Sprint race, Ticktum led from the start and held the advantage to claim victory.

Callum Ilott spun late in proceedings to draw a Safety Car, with Christian Lundgaard opting to give up second place in favour of fresh tyres.

The decision also paid off as he climbed back to second place, and harried Ticktum as they crossed the line.

The Russian’s advantage at the top of the standings has been eroded to eight points to Ilott, with Lundgaard four points further back.

The Formula 2 Championship is back at Silverstone this weekend for the fifth round of the season. 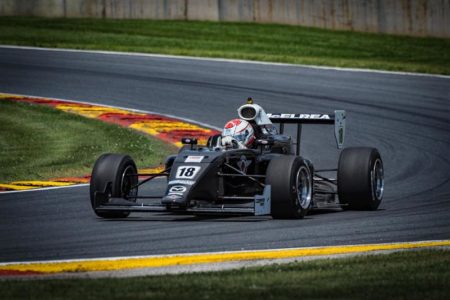 Hunter McElrea scored a second placing on an Indy Pro 2000 weekend at Mid-Ohio which saw three different winners from as many races.

Braden Eves (Exclusive Autosport) led all the way from pole in Race 1 as McElrea (Pabst Racing) finished towards the back of a gaggle of cars in eighth.

Race 2 saw Artem Petrov (Juncos Racing) climb from fourth on the grid to pass Eves for the lead on Lap 7 and went on to win by 8.3s, while McElrea took the chequered flag in sixth after 25 laps.

Sting Ray Robb (Juncos) assumed the lead in Race 3 after a string of incidents ahead of him, with McElrea taking over second spot by passing pole-sitter Jacob Loomis (BN Racing with Team Benik) on Lap 12.

The New Zealander closed in on Robb in the final stages but could not find a way through, and 0.6s separated them at the end.

Devlin DeFrancesco (Andretti Steinbrenner Autosport) is a point clear of Robb at the top of the standings with results of seventh, second, and third at Mid-Ohio.

McElrea occupies eighth spot after five races, with the next likely to be at Indianapolis Raceway Park on August 21 given the postponement of IndyCar’s own Mid-Ohio event. 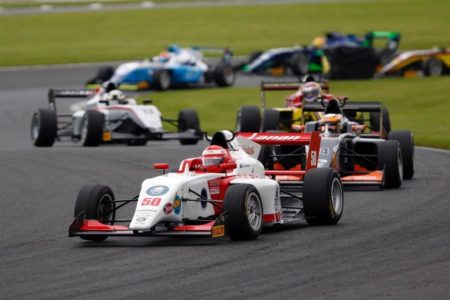 Australian Bart Horsten sits 12th in the British F3 Championship after a podium and a DNF from the season’s first four races, with Kaylen Frederick heading the standings.

Horsten qualified ninth for the Round 1 race at Oulton Park but had to start rear of grid due to a gearbox problem on the warm-up lap.

He ended up getting back to 13th in the 17-car field, while Kiern Jewiss (Douglas Motorsport) was reclassified the victor after a post-race penalty was applied to Frederick (Carlin).

Horsten started the second encounter in third due to the grid reversal and remained there for the duration, as Lanan Racing team-mate Piers Prior took victory.

Frederick dominated the Round 3 affair in which Horsten, who experienced race-long pressure from Oliver Clarke (Hillspeed), was classified fifth.

In the weekend finale, Horsten went off at Island Bend on Lap 7 while running third, as Frederick again led every lap. 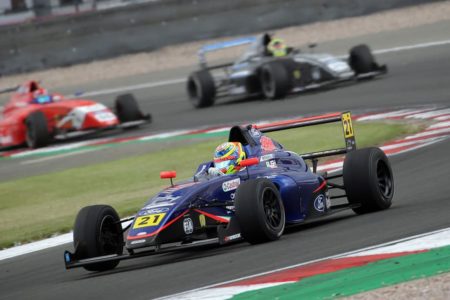 Mansell (Carlin) was classified 12th in the Round 1 race after a 10-second penalty for a false start was applied, with Alex Connor (Arden Motorsport) winning from fifth on the grid.

Red flags flew on Lap 1 of the reverse grid Race 2 when Connor and Roberto Faria (Fortec Motorsport) crashed and were left stranded in the middle of the track.

That proved a reprieve for Mansell, who was in the gravel after contact with Nathanael Hodgkiss (JHR Developments) in a separate incident, and he would ultimately finish fifth while team-mate Zak O’Sullivan won.

O’Sullivan leads the championship while Mansell holds eighth position on the way to Brands Hatch for Rounds 4 to 6 this coming weekend (August 8-9). 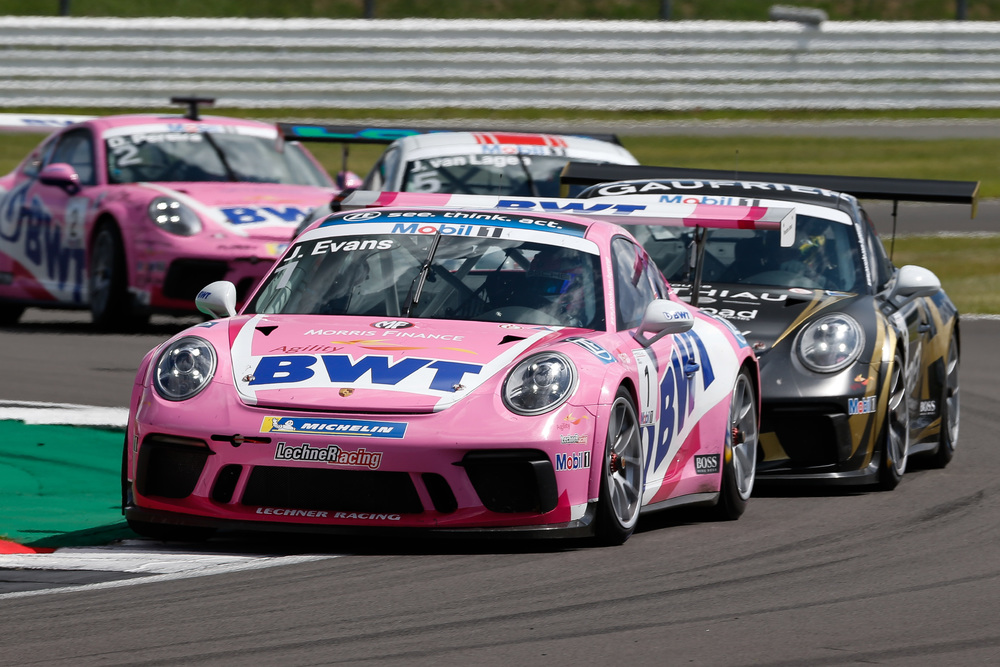 Jaxon Evans claimed third place at Silverstone in the latest round of the Porsche Supercup.

The New Zealander finished 12 seconds in arrears of race winner Larry ten Voorde in the 13 lap encounter, with Max van Spluteren making it a one-two for Team GP Elite.

Australian Jordan Love progressed from 15th on the grid to net 12th on his maiden visit to Silverstone.

Evans now sits fourth in the standings as the series hits its halfway point.

The series now heads to Barcelona for Round 5 as part of the the Spanish Grand Prix weekend on August 14-16.