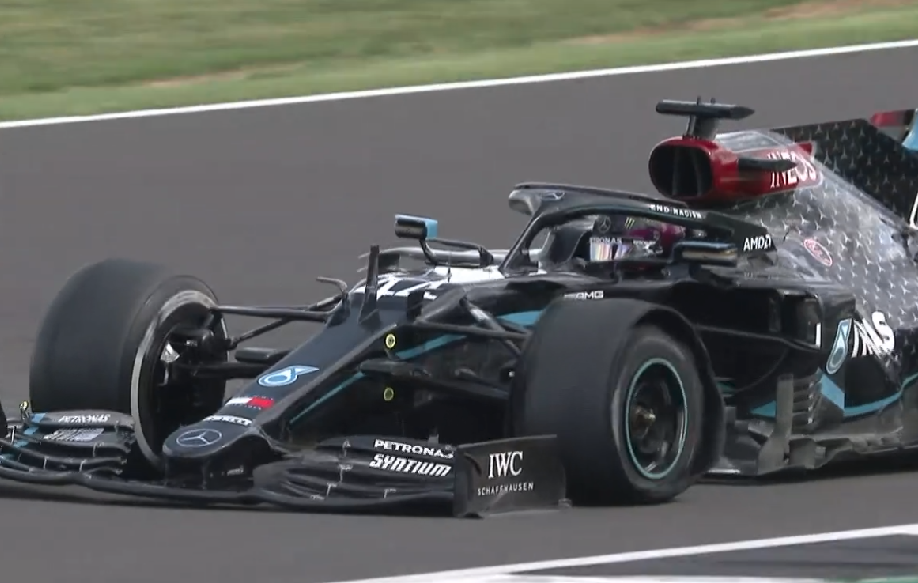 Lewis Hamilton has recounted the dramatic last lap that saw him drag his Mercedes across the line to win the Formula 1 British Grand Prix with just three inflated tyres.

Hamilton started from pole and commanded the race for the most part until a tyre failure on the final lap set up a nail-biting game of cat and mouse.

Red Bull then pitted the Dutchman for new tyres, easing the immediate pressure on Hamilton out front.

“Up until that last lap it was relatively smooth sailing. The tyres felt great,” the race winner recounted.

“Valtteri was really pushing incredibly hard, and I was doing some management of that tyre. He looked like he wasn’t doing any.

“When I heard that his tyre went I was just looking at mine and everything seemed fine.”

With little more than half a lap to run in the 52 lap affair, the same fate then befell Hamilton.

His front left tyre deflated as he powered down the Wellington Straight for the final time, the car pitching up on three wheels as a shower of sparks flowed from its underside.

“The last two laps I decided to back off and then down the straight it just deflated,” Hamilton said.

“I just noticed the shape just shift a little bit. That was definitely like heart in the mouth kind of feeling because I wasn’t quite sure if it’d gone down until l hit the brakes and obviously could see the tyre was falling off the rim.

“Then, just driving it, trying to keep the speed up without, because sometimes it’ll take off and break the wing and all these different things, I was just praying to get it round, not be too slow.”

In spite of the late drama, Hamilton held on to win despite a hard charging Verstappen baring down on him, the final margin of victory less than six seconds.

“I was really chilled for some reason with that at the end,” Hamilton claimed.

“Bono (Race Engineer, Peter Bonnington) was giving me the information of the gap; I think it was 30 seconds at one stage and it was coming down quite quickly.

“In my mind I’m thinking okay how far is it until the end of the lap.

“The car seemed to turn okay through the Maggotts and Becketts, thankfully.

“I remember just giving it full gas out of (Turn) 15 down to (Turn) 16, and then the thing wasn’t stopping. So, I got to the corner, a lot of understeer and I heard him (Bonnington) going 9, 8, 7, and I was just like get back on the power trying to get the thing to turn.

“I’ve definitely not experienced anything like that on the last lap.”

Hamilton now heads the championship on 88 points, 30 more than Bottas in second and 36 clear of Verstappen with four races now in the books. 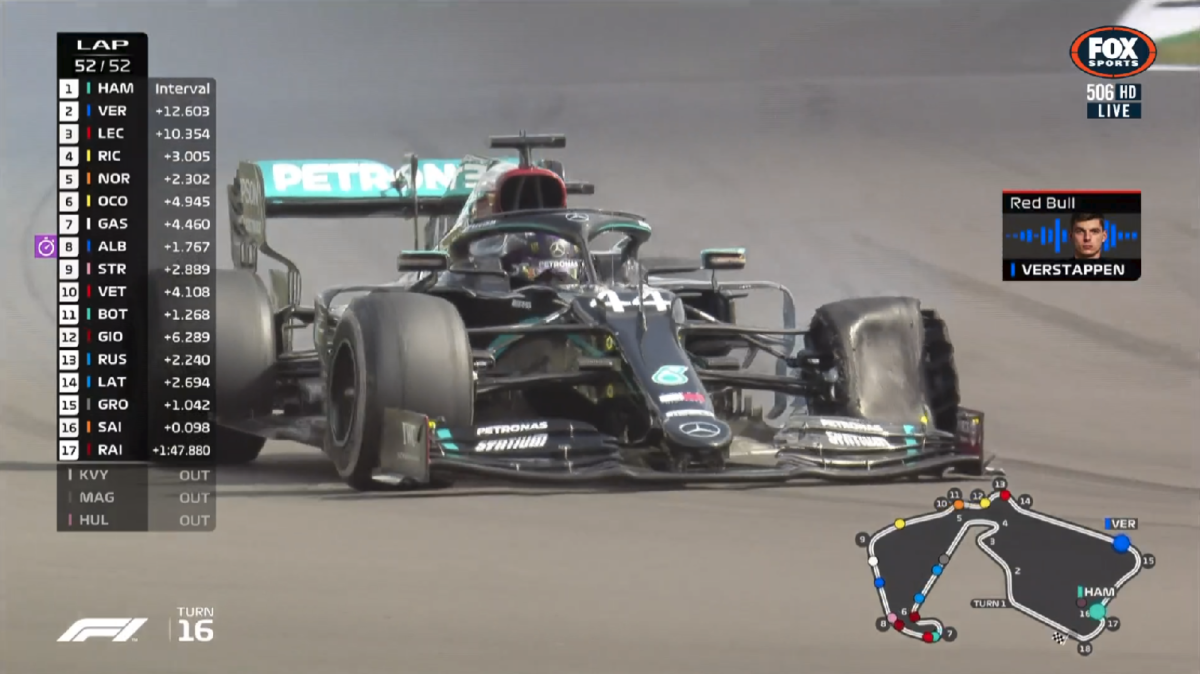