WAU mechanics step up in time of need

WAU mechanics step up in time of need 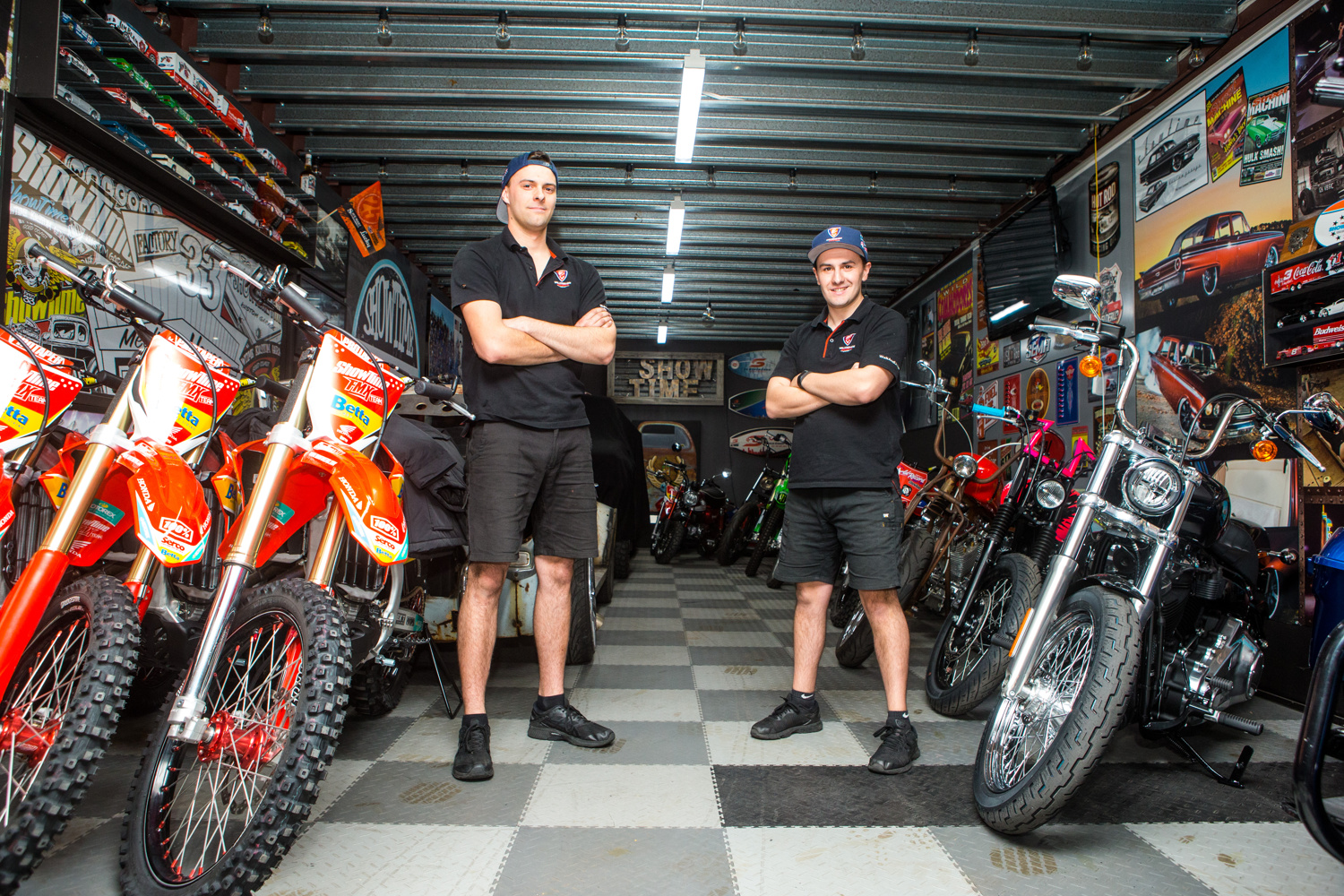 In the rush to relocate Walkinshaw Andretti United, young mechanics Brayden McDermott and Thomas Inkster wasted no time raising their hands and stepping up to the plate.

July 6 will go down in history as one of the biggest days in the Virgin Australia Supercars Championship.

After it was announced the border between Victoria and New South Wales would close, teams initially believed they would have a day to prepare and leave the state by midnight on July 7.

However, it soon became apparent that the border would be closed by midnight on July 6 for anyone from Melbourne.

In the space of just a few hours, five teams packed their cars into transporters and sprinted for the border to meet the 23:59 deadline that night to ensure the season stayed alive.

Crew members were given little time to tell partners of the plans.

For some, including Walkinshaw Andretti United number one mechanics Callum Granville and Karl Bankier, the move wasn’t an option at such short notice.

Both with young families, Granville and Bankier stayed in Victoria.

Meanwhile, the team moved to Sydney Motorsport Park in New South Wales for Round 4 of the championship and then onto Queensland shortly thereafter.

For McDermott and Inkster, it quickly became apparent that they would have to step up temporarily into the number one mechanic position for Chaz Mostert and Bryce Fullwood.

Speaking with Speedcafe.com from their temporary lodgings at ShowTime Entertainment on the Gold Coast, McDermott and Inkster recounted the day of the move. 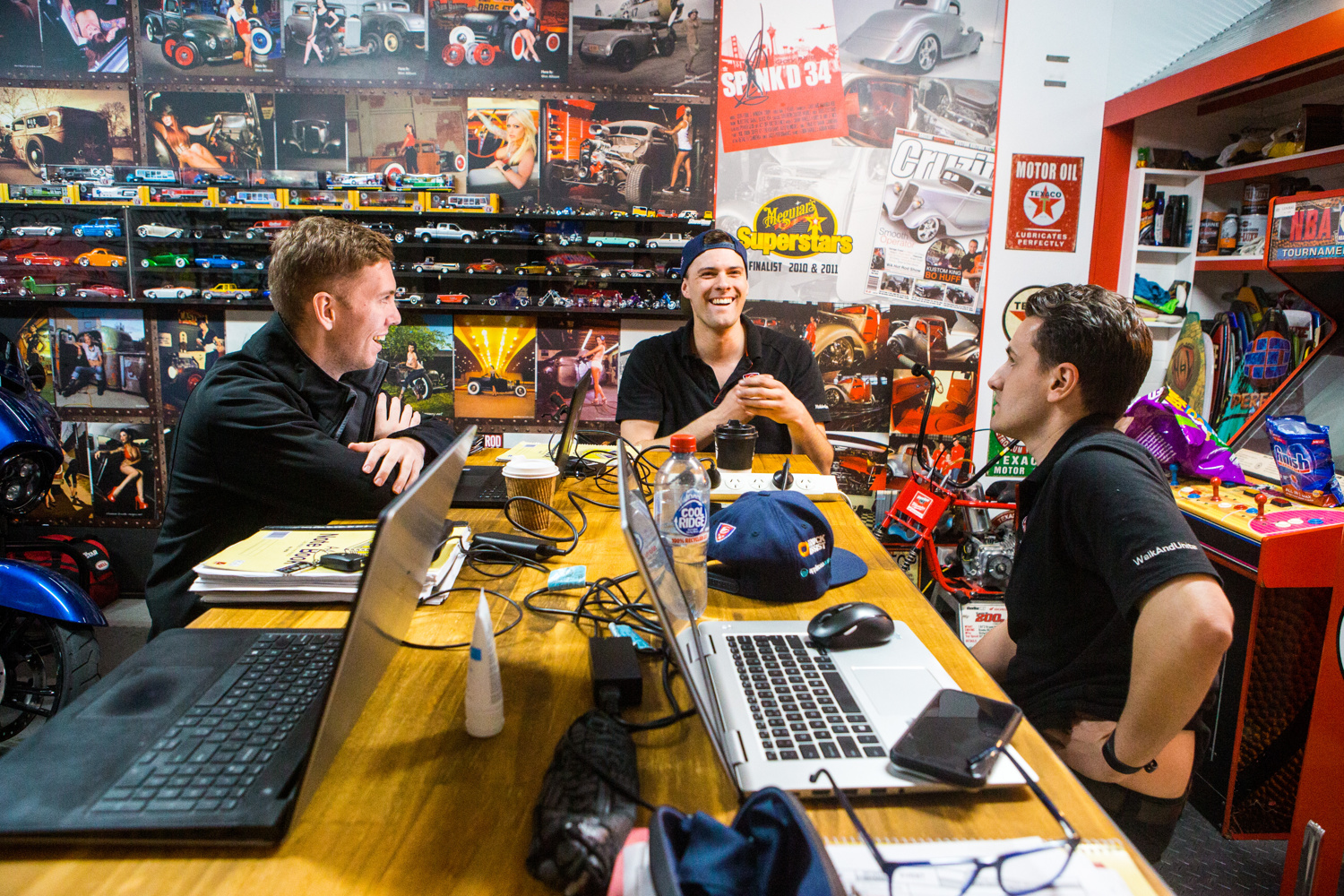 “It all started at about smoko, 10 o’clock, we were sitting on the couches in the lunchroom having a coffee,” McDermott recalled.

“Bruce Stewart (Team Principal) came out and he said ‘Oh there’s a bit of a rumour floating around that we might have to move to Sydney this weekend,’ and by about 10:30 it was ‘we definitely have to go to Sydney,’

“By about one it was ‘cars have got to go in the truck and you’ve got to be in Albury tonight.’ Literally, those four or five hours took off really, really quick. Then it all became very real.

“We weren’t too bad, our cars were in good shape at that point. We had a fair bit of prep already done. It was just a matter of making them roll, get them in the truck, go home, pack a suitcase, kiss the missus on the cheek, and get on the road.

“Callum and Karl have both got young families. They were very hesitant about the situation, which is totally understandable. But at the same time, Tom and I looked at each other and knew straight away that we were happy to travel with no return date.

“It was a weird situation, but for the good of the sport, for the good of the team, to ensure that you’ve still got a job at the end of the day, it was the right decision to make. It’s obviously hard, but you do it because you love it and it’s a passion.”

The move wasn’t all smooth sailing for McDermott and Inkster who both have partners too, albeit, not with children.

“I think we both knew the fact that we don’t have young families, we both have girlfriends, but we can go for as long as we need to,” Inkster said.

McDermott added, “My girlfriend was okay about it initially, she was like ‘no, I understand, it’s fine, it’s all good,’ but then after a couple of days it was ‘do you know when you’re coming back?’ She’s at home with the cat, so I’m getting regular updates from her and the cat.

“The more you make it an issue, the bigger issue it becomes. You’ve just got to grit your teeth and get on with it.”

The more senior position means Inkster and McDermott have more direct lines of communication with other staff, rather than having the number one mechanic relay information to him.

With previous experience in the role, Inkster said the step-up fortunately hasn’t come with added pressure.

He began his Supercars career as an intern at Kelly Racing as a number three mechanic in 2016. 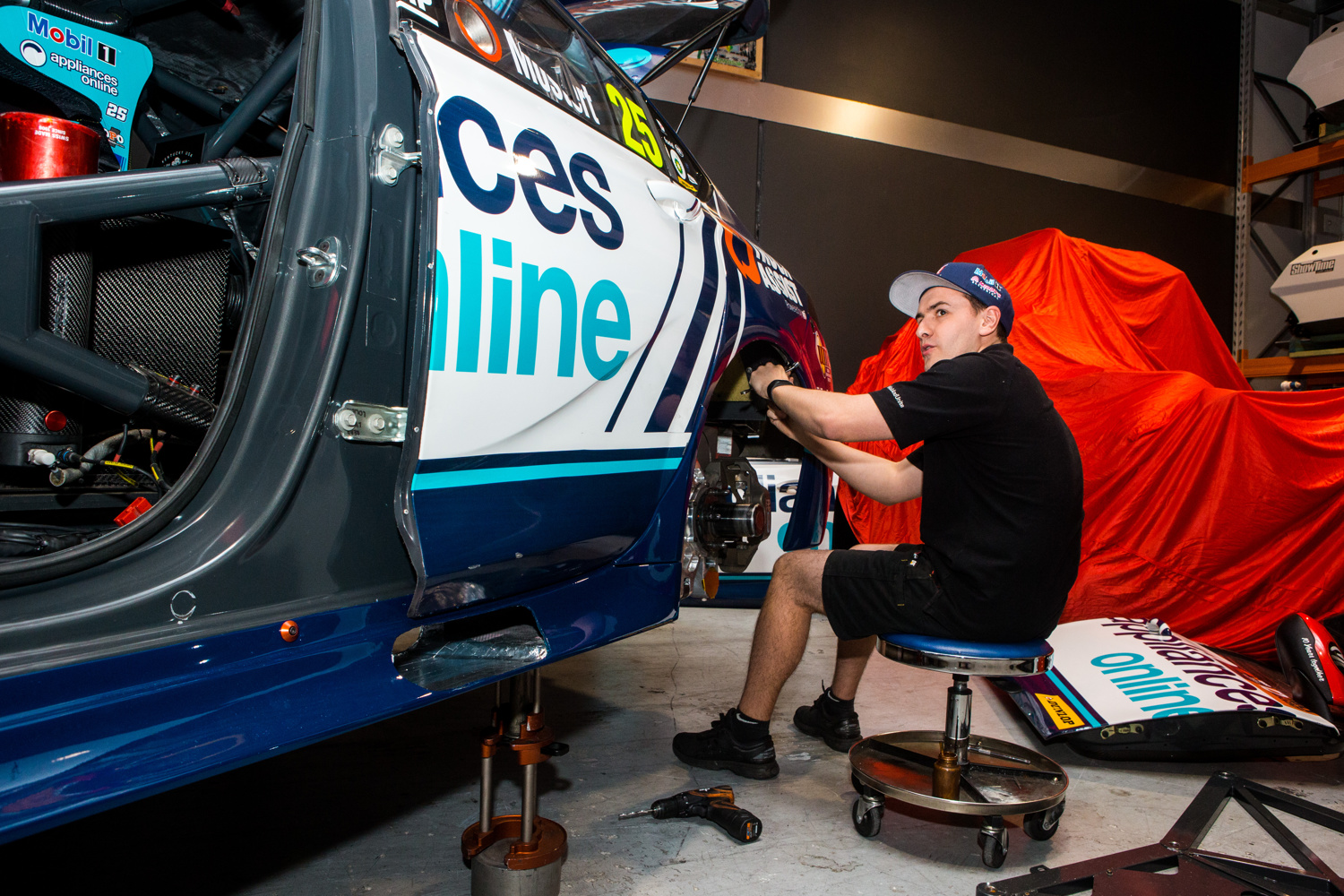 He then joined Rick Kelly as his number two mechanic before taking number one status on Garry Jacobson’s car in 2019.

“All the jobs on the car we’ve done before, it’s just more the running of the car and dealing with all the different personalities that you’ve got to deal with,” said Inkster.

“Realistically, it’s not that big of a jump. I had a little bit of experience with it last year, so I’ve just fallen back into my old habits of running a car.”

McDermott, who joined Walkinshaw Andretti United in 2015 as a number three mechanic and was number two for James Courtney, said not having Faux around has its challenges.

“I think the biggest thing for me I’ve found is just not having Karl there to bounce off,” he explained.

“We bounce off each other a fair bit. That’s probably the biggest thing I’ve noticed so far. But at the same time, you just get on with the job.

While the team finds itself in the sunshine state until at least the end of August, Inkster said they can’t ease off the throttle.

“It’s definitely not a holiday, it’s not being treated as one, we’re not coming up here to have a six-week holiday,” he said.

“Whatever time we might have off we’ll enjoy the beach and have a beer, but until then it’s flat chat working until these cars are ready to roll.”

Inkster also noted the mental toll the time away from home might have as well as the intensity the work may bring.

“There is a point where you know when to stop pushing each others buttons,” he explained.

“Everyone needs a bit of alone time. I know a lot of guys are going for walks int he morning and clearing the head, getting fresh air.

“You’ve just got to look after yourself, go to be early, and try not to be on the beers all week. It’s not a boys trip.” 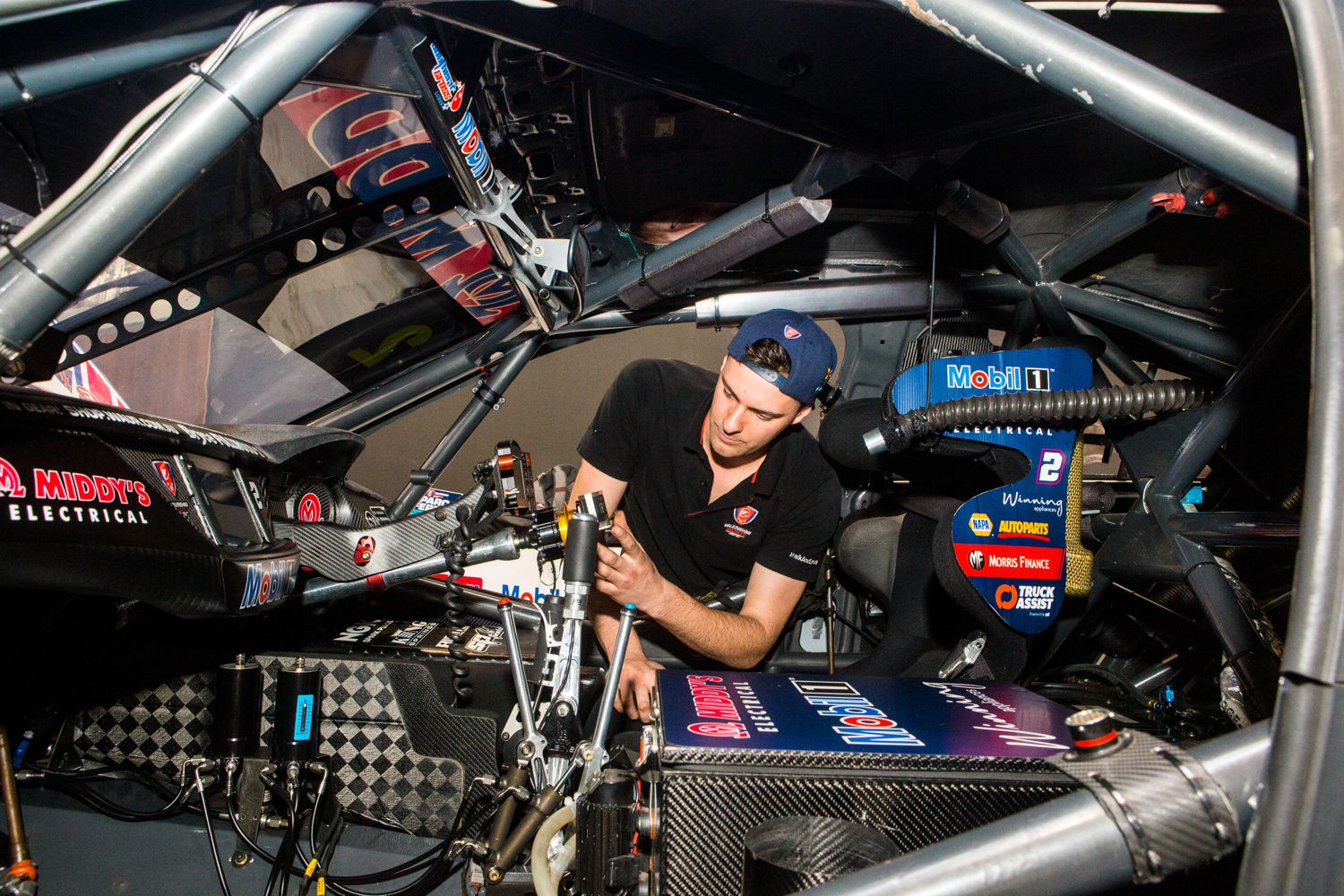 McDermott added, “Even just bring a few homely items with you. Like I’ve brought my Xbox up so it’s set up in the hotel. It’s just little things like that that keep you ticking over.

“As long as the coffee shop across the road stays open every morning I reckon I’ll be alright.

“It’ll be one of those situations where you look back in 20 years and it’ll be like ‘Wow, I can’t believe you guys actually did that,’ but at this point in time you’ve just gotta keep the world ticking over and make sure that all the bills are paid and the team keeps going.

“At the end of the day, we’re all here because we want to be here. There’s no point in trying to shut down the system because it might not start back up.

“It’s a big ball, you’ve got to keep it rolling. If it stops, you might no get it going again. It is what it is.”

Inkster and McDermott are among the Walkinshaw Andretti United crew set to head to the Northern Territory next week for the double-header in Darwin.

Round 5 and Round 6 of the Virgin Australia Supercars Championship at Hidden Valley Raceway are scheduled to take place on August 8-9 and 15-16 respectively.