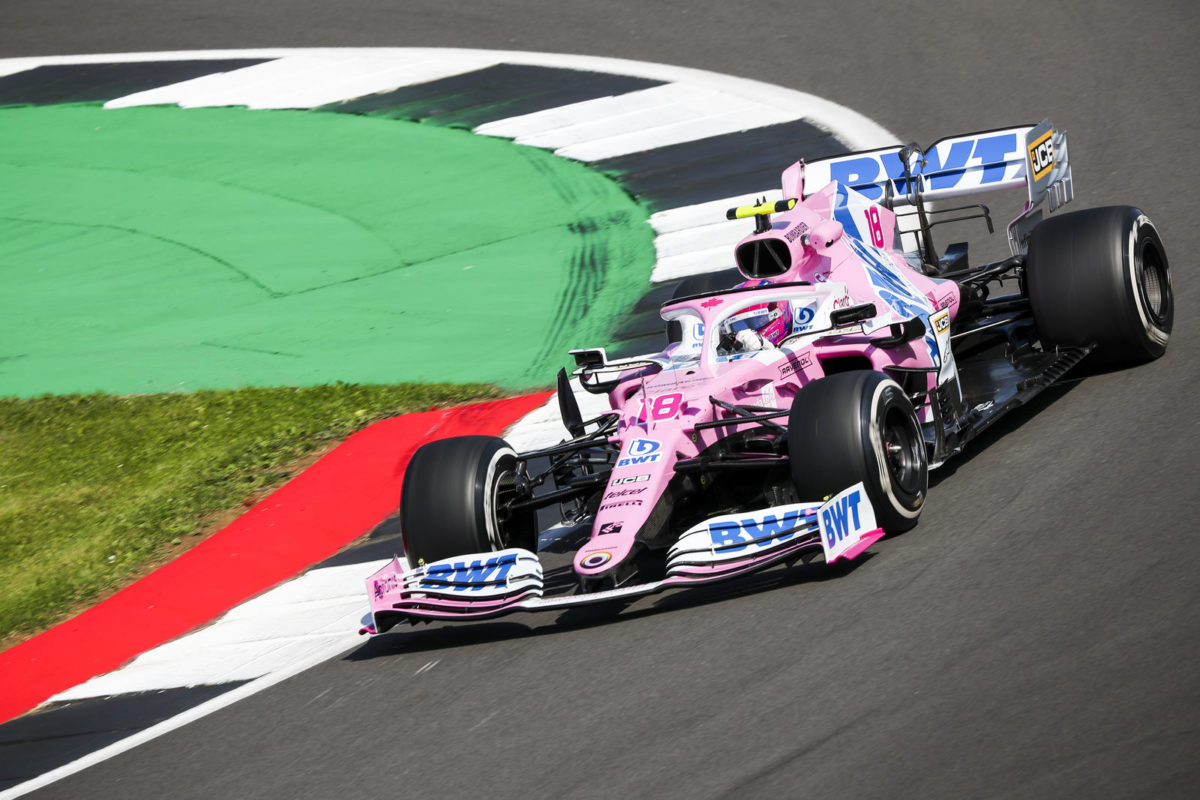 The Racing Point driver headed proceedings from Alex Albon by less than a tenth of a second with Valtteri Bottas third.

However, Albon didn’t see the end of the session after losing control of his Red Bull as he rounded the highspeed Stowe right hander midway through the session.

Initially correcting the slide, he was ultimately spat off the road before tagging the barrier on the left hand side of the circuit, drawing the red flag.

He confirmed over the radio that he was okay after the incident before being taken to the medical centre for checks.

Later in the session, Williams’ Nicholas Latifi had a similar lose at the same corner, though he slid to a halt without impacting the barrier and was able to return to the circuit.

Leclerc also had a spin, though the Ferrari’s was rather less dramatic as he lost the back end under acceleration in the Loop.

It proved an eventful day with Lewis Hamilton forced to that a new MGU-K amid reliability about the unit fitted to his Mercedes.

He could do no better than fifth in the day’s second session after ending Practice 1 second to Verstappen.

Vettel endured a troubled day, sitting out much of the opening session with an intercooler problem before reporting something loose in the cockpit of his car during Practice 2.

That saw him stranded in the pits as the team worked to change the pedals, the German completing a total of 25 laps for the day.

Having not posted a time at all in the morning he was just 18th fastest in Practice 2.

Verstappen had been fastest in the day’s first 90 minute practice session, his 1:27.422 set on soft compound tyres proving two tenths off Stroll’s outright pace later in the day.

It was just over four tenths faster than Hamilton could manage on the mediums with Stroll third best just over a tenth slower still.

The session was also interrupted by a brief red flag after Antonio Giovinazzi spun on the exit of Becketts.

The Italian was able to gather up the car and return to the pits but damage to the Alfa Romeo’s floor necessitated a stoppage to allow the track surface to be cleared.

Post-race officials handed down a warning to the Alfa Romeo driver for the incident, which happened with half an hour on the clock.

Nico Hulkenberg performed solidly upon his F1 return, setting the ninth fastest time in Practice 1, six tenths off the pace of Stroll.

The German, a last minute substitute for Sergio Perez, then improved to seventh fastest in the day’s second session but lopping a second off his time previous best.

Daniel Ricciardo was eighth best in the morning only to slip to ninth in the afternoon, heading a tight group of five cars split by little more than a tenth of a second.

Practice for the British Grand Prix continues on Saturday with the final 60 minute session starting at 20:00 AEST ahead of qualifying from 23:00.