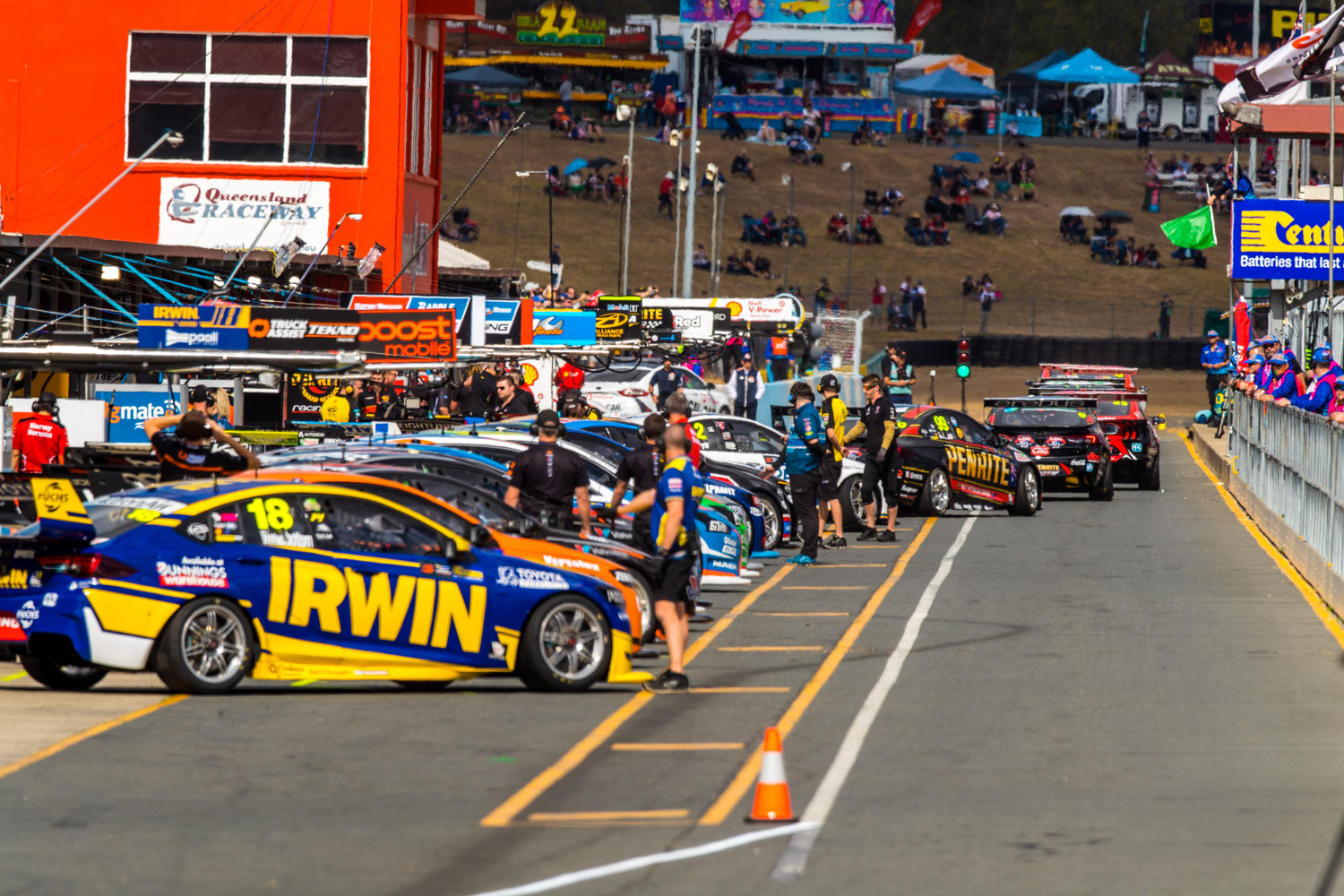 Queensland Raceway boss John Tetley says his circuit is willing to host Supercars as soon as next weekend should the championship be unable to continue at Hidden Valley Raceway.

On July 31 the Northern Territory Government declared the City of Brisbane a coronavirus hotspot. Ipswich and Logan have also been included in the designated hotspots.

The new declaration has cast doubt over the scheduled double-header in Darwin, which is set to take place on August 8-9 and 15-16.

Triple Eight Race Engineering is based in one of the designated hotspots and at least one driver also resides in Brisbane.

Anyone who has been in a hotspot is currently required to complete a 14-day quarantine at their expense.

With doubts over Darwin, Tetley said Queensland Raceway could accommodate Supercars on either or both of its dates that are currently scheduled for Hidden Valley Raceway.

“Without bureaucratic interference, my answer would almost certainly be yes within the next week or two,” Tetley told Speedcafe.com.

“The events that we own, which are most of the events that are run (at Queensland Raceway), we can move them around to accommodate them (Supercars).

“Obviously we can do it through the week as well.

“As I’ve said before, if it’s a win-win I’m more than happy to try and make it work for them, there’s no question about that.

“I have got bits in the calendar I can manipulate and it might mean cutting out a ride day or something like that.”

Speedcafe.com understands Queensland Raceway has already been considered by Supercars as a possible host for a future double-header.

Earlier this week Tetley said he hadn’t spoken with Supercars yet about that possibility.

If the championship was to make a late call to host its events at Queensland Raceway, the circuit would need approval from Motorsport Australia.

Part of that would likely require tyre barriers being built and installed on the circuit.

“To fulfil the requirements as CAMS (Motorsport Australia) stipulated them 18 months ago, we can set the track up to much the same way as it would have been in 2018,” said Tetley.

“We certainly cannot get it up to what they said would have to be the track for 2020 as it was originally put aside.

“We’ve done some work along those lines in any case with the pit lane fencing and some other bits and pieces, some of which we’ve modified because it didn’t really work with our product set so we had to pull some of it down.

“Other than that, we could meet the bulk of the requirements I would suggest. But if they’re going to insist on two kilometres of tyres walls, that takes a long time to build. It takes a while to find them.

“I don’t think we can accommodate what CAMS wanted. CAMS would have to change their tune. You’ve got no hope of finding enough tyres and building enough tyre walls in that length of time.”

Despite those obstacles, Tetley affirmed his belief that they wouldn’t be great enough to stop Supercars from hosting one event or more.

“If we can accommodate it, and I’ve been saying that for six months, if we can find a way to get it in, we’ll get it in.”

Supercars has said it is working with health officials following the declaration from the Northern Territory Government.

The BetEasy Darwin Triple Crown and CoreStaff Darwin SuperSprint are set to take place on August 8-9 and 15-16.