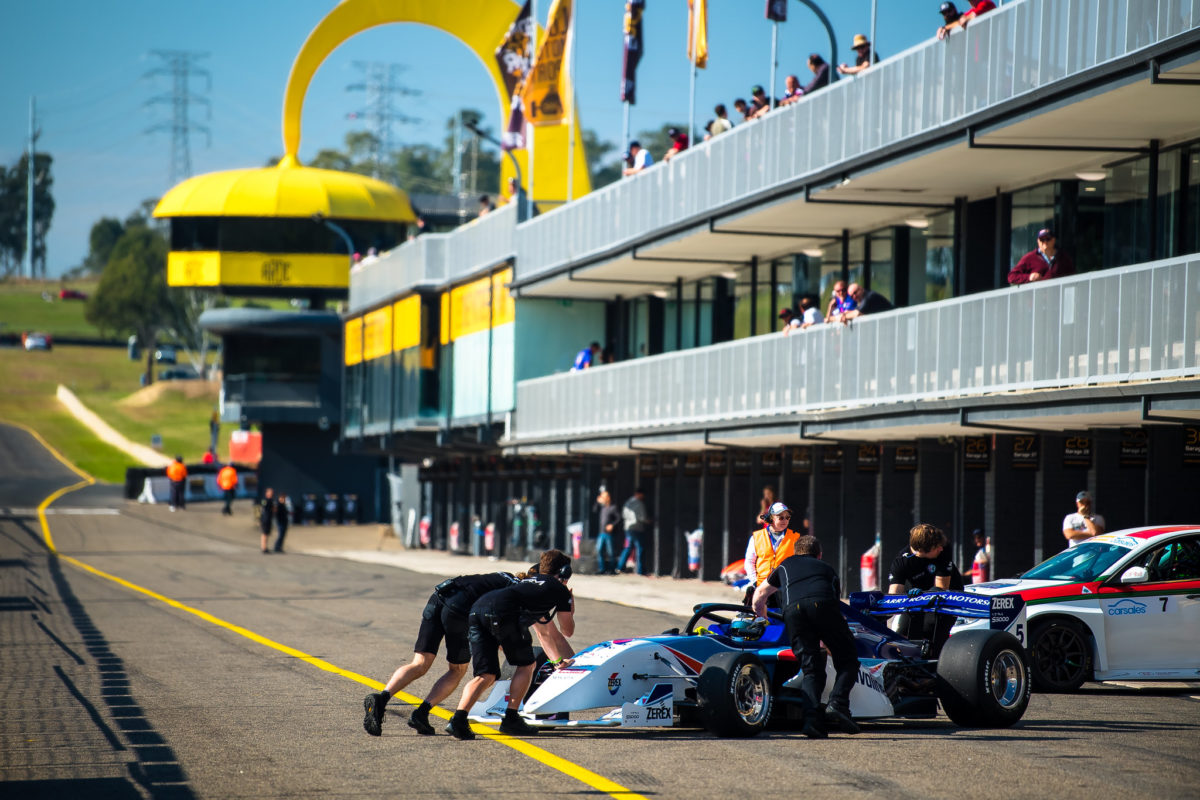 The start of the Shannons Motorsport Australia Championships has been postponed until October, affecting series including TCR Australia and S5000.

Neither the Sydney Motorsport Park nor Sandown rounds will proceed as previously planned due to ongoing COVID-19 restrictions including various interstate border closures/controls.

Sydney had held the opening round position on both the original calendar and the post-outbreak version before being postponed a second time, to September 4-6, following the reinstatement of stay-at-home restrictions in Victoria and closure of the border which that state shares with New South Wales.

Sandown, in the Victorian capital of Melbourne’s southeast, was scheduled to host a round on September 11-13 on the revised calendar and had not yet been given another new date.

Motorsport Australia’s announcement forecasts publication of another calendar “in the coming weeks”, with Round 1 expected in mid-October at a circuit yet to be confirmed.

“However, we’ve been working closely with state governments and all our categories and circuit managers to ensure we can be flexible and adaptable, given the changing COVID-19 circumstances.

“We’re very confident we can maximise the number of rounds held in line with the requests from our categories and the availability of circuits around the country.

“We think an October start date is realistic given the current climate and are working on a number of contingencies to maximise the opportunities for racing in the latter half of 2020.

“I’d like to thank everyone for their support and understanding, including our sponsors, categories, competitors, teams and circuit managers who have all been terrific to deal with and very understanding of the fluid situation we’ve been presented with.”

Australian Racing Group CEO Matt Braid added, “It is disappointing to be in this position; however, it is the reality of the current environment.

“Despite the difficulties, our stakeholders remain positive. Our broadcast partner Network Seven is very supportive, and our competitors and sponsors are understanding of the situation and are all looking forward to going racing.

“ARG is working closely with Motorsport Australia and remaining focused on establishing a strong calendar for 2020, including a blockbuster Bathurst International event at Mount Panorama in November.”

The latest postponements follow Queensland’s decision to classify all 34 ‘Greater Sydney’ local government areas as COVID-19 hotspots from this Saturday, meaning competitors based in the Sunshine State would need to enter 14 days of quarantine upon their return should such a declaration still apply in September.

In Victoria, Premier Daniel Andrews today foreshadowed that “further steps” may be taken to address the second wave in his state, which recorded a further 627 COVID-19 cases and eight deaths in the last 24-hour reporting period.

Whether that would mean an extension to the duration of the current stay-at-home order, which has now run for just over three weeks of a minimum six, and/or a further tightening of restrictions has not been determined.

“Public health experts from the Victorian team, together working with colleagues at a national level, will spend the next day looking though in fine detail, looking for trends to have a really clear sense of exactly what is presenting and exactly what the nature of our challenge is,” said Premier Andrews.