SRT boss had ‘doubts’ about Rossi

SRT boss had ‘doubts’ about Rossi 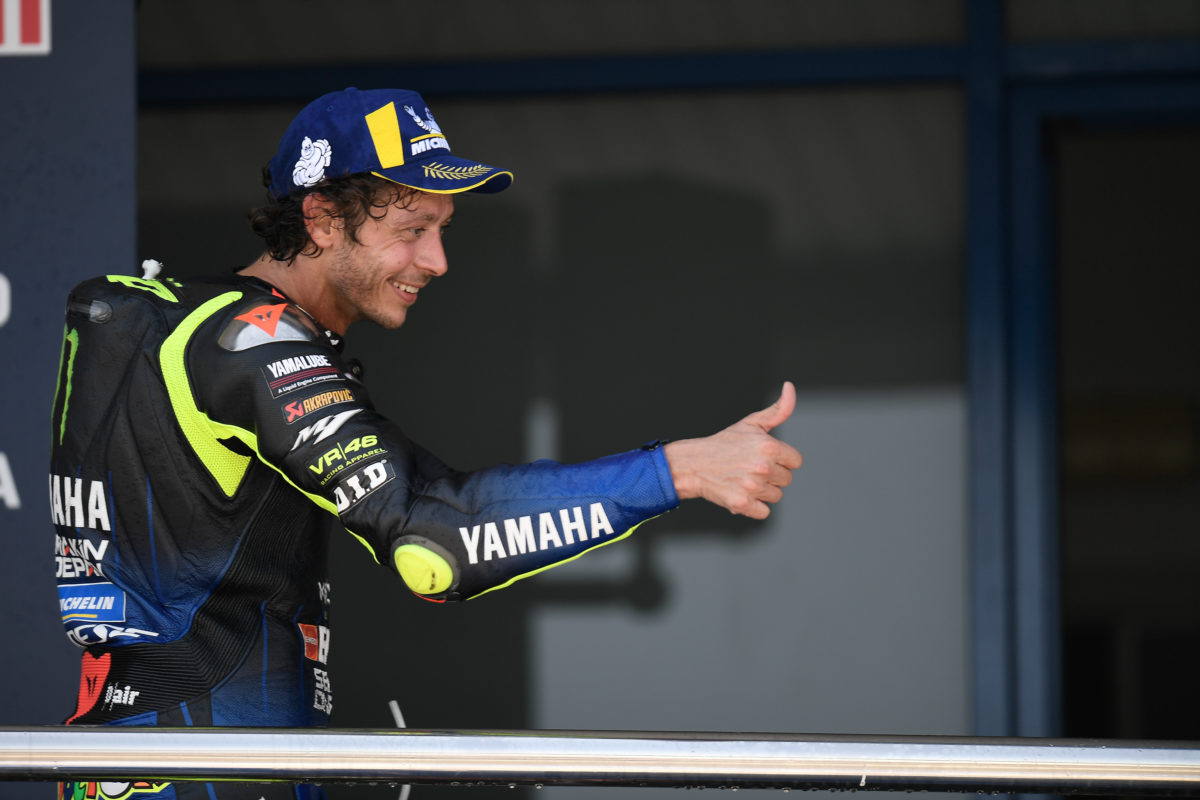 SRT boss Razlan Razali admits that he had doubts about fielding Valentino Rossi next year until the Italian’s podium in the Andalucian MotoGP.

Rossi finished third in Round 2 of the 2020 season at Jerez after 17 races away from the podium, a slump which prompted the now 41-year-old to consider retirement.

A week earlier at the same circuit, he was running in 10th position when he stopped with a technical problem in his Monster Energy Yamaha on Lap 19.

Rossi himself described the upturn in the most recent grand prix as a major relief, having admitted that he and his crew thought “Maybe it’s time to stay at home,” and Razali has now expressed similar sentiments.

“To be honest, I had my doubts after the first race. I kept telling myself that ‘the Doctor’ would come back and he did.

“He impressed me a lot, even considering the extreme conditions in which we raced.”

Although Rossi’s ride with the Sepang International Circuit-owned squad has not yet been confirmed, Razali says that the podium result “made it easier” to justify the signing to shareholders.

“It makes everything easier,” he explained.

“We are Petronas (SRT) and we make choices based on business, but we cannot ignore the fans who perhaps would like a local rider. It is not a forced choice, but he is not a normal rider.

“It took time to be sure, but what he did on Sunday made it easier to explain to shareholders why we chose Valentino.”

According to Razali, the delay in finalising the deal with Rossi relates to matters concerning the “structure” between Yamaha, VR46, and SRT, the former of which has promised full factory support to ‘The Doctor’.

Quartararo had already been snapped up by Yamaha for its factory team before earning his and SRT’s first two MotoGP wins in the first two races of the current campaign, while Morbidelli was recently re-signed for two more years.

Although Rossi would represent a significant departure from SRT’s make-up, Razali says the squad is committed to retaining its philosophy.

“We don’t want our team to be famous for Valentino,” he declared.

“We want anyone who runs with us to make results. From a certain point of view, it gives me more joy to have created something from nothing and to be where we are today with Fabio.

“We want to continue that philosophy, and with Valentino we want to be sure we can help him. We don’t want to be popular because he is there, but to help make him competitive even at his age.

“After talking to him and his staff, we are understanding of what he needs.”

Round 3 of the premier class season takes place at Brno, in the Czech Republic, on August 7-9.

“He will be our new rookie in 2021!” 😂@sepangracing‘s Razlan Razali on the possibility of welcoming an exciting new rider next year, a certain @ValeYellow46! 😎