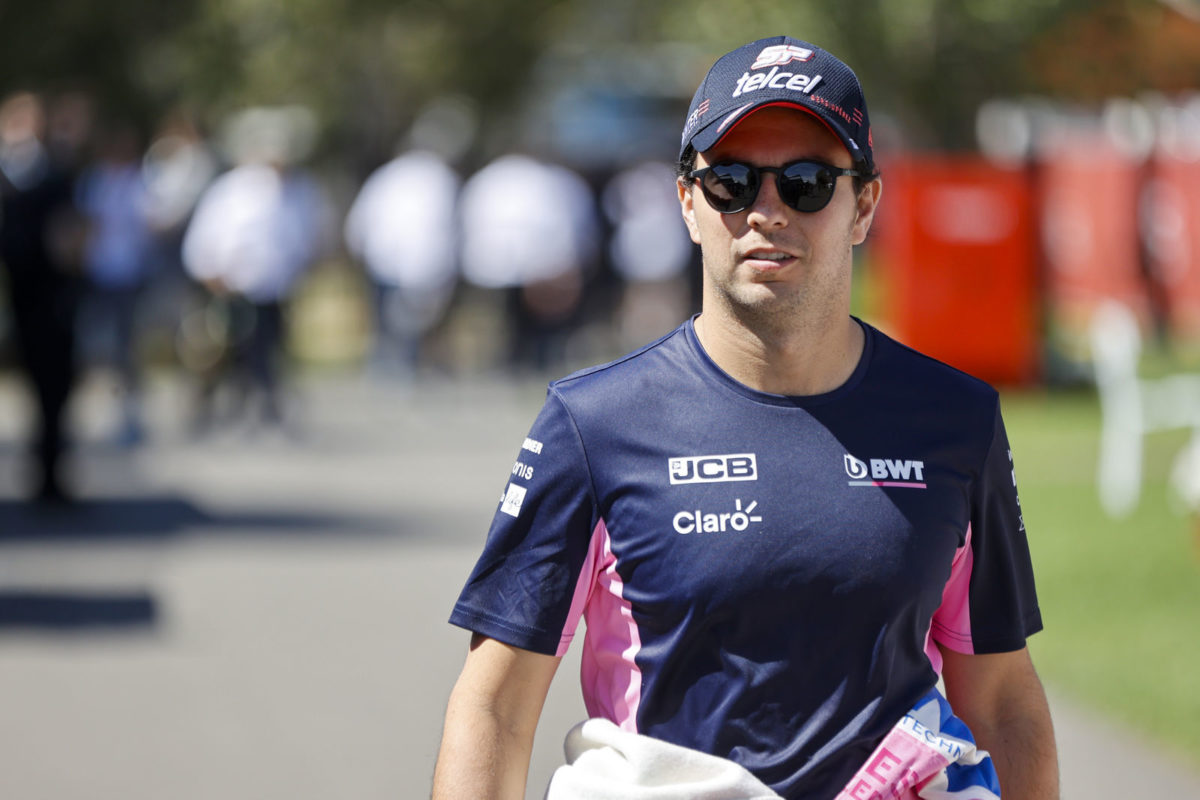 The team confirmed Perez had returned a positive test for the virus and has gone into quarantine.

“Following the announcement that Sergio has tested positive for COVID-19 at the Silverstone Circuit ahead of the Formula 1 Pirelli British Grand Prix, the team regrets to announce that he will be unable to participate in this weekend’s race,” a statement from the team confirmed.

“Sergio is physically well and in good spirits, but he will continue to self-isolate under the guidelines of the relevant public health authorities, with safety the ultimate priority for the team and the sport.

“The entire team wishes Sergio well and looks forward to welcoming him back into the cockpit of the RP20 soon.

“Our intention is to race two cars on Sunday. We will communicate the next steps for our British Grand Prix weekend in due course.”

A joint statement from Formula 1 and the FIA acknowledged Perez’s positive test and confirmed contact tracing has commenced.

“With assistance of the local organiser of the British Grand Prix, local health authorities and the FIA COVID-19 delegate, a full track and trace initiative has been undertaken and all close contacts have been quarantined,” the statement read.

“The procedures set out by the FIA and Formula 1 have provided for swift containment of an incident that will have no wider impact on this weekend’s event.”

Perez was absent from the Silverstone circuit on Thursday, with the team stating his absence was for an inconclusive test result.

Racing Point does not have a nominated reserve driver meaning a replacement for this weekend’s event is not clear.

Both Esteban Gutierrez and Stoffel Vandoorne have been linked to the drive courtesy of their connection through Mercedes.

Opening practice for the British Grand Prix is scheduled to begin at 20:00 AEST this evening.