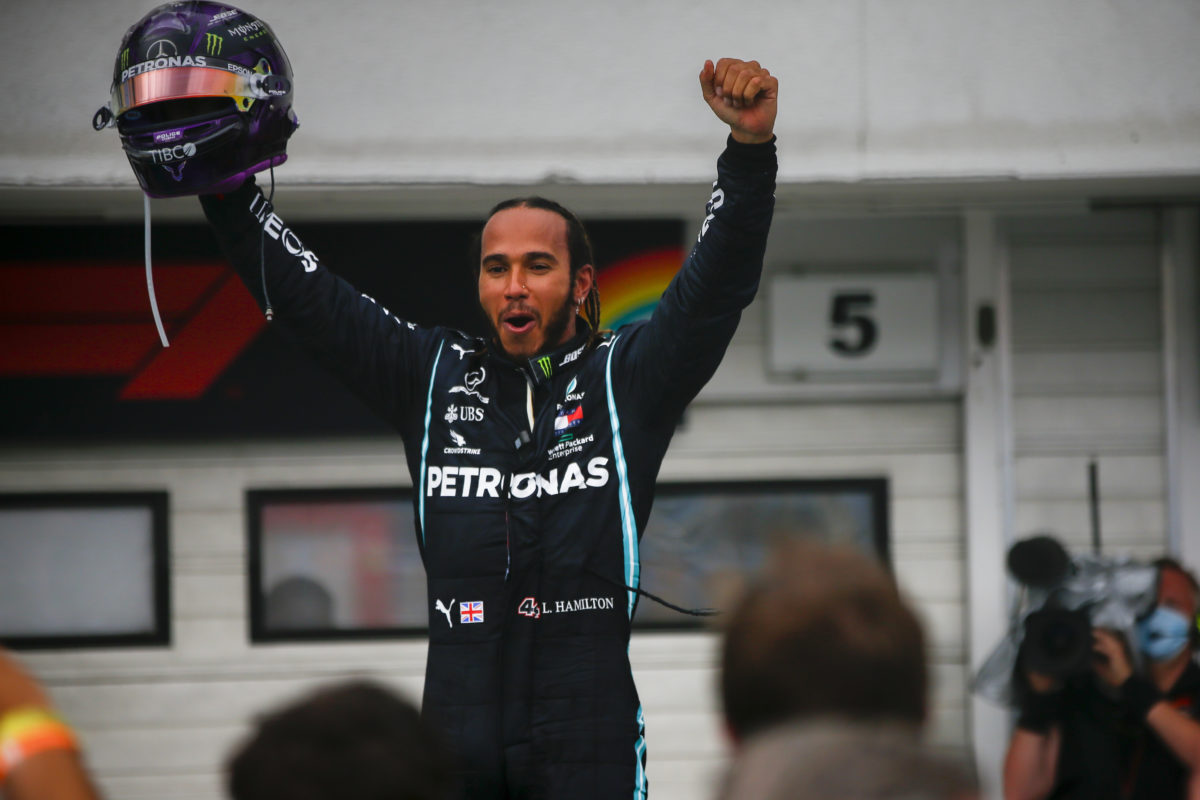 Six-time world champion Lewis Hamilton has said he hopes to remain in Formula 1 for “at least another three years”.

The 35-year-old is out of contract with Mercedes at the end of 2020, but is expected to ink a new deal to remain with the squad.

His contract expiry was set to coincide with a significant change in regulations, technical and sporting aspects of which have subsequently been delayed by a year as a result of the COVID-19 pandemic.

“The COVID lockdown meant the first part of the season was cancelled, and while that was a negative in many, many ways, in some ways it gave a lot of life and energy to focus on some other things and that bit of time off was really a bit of breathing space,” Hamilton said.

“It has kind of given me a renewed bit of energy to perhaps go longer.

“Ultimately I want to be able to perform at the level I am performing now forever, but obviously there is a point at which physicality and the mental side can tail off.

“I don’t know when that’s going to be, but I don’t see that happening in the next two or three years, so I am definitely going to be here for the foreseeable future.”

Hamilton has played a leading role in the drive for greater diversity in Formula 1, part of which is weighing on his mind with regards when he hangs up his helmet.

“we are in period of time when there is not another driver from my background coming at the moment and I am conscious of that,” he said.

“I want to earn my position and I still feel like every year I come back it’s not a given just because I have world championships under my belt.

“I feel like every year I come back that it is not a given just because I have world championships under my belt.

“I think you still have to earn the right to be here in terms of how you perform and continue to deliver.

“So my goal is to continue to deliver as long as I can. So I do see myself going for at least another three years.”

Hamilton’s Mercedes team-mate, Valtteri Bottas, is also out of contract at season’s end but likewise expected to remain with the Anglo-German squad.

Mercedes also has George Russell on its books, though it has been confirmed that he will remain with Williams for 2021.

Hamilton currently leads the world championship by five points from Bottas heading into the fourth round of the season this weekend.

Practice for the Formula 1 British Grand Prix commences at 20:00 AEST this evening.