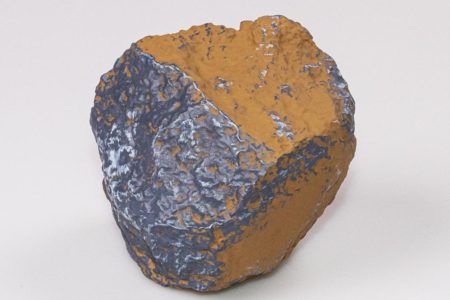 A half-scale model of the rock which Dick Johnson hit while leading the 1980 Bathurst 1000 has been launched to mark the 40th anniversary of the event. 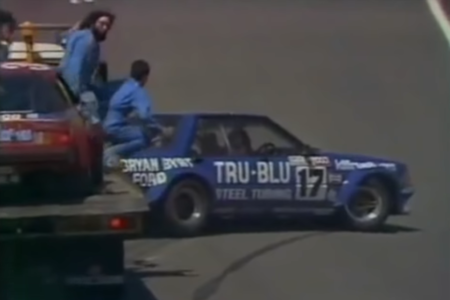 Produced by Authentic Collectables, ‘The Rock’ is officially licenced by Formula Johnson and comes with a certificate of authenticity signed by the man himself.

Each replica piece, which has been produced using 3D scanning, is hand-painted and weighs approximately 3kg.

Currently in pre-order status, retail price is $199.95 AUD and includes mounting “on a stylised base in box style packaging”.

‘The rock’ became one of the defining moments in the history of the Bathurst 1000 when Johnson clouted it at the section of track just beyond The Cutting in the early stages of the 1980 edition, causing significant damage to his Tru-Blu Ford Falcon.

A legend was born, however, when the Queenslander’s devastation was met with a flood of donations from viewers of the Seven Network telecast, which were matched by the Ford Motor Company.

Johnson would build a replacement car and return to Mount Panorama a year later to claim his first of three victories in the Great Race.

The original rock remains in his possession and is ordinarily on display in the museum at the DJR Team Penske workshop in Stapylton.

The museum remains closed to the public for the time being, having been shut in March due to the COVID-19 pandemic.