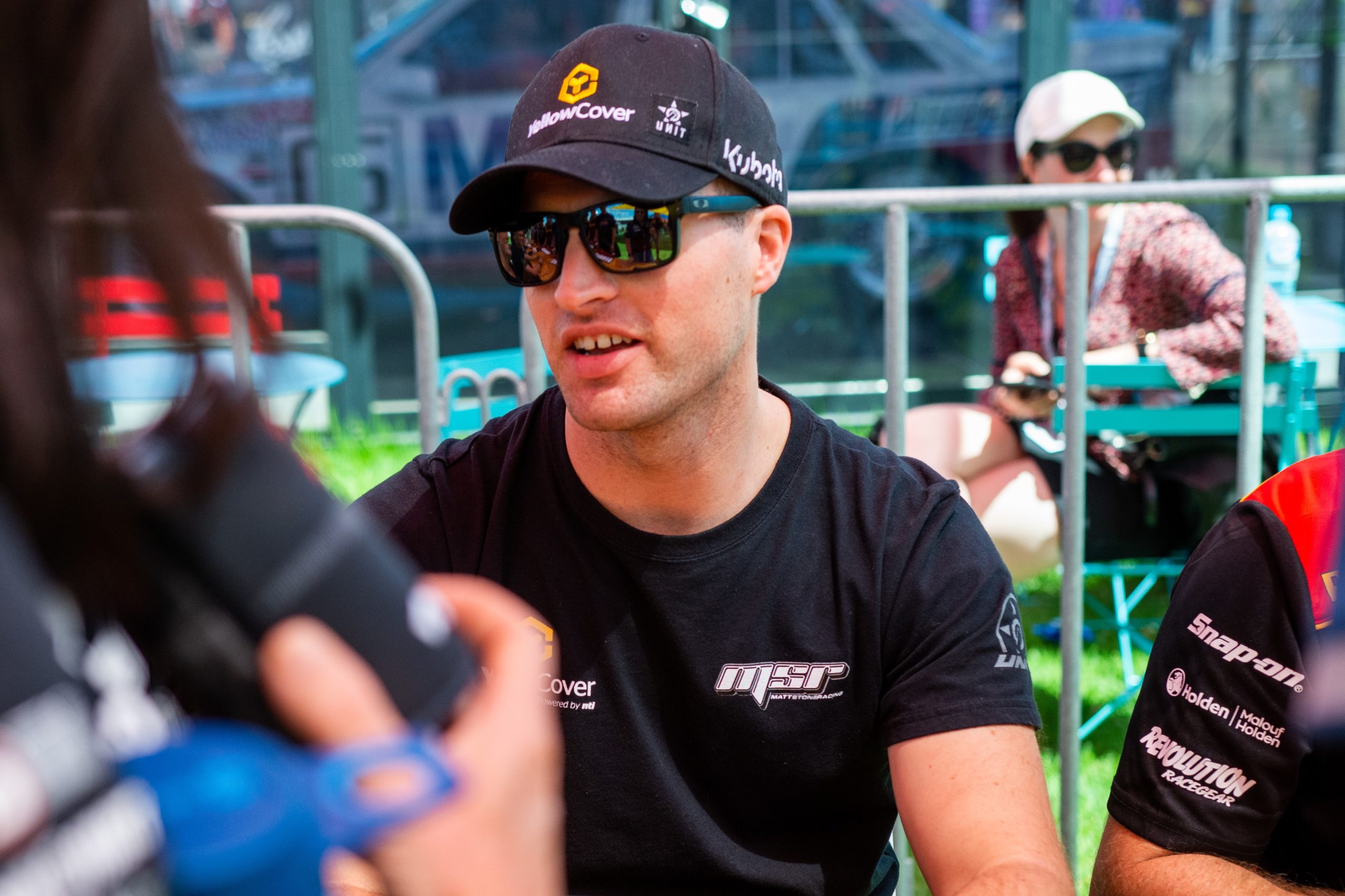 Every Victorian affected by the coronavirus-induced move to Queensland has their story, including bus driver and semi-professional racer Garry Jacobson who’s been left without a regular income.

The second-year Supercars driver was among the estimated 200 people forced to up sticks to keep the season alive before the border from Victoria to New South Wales was closed on July 6.

Unlike most Supercars drivers, Jacobson’s primary income isn’t from his racing exploits. He works during the week as a bus driver in his home town of Shepparton and dovetails that with the occasional driver training gig.

His day-to-day work pays for his weekly living arrangements, while sponsors allow him to go racing.

With no job to pay for his Queensland stay, Supercars has come to his aid.

“I think coronavirus affects every person in different ways, doesn’t it? There’s no one that’s gone through this year without their own unique circumstances or challenges that they have to get through,” Jacobson told Speedcafe.com.

“I’m not a driver that earns an income from their racing career. I’m one of the guys that’s taken a long time to get into the main game as a category, because I’ve had to wait my time, take my turn, and be patient for a drive to open up.

“That meant that sponsors were happy to support me, to pay for my racing bills, and then just get me to the track. That’s me and my racing career today, I’m not competing in the sport for money as an income.

“I race and I compete and I’m really grateful for the opportunities I’ve got, but in order to just cover my expenses to live, just in general, like paying for rent and paying for food, I still am expected to work during the week to earn an income to provide for myself.

“I’m a driver that races and competes and breaks even, so to speak, with sponsor support, but I don’t get paid, this is not my living. My living is based on driving buses and driver coaching.”

The Matt Stone Racing driver said he’s thankful Supercars offered assistance during the tumultuous period for the sport, meaning his time away from home won’t come with great debt.

“I’m really grateful for Supercars reaching out to me and supporting me financially, to cover my expenses at the moment,” he said.

“I’ll be eternally grateful to Supercars and what they did for me personally.”

Amid an uncertain period away from home, Jacobson isn’t sure what the remainder of his year will look like. However, he believes any sacrifices are worth it as long as the championship continues.

It’s in that championship that he hopes to bring some joy to his native Shepparton where “everyone knows everyone.”

The town of a little over 50,000 lies 160km north of Melbourne. Several local businesses have backed the 28-year-old, whose logos don his helmet.

Jacobson said the town has always rallied behind him to find success in the Virgin Australia Supercars Championship.

Most recently, Jacobson recorded a weekend best seventh place finish at the second Sydney SuperSprint event, which he hopes he’ll be able to celebrate with the town soon.

“I think if I do well, sometimes it’s like the whole town’s quite chirpy, which is great,” said Jacobson.

“It’s something I’ve always been very fortunate to have. To have a close-knit community group, that has supported me through financial support, like local businesses that come on board with my helmet.

“Driving the bus, you pretty much know everybody on a first-name basis that I pick up and take to their home or as a driver that takes kids to school, we’re all were on first-name basis, which is great.

“Back in the Super2 days, when you won, the whole bus was chirpy. If you didn’t do as well, the whole bus was cranky because they’re part of that journey with me, which is great to have that support of the local people. Yeah, so it’s a nice thing to have.”

Jacobson currently lies 21st in the standings heading into the Darwin double-header at Hidden Valley Raceway across August 8-9 and 15-16 respectively.