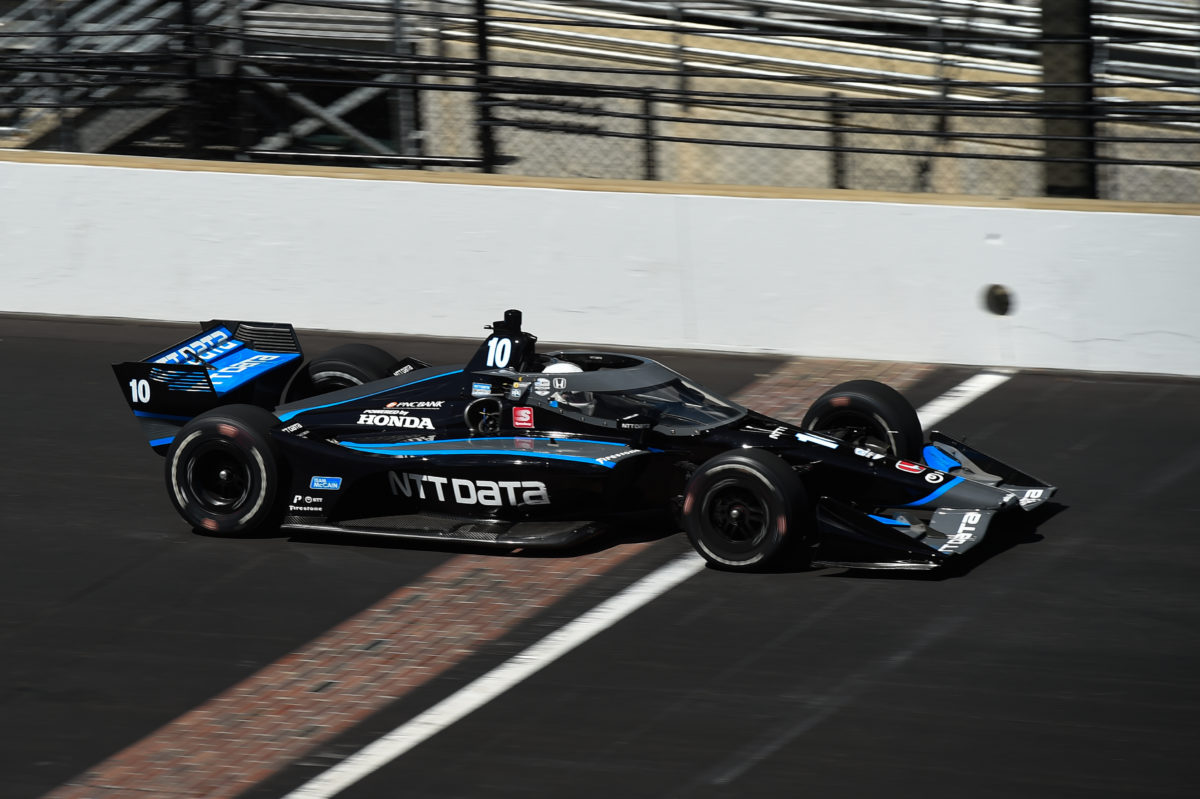 Jimmie Johnson at the wheel of an IndyCar

Jimmie Johnson has realised a childhood dream after driving an IndyCar on the Indianapolis Road Course.

“I grew up wanting to be an Indy car racer in Southern California, going to the Long Beach Grand Prix and watching races there and wanted to be on the inside of the fence in one of these cars,” Johnson said of the experience.

“So, this was really fulfilling a childhood dream to being in an Indy car ripping around, and I had a blast doing it.”

The 44-year-old is currently in the midst of his final full-time NASCAR campaign, having announced late last year his intention to bring the curtain down on his 18-year stint in the series.

He is, however, open to the possibility of transitioning to IndyCar, though there are currently no firm plans in place.

“All the aggression you try to remove driving a Cup car apply to driving an Indy car,” he explained.

“You really do get rewarded for aggression and commitment.

“The amount of time you have to respond to the car getting out of control is so much smaller in one of these (cars).

“I ended up spinning out twice trying to find the edge. But as the day went on, I was really able to identify the early cues from the car and (understand) what was taking place.”

Watching on, Dixon was left impressed by Johnson’s ability to understand the data and translate that into improvements on track.

“He did a fantastic job,” the New Zealander asserted.

“The hardest part is knowing baselines (because) when you don’t have a teammate with you during the day, you don’t know really where you stand.

“The biggest thing for me was when we started going through the data and the video, how he was able to replicate ‘Jimmie do this or do that’ is really difficult to do and comprehend, especially when it’s not your comfort zone.

“Honestly, he did a terrific job … he did a mega job.”

Now six races into the 2020 IndyCar season, Mid-Ohio holds the next two events, a double-header weekend on August 8-9.

Today was incredible. Sign me up for more! pic.twitter.com/oz69CimIAp