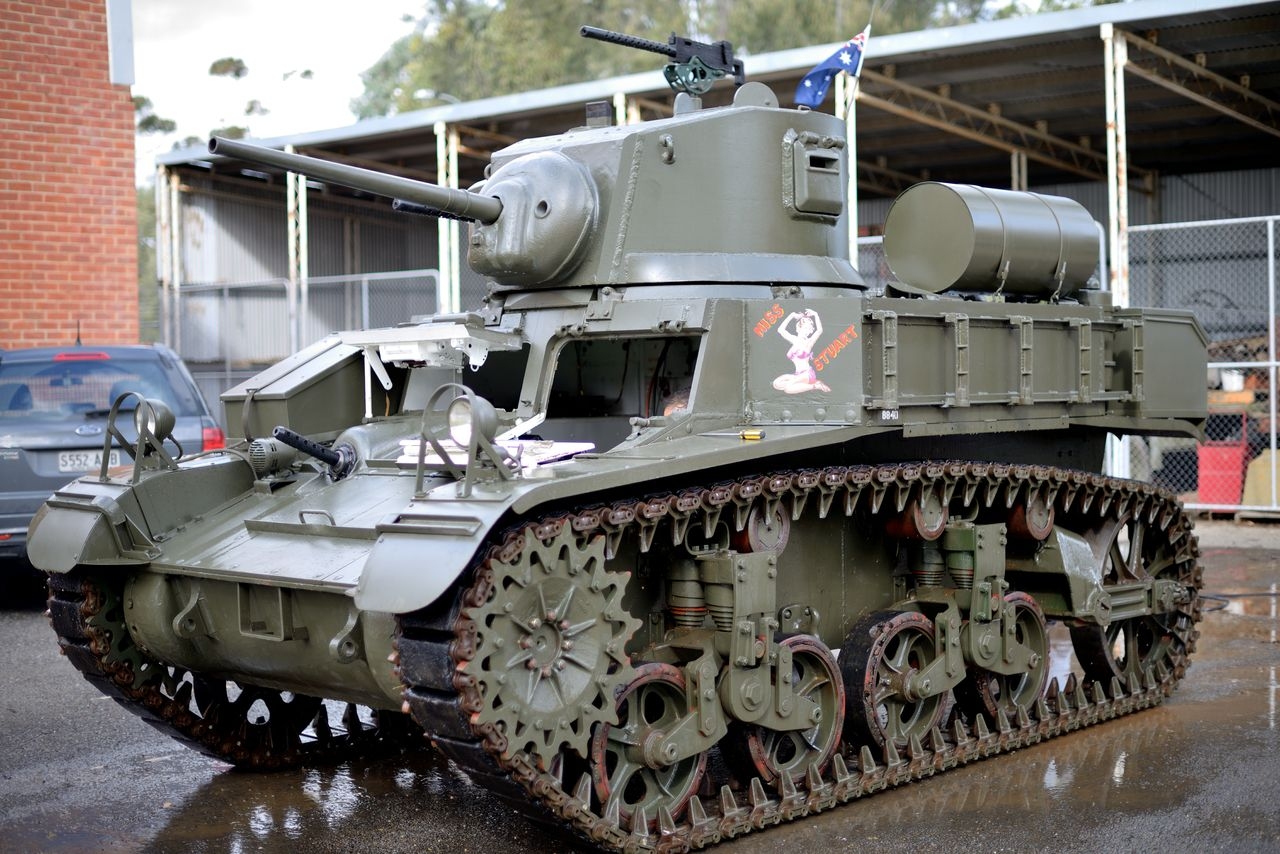 Over the years there have been some solid links between the Defence forces of Australia and motorsport.

For many seasons we had military branded cars in the Australian Touring Car Championship and for several seasons the Australian Navy has had a relationship with Tickford Racing in the Supercars championship.

The ADF has also used major Australian motorsport events to activate marketing and recruitment campaigns with vehicles on the ground and in the air – who could ever forget the airshows at the Gold Coast Indy event?

For many years the ADF has had a presence on the ground and in the air at the Adelaide 500, which is the season opener for the Supercars season.

Ironically, this week’s bucket list destination is the National Military Vehicle Museum which is located in the Northern Adelaide Suburb of Edinburgh.

While there are not too many vehicles that would set a decent qualifying lap around the Adelaide street circuit, there are plenty that could withstand a hit or two.

The museum was opened in August 1993 and is operated on a volunteer basis by members of the Military Vehicle Preservation Society of South Australia.

While originally located in the old Messenger Press building in Port Adelaide, the museum is now located in a group of historic WW2 era buildings with the Defence precedent of Edinburgh Parks.

The majority of the vehicles are privately owned and each owner is responsible for their individual contribution to the collection.

There are currently 110 members of the preservation society who own and manage approximately 250 vehicles, the majority of which are registered and ready to go.

One member has more than 40 vehicles as part of the collection.

The vehicles, which range from the First World War to current day machinery, are not just restored to look at, but are rebuilt to authentic running condition and most are road registered and regularly driven.

A couple of the latest editions to the collection include 2 H4 High-Speed tractors which were used during WWII.

These vehicles were originally designed to move guns by tracked vehicles which could traverse difficult terrain when employing artillery.

The museum also includes the Signal Collection which is a privately owned variety of equipment used for communication for more than a century.

The collection includes a wide range of equipment used by Australia, its allies and its enemies at various times with the oldest piece being a 1904 kerosene signal lamp from the Boer War.

The club has regular events where the equipment is put on working display.

Earlier this year the museum provided vehicles for a wedding for a member of the ADF and her soon-to-be wife in Aldgate in the Adelaide Hills.

A 1941 Jeep and a GMC Truck were provided as wedding vehicles and used in the post-ceremony photoshoot.

Members of the public are invited to loan or donate items to the museum for display purposes.

The museum is open every Sunday from 10:00 to 16:00, unless the weather forecast is to be above 38°C, in which case the museum’s hot weather policy applies.

The museum can also be opened at any time, by arrangement, for group bookings.

The museum was closed for several weeks due to COVID-19, but reopened its doors on June 7.