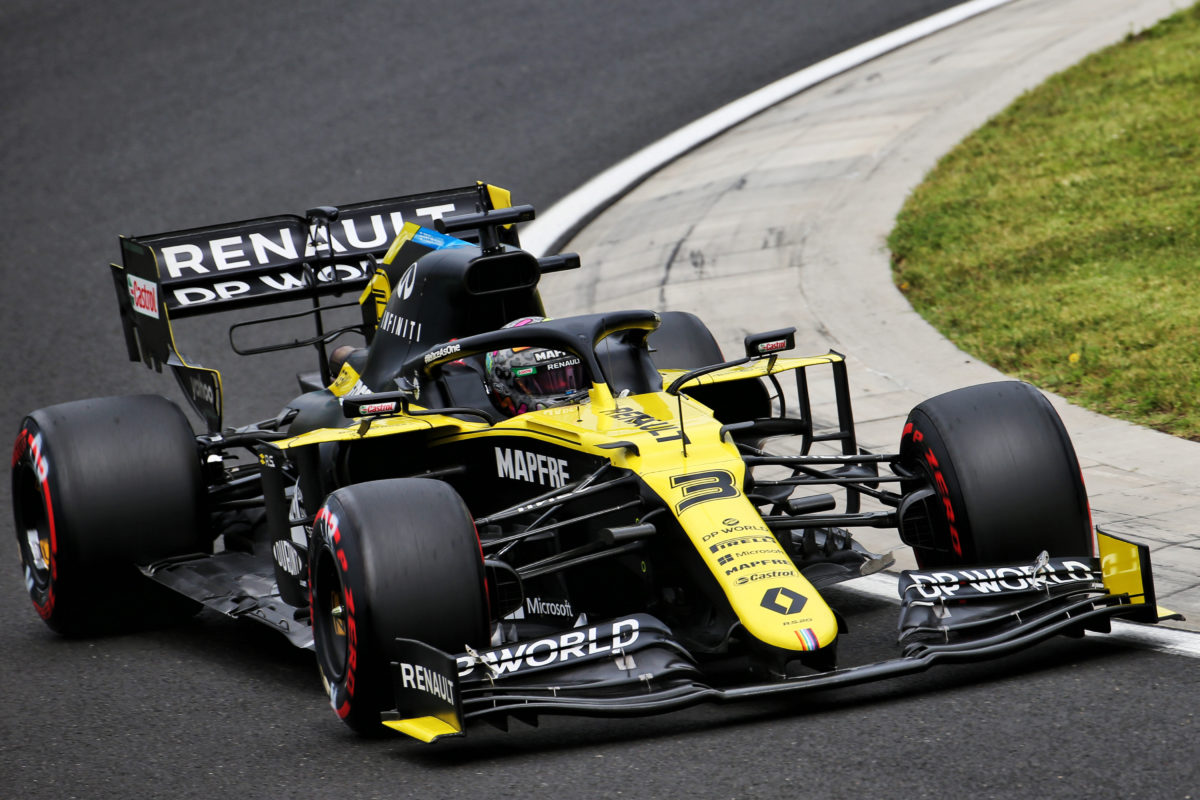 This weekend’s British Grand Prix at Silverstone is set to show what progress the Renault F1 Team has made with its latest updates according to Pat Fry.

Formula 1 will race at the Northamptonshire venue this weekend and that which follows, when it will host the ‘70th Anniversary Grand Prix’.

The traits of the circuit lend themselves to a test bed of sorts for aerodynamics although Fry, Renault’s Chassis Technical Director, does not expect a dramatic upheaval of the form lines which have developed after the first three races of the season.

“The last race in Hungary was at the extreme maximum downforce,” he explained.

“Silverstone, however, is more about having an efficient car that works well in the high-speed corners. In the past, our car hasn’t been suited to this sort of track but, this year, the signs are there that we’re heading in the right direction.

“We are bringing a number of updates to the car this weekend as well as running a different downforce level.

“It’s a reasonable update and it will be interesting to see how it performs here at Silverstone. I wouldn’t say it’s enough to shake up the order but it’s a good upgrade at this stage of the season.

“Silverstone is a good circuit to test these things, it has enough straights for measuring the aero performance as well as a great mixture of corners so we can really gauge the effect on the cars handling.

“One thing to consider is the wind, it can be very windy there and it will be good to see how we have improved in these conditions since testing in Barcelona. If it’s dry, we’ll have an idea of what’s going on.”

Either of Daniel Ricciardo or Esteban Ocon have finished eighth in each race so far, although the former believes that the works Renault team is a little better than those results suggest.

However, each also retired from a race at the Red Bull Ring, and Fry has identified reliability as an area where the Anglo-French squad must improve.

“The results we’ve had so far, are probably where we deserve to be at the moment,” he declared.

“It’s been good to see we’ve improved the car and we’re amongst the teams to have made the most progress from last year. There’s obviously a lot of work to do and we have to keep developing.

“Reliability has been disappointing and it’s frustrating to have those problems. We’re working hard on this and we need to improve all of our processes from quality assurance through manufacturing and the build phase all the way to the implemented on the car.”

Ricciardo, currently 11th in the drivers’ championship after those two eights and a DNF, is confident of an uplift in results in Britain.

“I think it’s pretty evident we’ve made a good step with the car this year, but so have other teams, and we have to keep progressing and developing in order to achieve better results,” he noted.

“Silverstone is one of those tracks which is flowing with mainly medium to high-speed corners. I’m looking forward to testing out some of these new upgrades and hopefully finding a bit more performance.

“We have had eighth every race. It’s not too bad, but we know we’ve had more speed than just the 12 points to show for in all three of the races.

“We had a couple of reliability issues, which I think we’re on top of now and a couple of qualifying sessions where we’ve just lacked a tenth here or there.

“For these next few races, we have to target better points and I think that’s certainly achievable. It’s very close between a handful of teams and we are not far from one of those top five, top six finishes.”

Practice 1 for the British Grand Prix starts on Friday at 20:00 AEST.