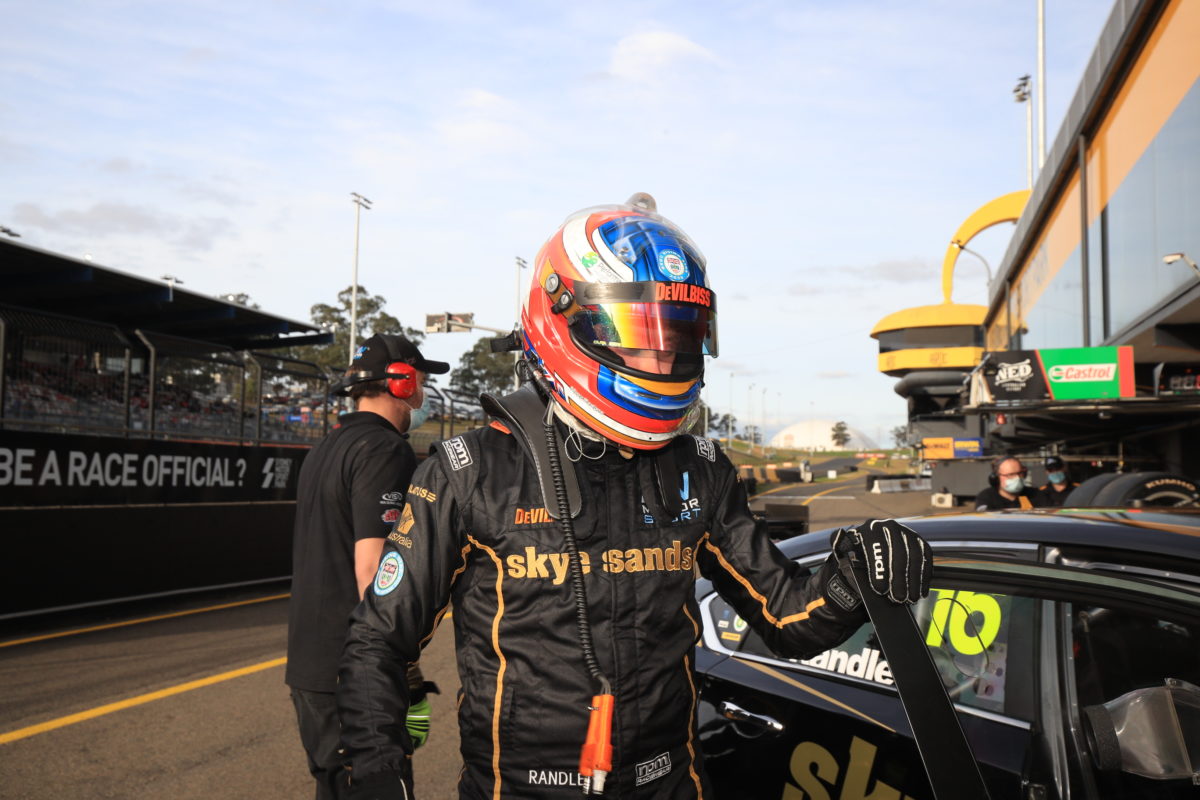 Thomas Randle has confirmed that he will base himself in Queensland for the time being to ensure he can contest the Supercheap Auto Bathurst 1000 in October.

Randle, who will partner Brad Jones Racing’s Nick Percat in this year’s Pirtek Enduro Cup, has been on the road since he was part of the exodus from his home city of Melbourne to Sydney Motorsport Park ahead of Round 2 of the Dunlop Super2 Series earlier this month.

In a move foreshadowed to Speedcafe.com, the Super2 Series leader has now decided that he will head further north into the Sunshine State where most of the Virgin Australia Supercars Championship’s travelling crews are already based to ensure events in Darwin and Townsville can go ahead in August.

Queensland will close its border to visitors to Sydney from this coming Saturday due to concerns over transmission of COVID-19, having done likewise regarding Victoria on July 3.

“At the moment it’s not the best spot to be at home, which is hard to believe and heartbreaking – so we’ve made the call for the next month or so, I’ll just stick in Queensland,” said Randle.

“The fear for all Supercar teams based in Victoria is that if they go home, it might be really hard to be allowed back into New South Wales in time for Bathurst, so it’s a just a precaution to ensure we can race at Mount Panorama.”

He added, “After SMP I ran a karting event in Canberra the week after, and just thought being on the road might be best for us all.

“Most of the BJR crew are also making the move to Queensland, and I have some great family friends who are willing to let me bunk in at their place while I am up here so I’m extremely thankful for that.”

“Bathurst is the goal, it’s everything – so I’m not willing to risk it by heading home and not being able to get back for the Great Race.”

As the 24-year-old continues to manage testicular cancer, for which he underwent surgery shortly after being diagnosed in January, he also lent well-wishes to his home state

“I won’t lie, it’s super concerning seeing what’s happening back home in Melbourne – my thoughts are with everyone and I hope all of our race fans in Victoria are staying safe in these crappy times,” said Randle.

“It’s just a weird time for everyone – and I’m hoping things can improve at home and personally that Nick can continue to have a great run in Darwin and who knows what might happen at the mountain in October?”

Randle took over the lead of the Super2 Series at SMP after qualifying on pole for both races and winning the latter.

The Supercheap Auto Bathurst 1000 is scheduled for October 8-11.

Quarantine has been raised as an option for Victorian-based teams ahead of the Great Race, given they are currently set to return to their respective bases after competing in Townsville.