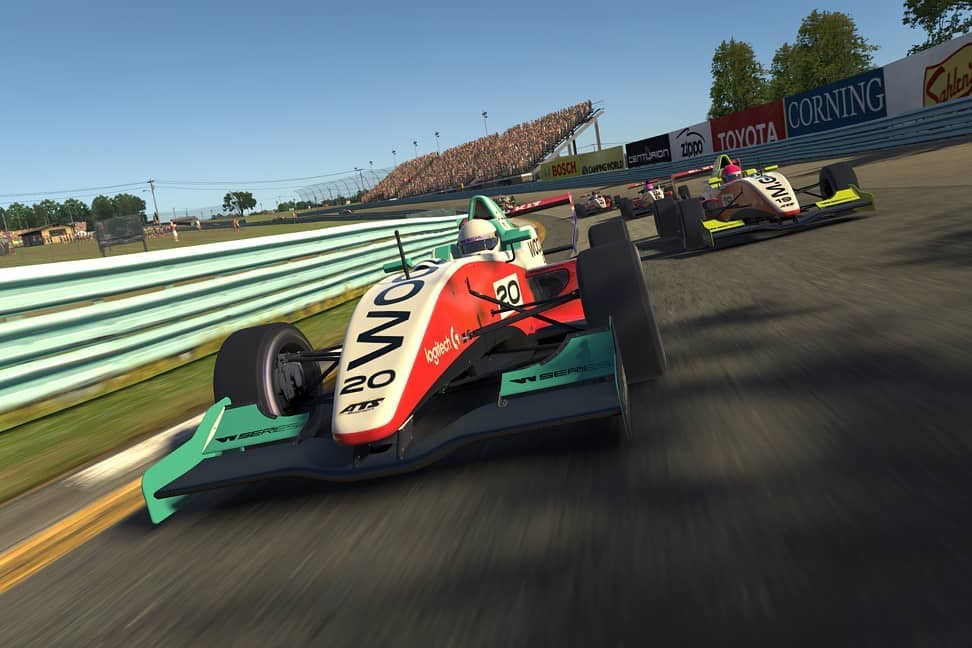 The sole Australian in the W Series Esports League, Caitlin Wood, is well placed to maximise her home track advantage when the series heads to Bathurst this week.

The 23-year-old has seemingly adapted well to Esports, racking up several podium finishes to be fourth in the all-female sim series with three rounds remaining.

“I don’t think it comes naturally to me because most real drivers find that switch tricky initially, but if you put in the time and the effort to understand how everything works and get yourself into a rhythm, you start to reap the benefits,” Wood told Speedcafe.com.

“We’re all competitive. It’s a new challenge, new hobby and one of those things you want to learn and be as good as you can be at it.”

Wood admits she’s been more nervous on the ‘virtual’ grid, than at the start of a ‘real’ race.

“I think we all find it stressful!” Wood said.

“At the start of races, I recognise my heartbeat much more than in real life. Just because it’s new to all of us and we’re all still learning, we’re still nervous about whether we can do a good job, if the car is going to stop or we’re going to hit someone, so there are loads of variables in Esports. But I’m finding it really good and having loads of fun with the girls.”

While Wood has enjoyed second and third place finishes on a variety of race tracks around the world, a win has so far eluded her. If all goes to plan, she’s hoping to produce her best form on home soil, albeit remotely.

“It will be really interesting for some of the girls that haven’t done anything at Bathurst,” Wood said.

“Obviously they all know Bathurst, but I don’t know if they’ve done many laps there over the years. The walls are very close so we won’t want to be going side-by-side over the top of the mountain, but the Esports League has provided some great racing action so I guess we’ll see what happens.”

Wood has found the Esports League the perfect tonic for her competitive spirit after missing out on automatic qualification for what was to have been the traditional 2020 W Series championship, by one point.

“It’s a bit of unfinished business because I was so close last year,” Caitlin explained.

“Esports these days is regarded very highly within the motorsport community and it’s taken a lot more seriously as you can see from development programmes created by different manufacturers within Esports to bring them into real drives, so being involved with the series has been a good step for my career and I’d love to think that opportunities could come out of it.”

If ‘real’ racing opportunities don’t present themselves, Wood is preparing for other challenges in a post COVID-19 world from her base in the United Kingdom.

“I’m building a BMW 325 E90 to have as a tool for my own business, coaching people how to drive and race out on track. It will be built to FIA regulations so it can go racing as well if anyone wants to do that,” Wood explained.

“I want to be more involved and try and help people as much as I can, so fingers crossed it creates interest.”

In the meantime, some virtual laps around Mount Panorama, and hopes of victory on Thursday (Friday 04:00 AEST) are on the immediate hit list.