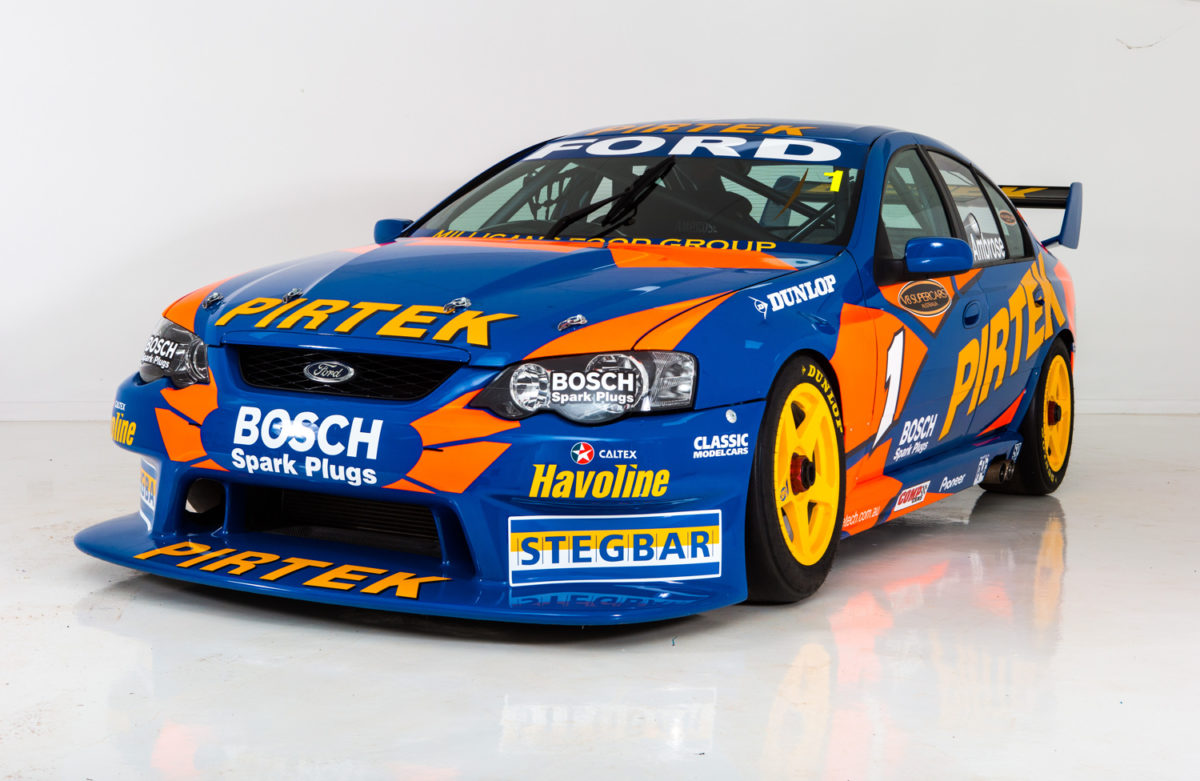 Ross and Jimmy Stone have officially taken the covers off the fully-restored SBR Pirtek Falcon which Marcos Ambrose drove to the V8 Supercars Championship in 2003 and 2004.

After almost four years, the ground-up restoration was completed at the weekend with the fitting of the rear windscreen and rear door glass.

As part of a celebration of the re-birth, Speedcafe.com will be running a series of features and a competition this week highlighting the back-to-back championship years.

“It’s nice to finally get it finished and I don’t think we could be happier,” Ross Stone told Speedcafe.com

“We have refurbished every original part that we have had available.

“If we were ever going to do anything like this, then we wanted to ensure it was 100% correct in every aspect.

“We have been waiting on the rear screen and the guy who does those for us has been so busy making commercial barriers and things related to COVID-19, but he managed to squeeze us in and we put everything top bed on Saturday.”

The car carries the major sponsorship of Pirtek and colour scheme and support sponsors of the 2004 season, where Ambrose carried the #1 after clinching the championship the previous season.

The car has been resprayed in Pirtek blue and carries a race-prepared SBR engine which was part of the original pool of power plants that were in the car during the 2003 and 2004 championship seasons.

The Falcon was built for the beginning of the 2003 season, which Ambrose drove for the next three years in what was then known as the V8 Supercars.

“We actually started the rebuild a few years ago, but then we got busy doing other stuff,” said Ross Stone.

“A couple of years ago we started to get serious again and started by taking it back to bare metal and repainting it.

“Earlier this year we actually put a timeline together to get it finished and here we are.”

The Stone Brothers Racing crew worked night and day for a week to have the car ready for a media roll out at Queensland Raceway in early 2003, drawing a line in the sand for opposition teams.

Ambrose made all the effort worthwhile when he came out and won the first race of the championship at the Adelaide 500.

It was the first of nine wins and 13 podiums for the season, which also included seven poles.

In 2004 Ambrose had an even more impressive result with 20 podium finishes from 26 races, including 11 race wins.

After a controversial season in 2005, Ambrose finished third in the title chase to his Stone Brother Racing team-mate Russell Ingall.

The Stone brothers also retain Ingall’s car which is the next item on their restoration list.

In 2006 James Courtney replaced Ambrose at Stone Brothers Racing but he had two major accidents in the opening round of the season in Adelaide.

The Ambrose car was used for the support events at the Australian Grand Prix and for championship events at Pukekohe in New Zealand, Wanneroo and Winton while Courtney’s car was rebuilt.

Courtney drove the car in nine races for a best result of fifth in race two at Wanneroo in West Australia.

Click here for an extended image gallery of the car. 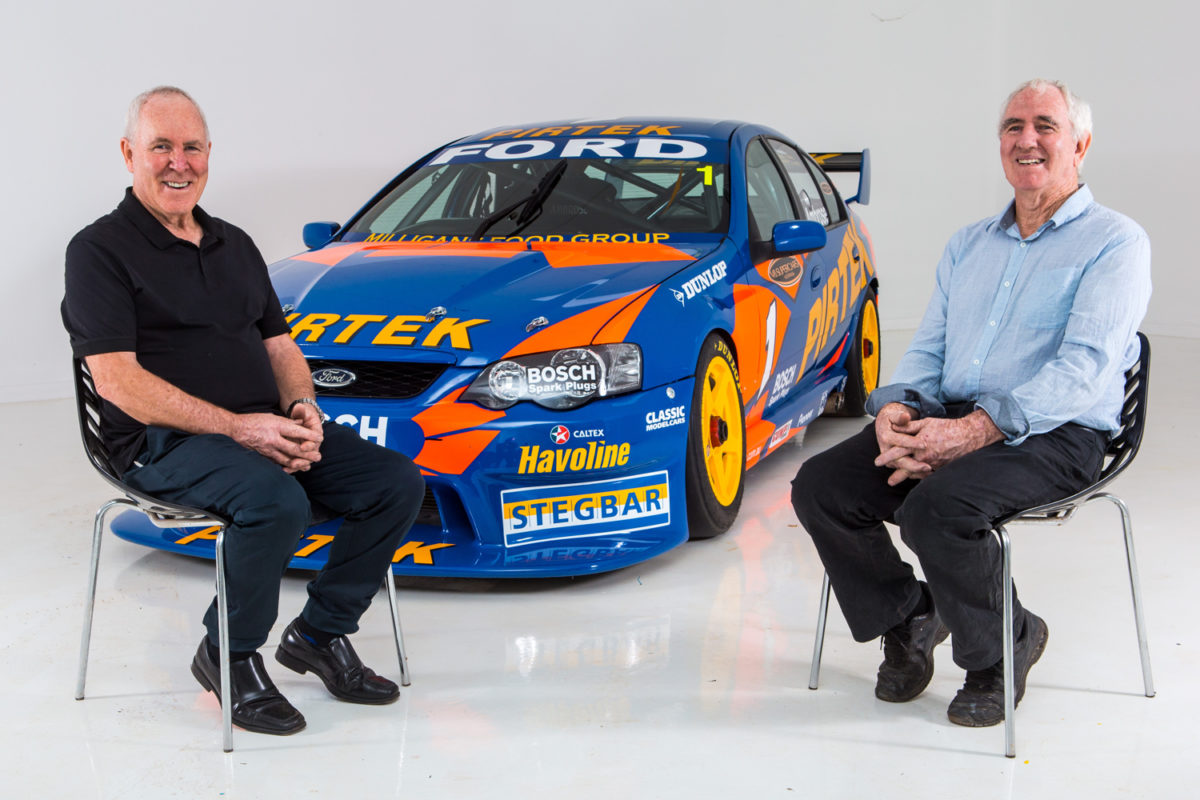