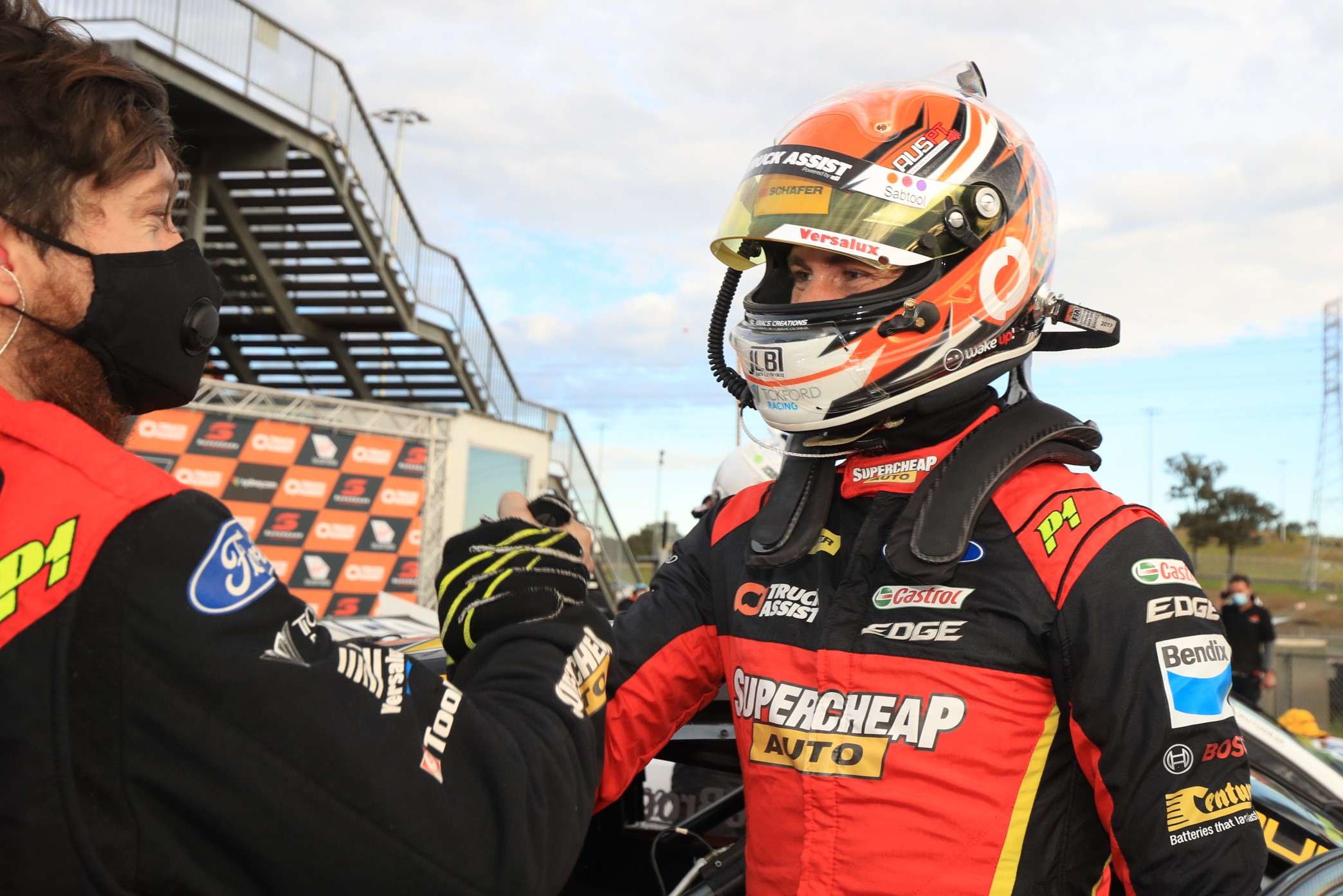 Jack Le Brocq hopes his maiden Supercars win is just the first of many as he and Tickford Racing engineer Brad Wischusen develop their relationship.

The Supercheap Auto Racing driver labelled his first win with the team “pretty unexpected” after coming through from seventh on the grid to win at the most recent Sydney SuperSprint.

Amid a reshuffle brought on by the coronavirus pandemic, Wischusen, Tickford Racing’s Head of Engineering, stepped in for Le Brocq’s usual engineer Tim White.

It was a reuniting of sorts for Le Brocq and Wischusen who worked together in the 2016 edition of the Super2 Series where the then third-year development series driver finished runner-up.

“We’re only at the start of the journey with these guys, so that’s pretty good in itself,” Le Brocq told Speedcafe.com.

“Hopefully that opens the doors for many more to come. It’s cool, it’s just a testament to those guys and how good of a job they’ve done to get me up to speed and understand the car.

“I think it’s only the beginning for us,” he added.

“Myself and Brad (Wischusen) are still understanding how we both operate and working on our feedback and making sure we make the right decisions going forward.

“That’s just something that’s going to improve as the year goes on as he understands my lingo and what I need from the car and I can understand what feedback he needs to make it go faster.

“It’s pretty special though. It’s awesome for all the guys, especially being on the road. It’s a good reward for everyone.”

As the championship heads to Darwin for back-to-back rounds at Hidden Valley Raceway, Le Brocq said consistency will be his focus.

“An overall weekend performance is probably what we’re going to be working towards,” he said.

“For me, it would be nice if we can keep finishing in that top 10 for the total round points.

“Who knows, if we continue down this path it’s going to change the way we go about it,” Le Brocq said of the newly introduced formats and trye restrictions.

“I’m sure us drivers and engineers will be working hard over the next couple of weeks to understand if there’s a better way to go forward and maximise points and how we’re going to achieve it.”