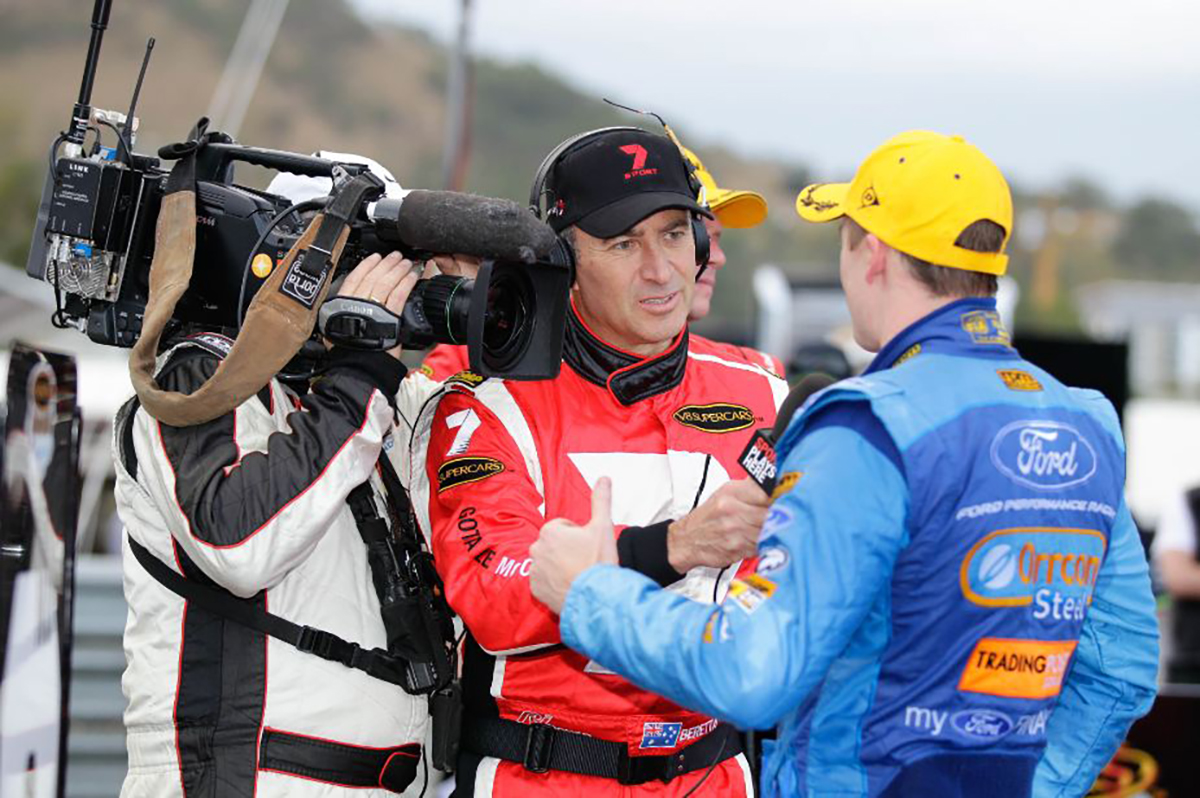 Seven Network presenter Mark Beretta has backed the return of Supercars to the free-to-air broadcaster but says it has to be done better than rivals Network 10.

Seven has had a long association with the Virgin Australia Supercars Championship, carrying coverage from 1963 to 1996 and from 2007 to 2014.

As of the last broadcast deal, Supercars has been split across pay television service Foxtel and free-to-air broadcaster Network 10.

Late last week Network 10 announced it would no longer show Supercars beyond 2020, opening the door for the Seven Network to return as the championship’s free-to-air broadcaster.

Speaking on the Parked Up podcast, Beretta said a return would be a major coup for the network alongside its football and cricket offerings.

“We’re about live sport and we know live sport works in the free-to-air market, that’s where it’s at,” said Beretta.

“It would make my year, for the crappy year this has been, if we were to walk out at the end of this year with Supercars next year, that would be just awesome.”

Beretta said if a deal is struck, there needs to be a greater free-to-air element to make the sport more accessible for fans.

The current deal with Network 10 sees seven events broadcast live while the remaining events are shown delayed via highlights packages.

Beretta noted the decline of Foxtel, which in 2019 reportedly lost nearly 200,000 residential subscribers.

However, the broadcaster boasted an increase in Kayo streaming subscribers from 42,000 to 350,000 by the end of 2019. That has since dropped in the wake of the coronavirus pandemic.

“The key to it from Seven’s point of view is – and we’ve got no disrespect to our friends at seven plus three (Channel 10) – we’ve got to deliver a better free-to-air offering,” said Beretta.

“There’s got to be more free-to-air. One thing that has happened I think in this market is people just can’t afford Fox.

“The decline in Fox I think we’ll find will be significant. We’ve got to put it back on free-to-air and do it right and give it lots of hours and make it available to people.

“I think Supercars know that too. They’ve gone down the path of pay TV. Rugby did the same thing and the reality is it doesn’t produce great results. I think they know they’d admit that as well.”

Beretta believes that the acquisition of Supercars’ free-to-air broadcasting rights would make the Seven Network the country’s home of motorsport.

The Australian Racing Group-owned TCR Australia Series and S5000 Australian Drivers’ Championship will both be broadcast on the Seven Network.

The Shannons Motorsport Australia Championships categories will also be shown.

With the country’s two major touring car categories potentially on the same network, Beretta said the pair will feed off each other.

“Hopefully, we come back in a big way, fingers crossed,” he said.

“Who knows what’s going to happen? For my two bowls’ worth, I would love to be a part of it.

“I would love to see it on Seven, and again, A, it brings Supercars home; B, it brings two great series in Australia onto the one network.

“They’ll grow off each other. I think it’s got huge potential and they both win.”