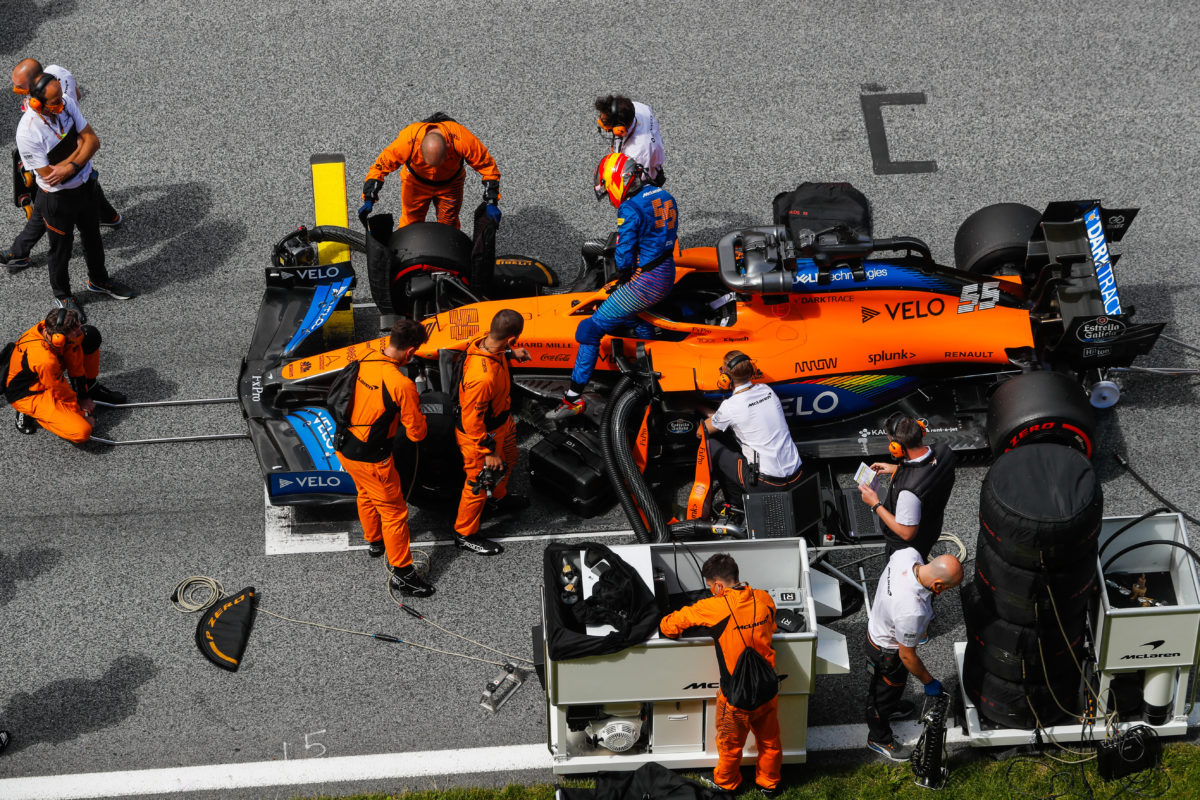 Triple-header events should not become the norm for Formula 1 according to McLaren Team Principal Andreas Seidl.

A condensed 2020 F1 season saw the opening three races run on consecutive weekends, with that rhythm set to continue as the schedule unfolds.

This coming weekend, Silverstone will host the British Grand Prix, followed by the ‘70th Anniversary Grand Prix’ the weekend after.

The triple-header is completed with the Spanish Grand Prix on August 16 before the sport has its next week off.

Later in the year, a double-header in Italy is scheduled before the tempo of the season begins to ease, though there are suggestions of a triple-header finale in the Middle East to see out 2020.

While acknowledging the necessity for the condensed schedule this year, Seidl warns the cost on personnel means it should not be adopted as a standard practice long term.

“Given the special circumstances we are in this year, it’s something we simply have to get through this year,” he said.

“But at the same time, this cannot be the new standard going forward also in future seasons.

“I don’t think that the biggest challenge is actually the work we have to do out here at the track,” he added.

“It’s also tough work, but I think the biggest issue is being away from the families and the kids and so on, for each team member.”

Managing fatigue and keeping staff motivated is a key consideration up and down pit lane.

“I think we can take it for this year to have this demanding schedule coming ahead of us,” Haas F1 Team boss Guenther Steiner told Speedcafe.com.

“I think in the moment, we need to do the utmost just to keep on going.

“I think they’re (the mechanics) aware of this, so the motivation is high.

“When the motivation is high, you have got always a little bit of reserve in keeping going.

“So if it could be a normal season, everybody would be complaining and moaning about it but in the moment you all realise how life is not a holiday.

“Sometimes you need to step up when it’s needed, and they all stepped up and they’re all working hard.

“For sure, the fatigue comes in, but we plan that.”

Back to back races at the same venues helps, Steiner reasoned, with reduced travel.

Haas has also worked to try and give mechanics an easier time on the Monday following events.

With no races thus far planned outside of Europe, there’s no jet lag either.

Those factors make the current situation manageable, though Seidl remains weary of the human cost.

“We need to be aware that the longer we go now in the season, especially the triple-headers that are coming later on, that will be a big challenge for the team,” he reasoned.

“What we do from a team side is try to make travelling, accommodation, and everything we can provide to the team here at the track and back at the hotels as comfortable as possible and as good as possible, simply to get through as a team in the best possible shape.

“At the same time, I think everyone inside the team understands that this is a special season, under special circumstances after this virus broke out.

“We all understand also that it’s absolutely necessary for the existence of the teams that we do these races this year.

“I simply hope that with everything we do together with the team, having an open ear also, listening to where the problems are within the team or each team member, and we hopefully manage to get through in a sustainable way.”

Practice for the coming weekend’s British Grand Prix begins on Friday at 20:00 AEST