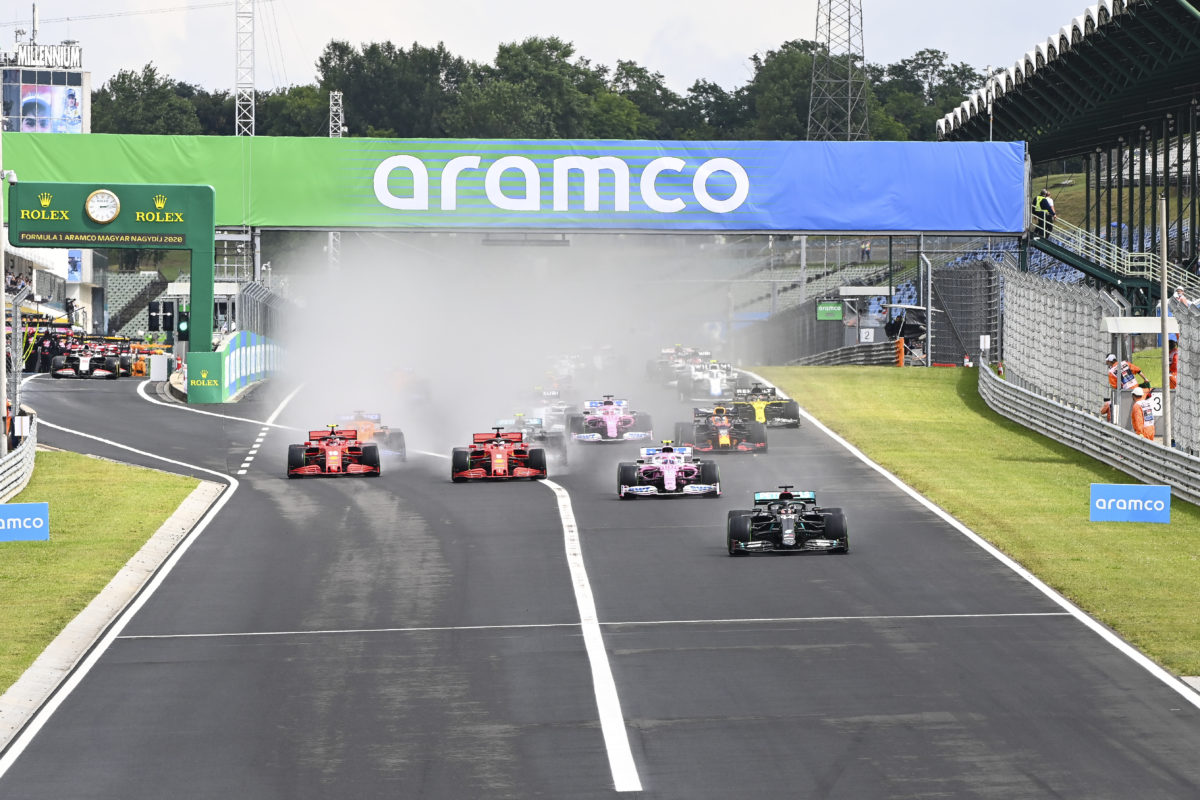 The start of the Hungarian Grand Prix

Formula 1 and the FIA have confirmed there were no positive results returned in the latest round of COVID-19 testing conducted from July 17-23.

Last weekend was the first break in racing activity since the season started at the Red Bull Ring in early July.

Two events in Austria were followed by the Hungarian Grand Prix, where the FIA has confirmed 1461 tests were performed on drivers, teams, and personnel.

“Of these, zero people have tested positive,” the joint statement read.

“The lower number of tests conducted in this period compared to previous weeks reflects the fact there is a break in the race schedule following three back to back events.”

More than 4500 tests were completed during the opening weekend of competition in Austria, with no positive cases found.

However, two positive results were returned at the following week, when nearly 5000 tests were carried out, from individuals who were not permanent members of F1’s travelling circus.

Those people were ‘removed from operations and isolated’, while further details were not forthcoming.

“The individuals were not present in Austria, with the affected people removed from operations and isolated,” said a statement at the time.

Ross Brawn, F1’s Managing Director, Motorsport, has admitted that he expects the sport to experience positive results at some point.

“There will be positive tests, I’m sure of it,” he said following the Styrian Grand Prix.

“When we do get those positive tests, we have to make sure we deal with them in the correct and proper fashion to minimise the impact they have on F1.”

In total, more than 15,000 tests have been carried out with only two positive results found – a ratio of just 0.01 percent.

Formula 1 this weekend heads to Silverstone for the British Grand Prix, the fourth round of the 2020 season.