Miller declares himself a title contender after Marquez withdrawal

Miller declares himself a title contender after Marquez withdrawal 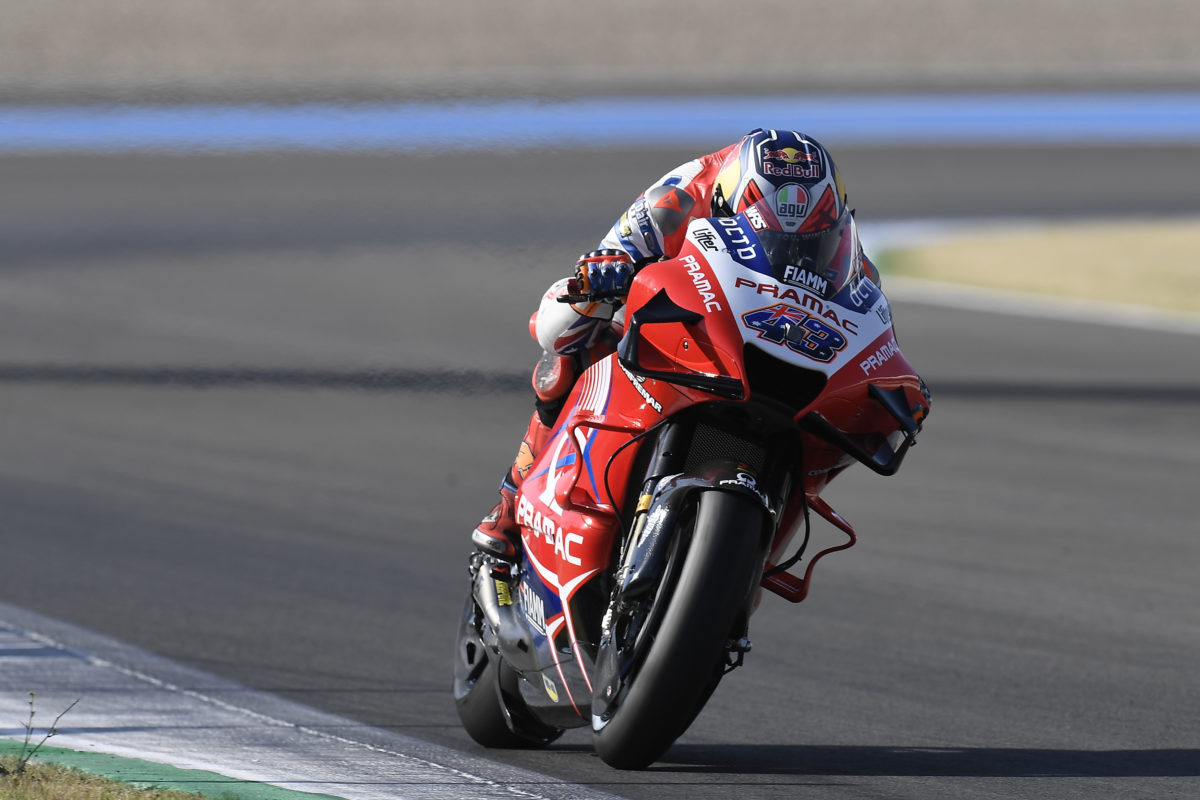 Jack Miller now considers himself a title contender after Marc Marquez pulled out of the Andalucian MotoGP due to injury.

The six-time world champion made a shock effort to ride at Jerez just four days after undergoing surgery on a broken arm, but called off his quest after Qualifying.

Marquez incurred the injury in a violent highside late in the season-opening race at the same circuit, an incident which has now cost him as many as 50 points in a campaign significantly shortened due to the COVID-19 pandemic.

According to Miller, the latest events have “changed my outlook” on his championship prospects in his final year with Pramac Racing before moving up to the Ducati Team.

“As it sits at the minute, we’re in this thing,” said the Australian, who occupies fourth in the standings after the first race of 2020.

“We need to change our strategy. I think I’ve said all along, we’ve just got to get through these with as many points as possible, we’re coming to tracks that I really do well at, and we’ll be able to challenge.

“And here’s a track that normally he (Marquez) does well at. Like I said, just try to get some points up on him and come to some other tracks with some another year’s experience, I think the (Ducati) GP20 bike is going even better again, so it definitely has changed my outlook on this championship.

“I was kind of hoping for some podiums, looking around hopefully the top five sort of position in the championship, but now…

“We’ll take it race by race, it’s still early, but for sure now I kind of do believe I can be a contender in this thing.

“I’ll probably get shut down but it doesn’t matter.”

Miller was highly impressed by Marquez’s bravery, but also questioned whether it was the wisest decision for the Repsol Honda rider to try and return so soon.

“I mean, don’t get me wrong, it was amazing to see him out there doing laps, that alone deserves a medal of bravery but I don’t think it was a… I guess you never know until you try, I understand that completely, but I think he would’ve been better off sitting at home, back in Barcelona, feeling fresh and getting himself fit for the next race rather than coming here,” opined the Queenslander.

“It’s so close to an operation that it’s mindblowing.”

Asked if Marquez’s attempt to ride again at Jerez could make his recovery more difficult, Miller responded, “In some cases it can speed it up.

“I’m just talking out my arse here really, I don’t have a horse in this race. It’s completely and utterly up to him.

“As I said, the guy’s an animal. Even to watch him hitting the elbows on the ground, I don’t even do that when I’m 100 percent fit.

“I guess for him, in his mind there, he still knows he can ride the bike and he’ll just get better and better as the days go on.

“I have no doubt he’ll be there at the next round, challenging for the victories again. He won’t lose too much out of this, I don’t think; not as much as we all initially expected.”

The best of the factory Ducati riders was Danilo Petrucci in 11th while Andrea Dovizioso did not make Qualifying 2 and is due to start from 14th, one spot ahead of Reale Avintia’s Johann Zarco.