Marquez explains why he pulled out of Andalucian MotoGP

Marquez explains why he pulled out of Andalucian MotoGP 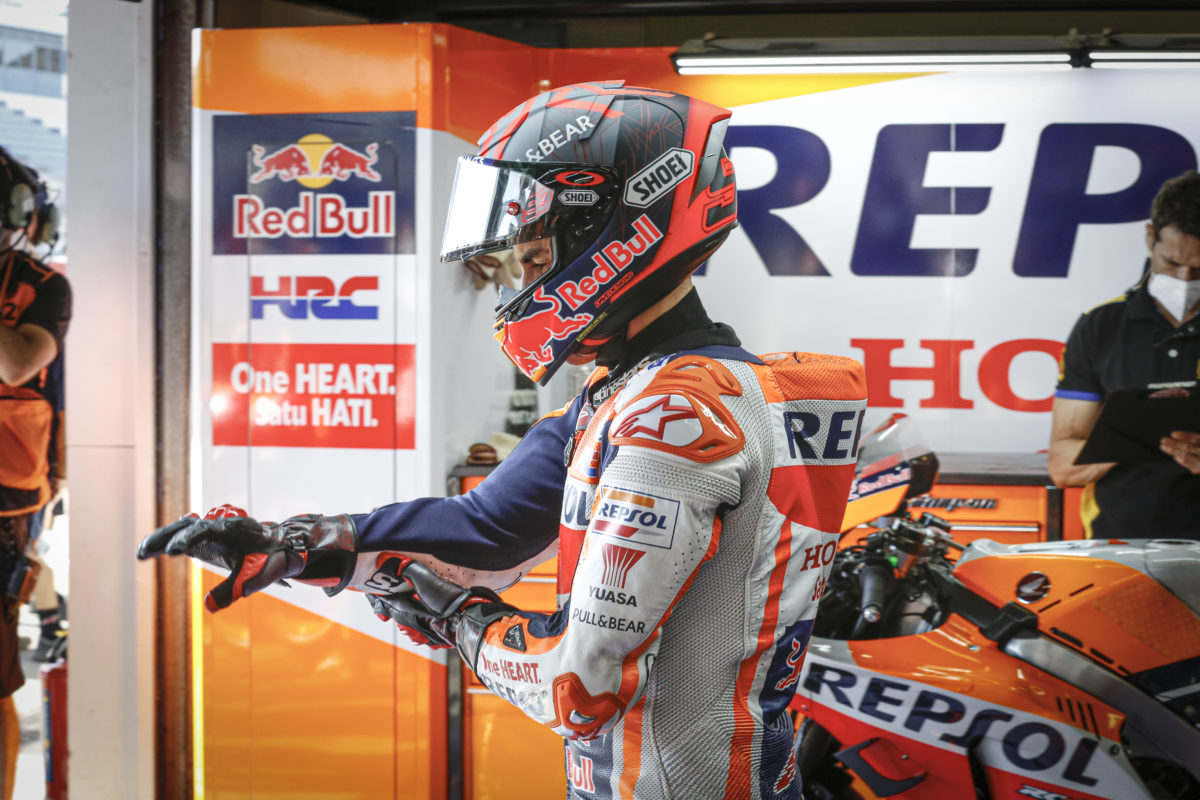 Marc Marquez has explained that a sudden loss of power in his broken right arm led to him pulling out of the Andalucian MotoGP.

The Repsol Honda rider fractured his humerus in last weekend’s season-opener at Jerez but, after surgery on the Tuesday, attempted to compete in the following round at the southern Spain circuit.

Marquez earned the right to race with the fastest lap which he set in Free Practice 3, his first session back on track, but immediately returned to the pits when he first went out in Qualifying 1.

Despite having to withdraw from the event, the six-time premier class world champion said that he would “sleep well” for trying.

“After surgery I saw there was a small possibility (to race), so I need to try and when you are a sportsman, when you have a passion for something, you try,” explained Marquez.

“Today I will sleep well because I tried, it was not possible, but anyway what I did was only follow my body and my body said ‘you must try’.

“This was the plan; try on Saturday morning, check the level (and) check my condition on track. And honestly speaking, it was really good, was kind of surprised to ride in 1:37s, to be able to ride in a good way.

“In the afternoon I started again, and in the first run (in Free Practice 4), I felt good and even the rhythm with the used tyre, I was kind of surprised.

“But for some reason, after I stopped in the box, I went out again and immediately (the strength went) down in the elbow, was like nerve or something that (meant) I lose the power immediately.

“This became dangerous. It is what I did all this week, follow my body and in that moment my body said ‘stop’. I stopped in the box, I told Honda I’ll try in QP1 and if I have the same feeling I will give up.”

Marquez also opened up on the highside which caused the injury in the first place.

He had already survived one scare which saw #93 plummet to near the back of the field, only to scythe his way back to third position on Lap 20.

Marquez then became content to salvage a podium before being thrown from his Honda at Turn 3 on Lap 22 of 25.

“Last Sunday, I enjoyed a lot on the bike, you cannot imagine how I enjoyed,” he said.

“Of course, after the mistake, the big save, was a strange race but I was enjoying a lot on the bike, I was feeling really, really good.

“(Fabio) Quartararo was, in a few laps, impossible (to catch), five seconds ahead. And I said ‘OK, job is done, I will just follow him (Viñales) and overtake him in the end’.

“And it’s there where I fly, I mean in that corner the only difference is that always every lap I was cutting the curve on the inside.

“That lap I didn’t cut the curve, just I touched the white line and then it suddenly both wheels went.

“Of course, it’s a mistake that I crash. But this is something that can happen in racing and you must learn from it.”

With the Spaniard out of another race, Jack Miller believes that he is now a championship contender.

Marquez will try to ride again in the Czech Republic round in a fortnight’s time, although he admits he will still not be at full fitness.

“The main priority now is my arm and to try and get well as soon as possible and to ride the bike again as I want,” he remarked.

“It’s my right arm and all the circuits go to the right. So that is the first goal, the second is the championship and there are still many races to go. This is racing, this is competition and this can happen.

Quartararo is again on pole for today’s race, which starts at 22:00 AEST.