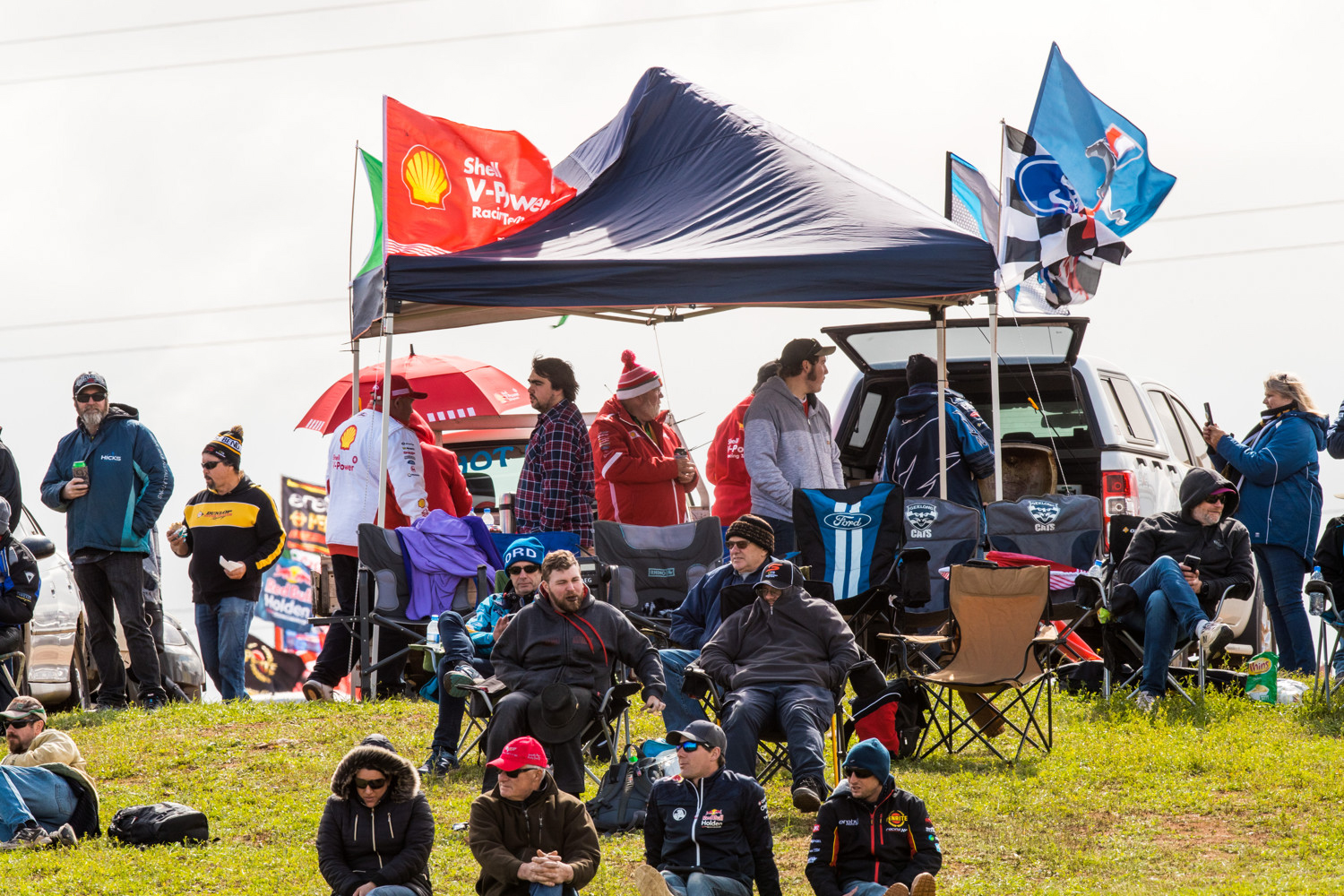 Spectator attendance will vary from state to state

Spectator attendance limits are likely to fluctuate at future Supercars rounds based on advice from the relevant health authorities of different states.

So far, Supercars has hosted just one event with crowds since the coronavirus pandemic struck.

Round 4 of the Virgin Australia Supercars Championship at Sydney Motorsport Park saw a little over 1000 spectators attend per day. Those who attended were restricted to the front straight grandstand.

Round 5 and Round 6 of the season at Hidden Valley Raceway will see 4000 spectators allowed per day.

Earlier this week Supercars announced it would submit plans to Queensland Health to have 10,000 spectators at the Reid Park Street Circuit in Townsville next month.

Speaking with Speedcafe.com, Supercars COO Shane Howard said that number may vary from state to state.

“It’s all determined by each state health department and their current regulations that they’re operating at,” said Howard.

“We still have to maintain the require social distancing. There’s very strong protocols and procedures to work through with that.

“We’ve been operating in Sydney Motorsport Park, the first race was no crowds, absolutely minimum number of staff there, skeleton staff, to run the race meeting.

“For the last race meeting, we were very lucky there because they’ve got a permanent grandstand that’s got around about 4000 capacity.

“We could operate under 25 percent capacity of that grandstand. We were able to accommodate about 1000 spectators. It was great to see them back there.

“As things relax in each state we will look to expand our crowds.”

The only event not to have its date shift since the coronavirus pandemic stuck has been the Supercheap Auto Bathurst 1000.

Howard said Supercars is still working to have spectator attendance at the event.

However, there may be some obstacles for teams due to parts of Sydney being designated by some states as a hotspot.

“We’ll be working on having crowds there,” he said.

“There’s the issue down there at the moment with the nominated hotspots. Hopefully, those situations are rectified.

“Certainly, we will be looking to have attendance and crowds at Bathurst.”