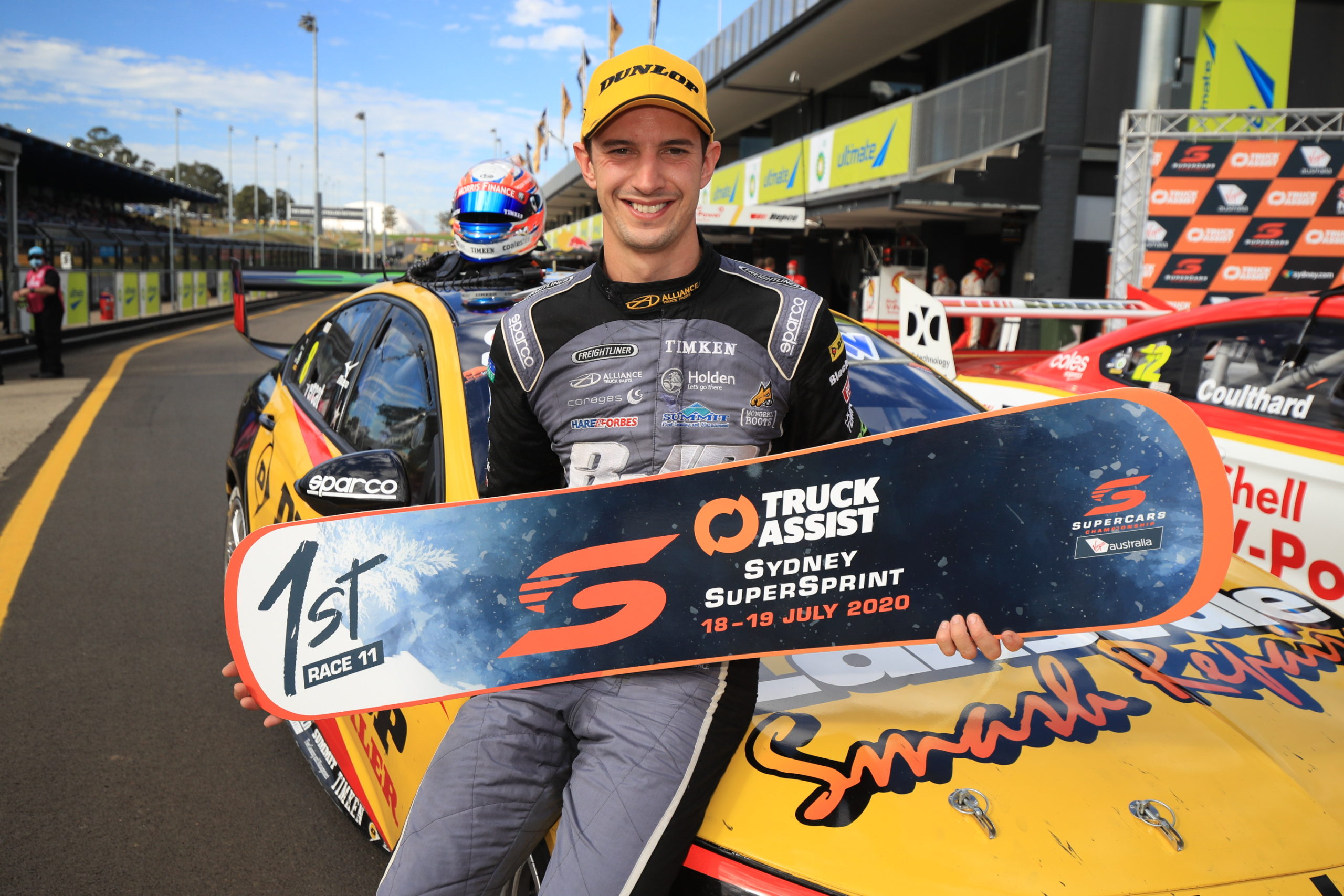 Nick Percat has welcomed the introduction of new tyre rules to Supercars that have led to more passing, more challenges, and more of a ‘show’ for fans.

Since the coronavirus pandemic struck in mid-March, the Virgin Australia Supercars Championship has undergone a reskin of sorts.

Gone are the 200km and 250km races of old, now replaced by three 125km races with no refuelling.

Add to the mix limits on tyre allocation as well as the addition of two compounds at the most recent Sydney Motorsport Park event, and the results have been mixed drastically.

All of that, Percat said, is ultimately beneficial for the sport as other teams capitalise on the new rules to be front-running.

“The fans love passing and I think we’ve seen heaps of that, which has been really good,” Percat told Speedcafe.com.

“There’s just more action, which is better than us just driving around in a line and everyone kind of fits together and you might undercut someone on fuel and that’s about it.

“Whatever the category does, I think we just need to make sure the show is good and you still get an opportunity to show how fast your car is in qualifying, which is good.”

Percat said the rules have proved challenging for drivers and engineers.

The most recent rule revision saw teams given just two sets of soft compound tyres and three sets of hard compound tyres spread across up to eight sessions.

Percat said the tyre challenge makes winning the championship even harder but rewards drivers in the field that maximise qualifying and their in-race strategy.

“I think it’s interesting. For me, we were very competitive on the all-soft tyre round and the hard tyre round. It didn’t really affect us much at all, going from one to the other.

“I saw Scotty (McLaughlin) wasn’t too impressed with it, but it’s the story of different racing and we have to be smarter about it and think about how you go about it a bit more.

“I think it’s good for the category to have the racing spiced up. There’s no reason why you can’t get three good results. It’s hard, but I think I enjoyed it and others didn’t.

“They’ve been running around at the front for the last 18 months, two years, with no one in front of them, so of course they’re not going to be happy.

“I think if you asked a few of these drivers a few years ago, when they weren’t in the cars they’re in (now), they would have loved it,” Percat added.

“I think it just depends on the situation you’re in. I think it’s great. You see Andre get a pole with Kelly Racing. I think everyone should be happy that we’re getting mixed results.

“It’ll make the championship harder to win. Because you don’t just get maximum score all the time.

“I think there’s a lot more in it now to make sure that you do go well in the championship.”

Percat is conscious that the tyre rules may not have the same effect at future events.

The two compound tyre allocation is set to stay for the foreseeable future with the first Darwin event and those at Sandown, Wanneroo, Tasmania, and Sydney finale.

“I think it’s going to be hard and you have to work hard for it. So we might have a shocker in the next one. The tyre might not work on our car at Darwin.”

The Virgin Australia Supercars Championship heads to the Northern Territory for back-to-back rounds at Hidden Valley Raceway on August 8-9 and 15-16.