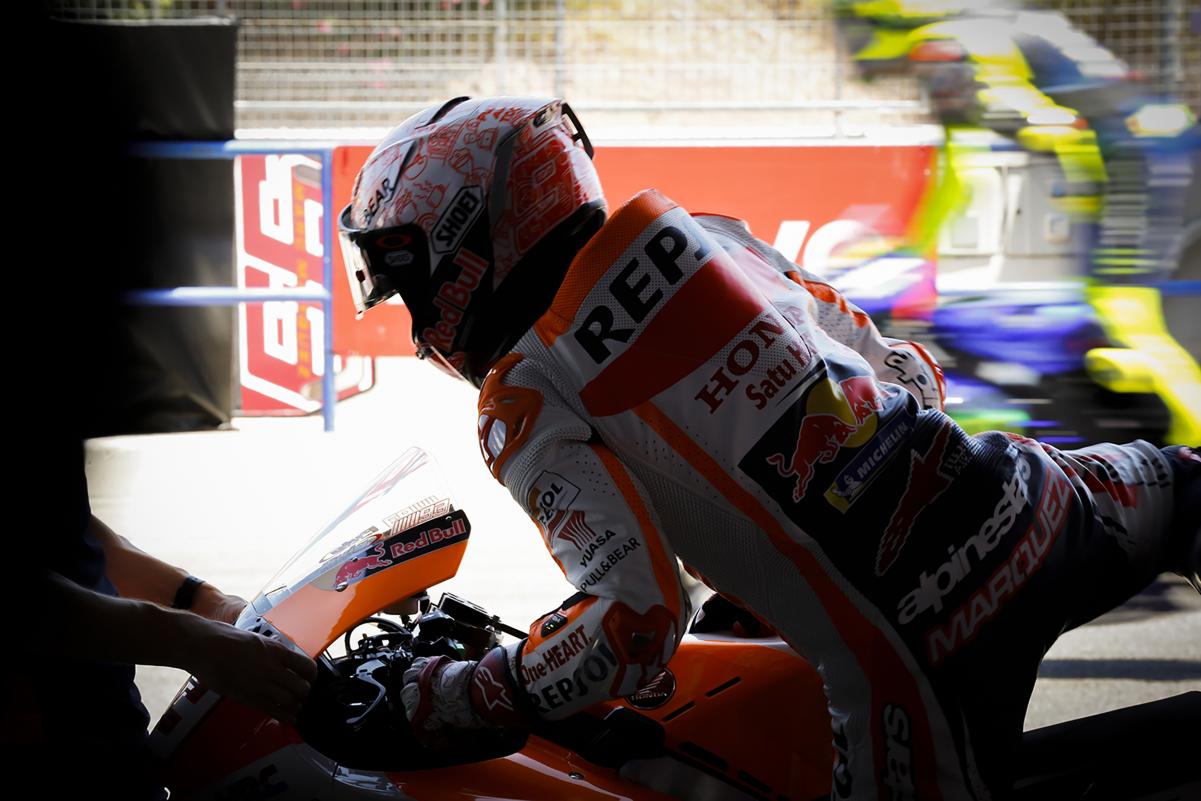 Marc Marquez will undergo a medical examination in the hope of racing at Jerez this weekend despite breaking his right upper arm just days ago.

Marquez was operated on in Barcelona on Tuesday (local time), with indications being that he was in doubt not only for the second Jerez race but might also miss Round 3 at Brno.

Following reports from Spain that he would still attempt to compete in the Andalucian MotoGP, the Repsol Honda Team sent out a Tweet hinting at the possibility in the past 90 minutes.

“After a successful operation on Tuesday, @MarcMarquez93 is heading back to Jerez,” it read.

After a successful operation on Tuesday, @MarcMarquez93 is heading back to Jerez.

MotoGP’s official website has now confirmed that Marquez is indeed on his way to Jerez with the intent of being cleared to ride in Round 2.

“(T)he eight-time World Champion is currently travelling to the Circuito de Jerez-Angel Nieto where he’ll then undergo a medical check this afternoon with the hope of being passed fit so he can then participate in this weekend’s Gran Premio Red Bull de Andalucia,” reads an update on MotoGP.com.

Cal Crutchlow (Castrol LCR Honda) and Alex Rins (Suzuki Ecstar) will also attempt to compete this weekend having not made race start at the Spanish MotoGP last weekend.