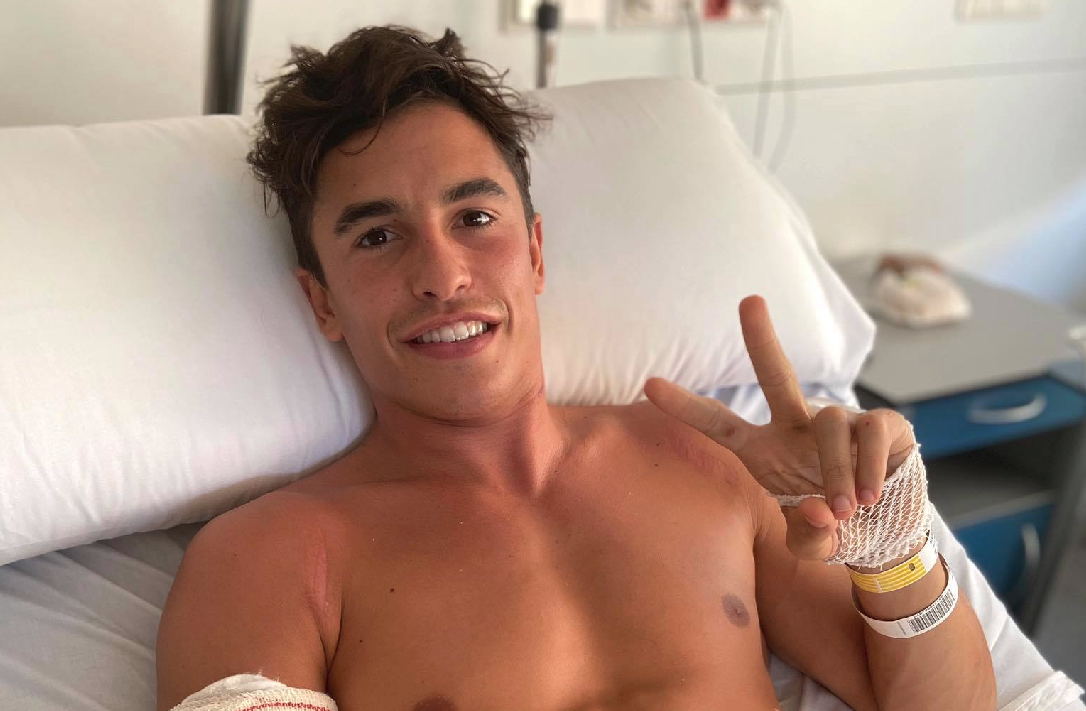 Marc Marquez has undergone a successful surgery on the broken arm he sustained during the Spanish MotoGP last weekend.

The Spaniard suffered a violent highside which saw his right arm impacted by a tyre from his bike.

MotoGP’s Doctor Xavier Mir completed the operation, fitting a titanium plate in an effort to speed up recovery.

“Marc will take some time to recover but we are happy with how everything has gone,” said Honda’s team manager, Alberto Puig.

“Doctor Mir and his team have taken care of the entire situation since the fall and performed a successful operation.

“This gives the Repsol Honda Team a lot of motivation, knowing it went well, but now we have to be patient to see how Marc recovers and to understand when he can return.”

Puig also implied that Marquez would not be replaced for the coming weekend’s race, the Andalusian MotoGP, with Jerez again the venue.

“This weekend we will be focused on Alex, helping him to take another step forward,” he said.

“When you are young and new in a category, every week you improve and grow. We hope he can close the gap to the front of the race.”

LCR Honda rider Cal Crutchlow also went under the knife on an injured wrist after fracturing his left scaphoid during warm up ahead of last Sunday’s race.

“I would like to thank Dr. Mir and his medical team for performing surgery on Cal’s left wrist this morning,” Lucio Cecchinello, the LCR Honda team founder confirmed.

“A small screw has been inserted into his scaphoid to fix the fracture.

“The surgery went well as Dr. Mir personally informed me, and Cal will be discharged from the hospital later this afternoon.”

Crutchlow is expected to return to Jerez in time for the coming weekend’s race, though will have receive medical clearance ahead of Friday morning’s opening practice.