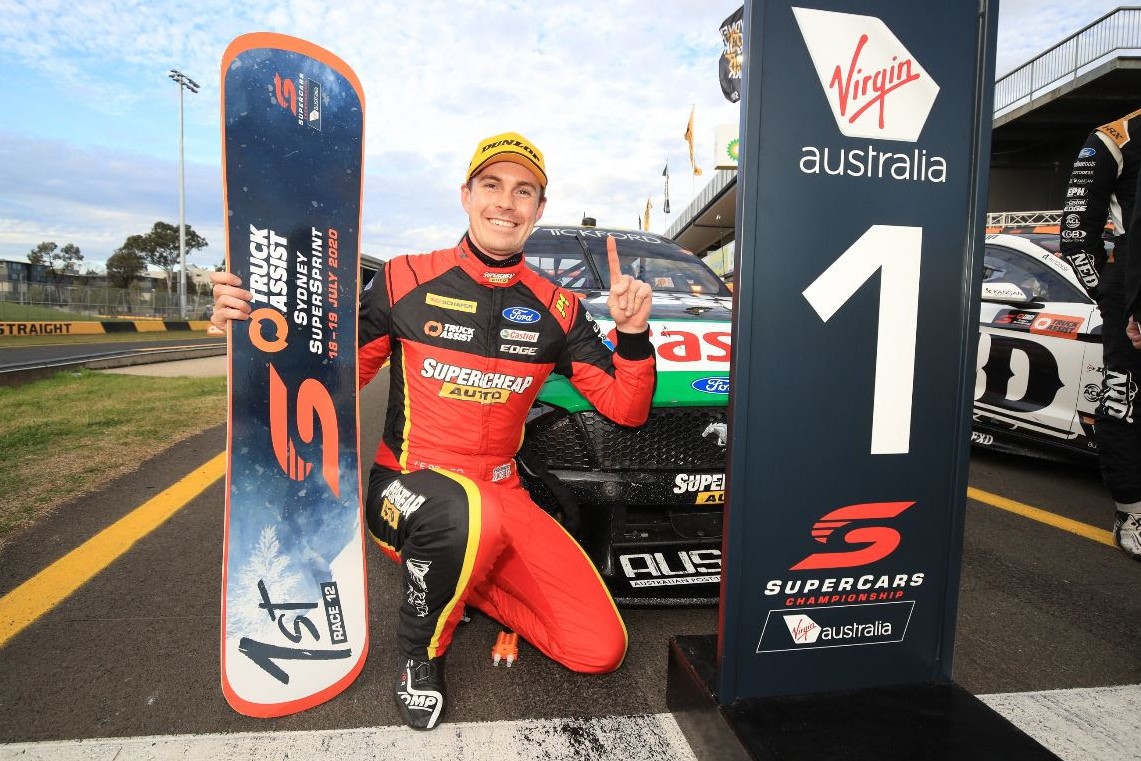 Jack Le Brocq says teams have to approach their championship challenge differently for the foreseeable future thanks to new tyre allocation rules and race formats.

In what is only his third season, the Supercheap Auto Racing driver claimed his first Virgin Australia Supercars Championship win at the Truck Assist Sydney SuperSprint.

After a string of finishes outside of the top 10 across the two Sydney Motorsport Park events, Le Brocq was able to turn his fortunes around.

With a seventh place qualifying effort for Race 12 of the season, the Tickford Racing driver opted for an aggressive tyre strategy and went on to net victory.

Split across qualifying, a possible Top 15 Shootout berth, and three 32-lap races, Le Brocq saved the best of his soft tyres for the finale.

Having started seventh, he made early headway and then executed an undercut to usurp early race leader Andre Heimgartner.

After an intense fight to the chequered flag, the 28-year-old held on to claim his first Supercars win.

With five sets of tyres spread across a possible eight sessions, Le Brocq said teams have to look at the weekend differently to maximise their points.

That, he said, could be a challenge for the regular front runners like the Shell V-Power Racing Team and Red Bull Holden Racing Team.

“There are two ways you can play it,” Le Brocq told Speedcafe.com.

“For the guys right up at the pointy end of the championship at the moment, with the way it’s gone, it’s crucial for those guys to work and understand how to get the most points out of the weekend.

“It’s still that one end goal, it’s still the championship for everyone up and down pit lane.

“It’s just making the teams think about it a different way – if we do continue down this path – and how they’re going to achieve that championship over a more consistent basis with the new tyre allocation.”

The new tyre allocation has cause ructions up and down the pit lane, the likes of Scott McLaughlin believing it had too great an impact on the racing.

However, Le Brocq welcomed the new rule set, which he said is beneficial for drivers, teams, and sponsors who take a gamble.

“It’s an interesting one isn’t it, because some people are always going to take the shine away from it,” he said of his maiden win.

“It’s one of those things where everyone starts the weekend with the same allocation of tyres. It’s cool.

“As a driver, it would be cool to have all the same tyres and every race be a clean slate.

“At the same time, I think or everyone in the sport, the other teams who haven’t won a race in a while, for sponsors, it’s a very hard time for everyone at the moment.

“I think every opportunity we can have to spread the love up and down the pit lane we should take. It’s an awesome thing for everyone else involved.

“I suppose it’s hard for the guys who have had a lot of success over the last couple of years having to sacrifice races and go through that,” he added.

“But at the same time, it’s one of those things we could potentially work towards round weekend points and stuff like that.

“Even for us, we had a strong round with sixth overall with the way we played it.”

As it stands, at least one of the two-day events at Hidden Valley Raceway will see the return of the soft and hard compound tyre.

That will be at the forthcoming BetEasy Darwin Triple Crown on August 8-9.

However, the trye allocation for the Darwin SuperSprint that follows on August 15-16 is yet to be decided.