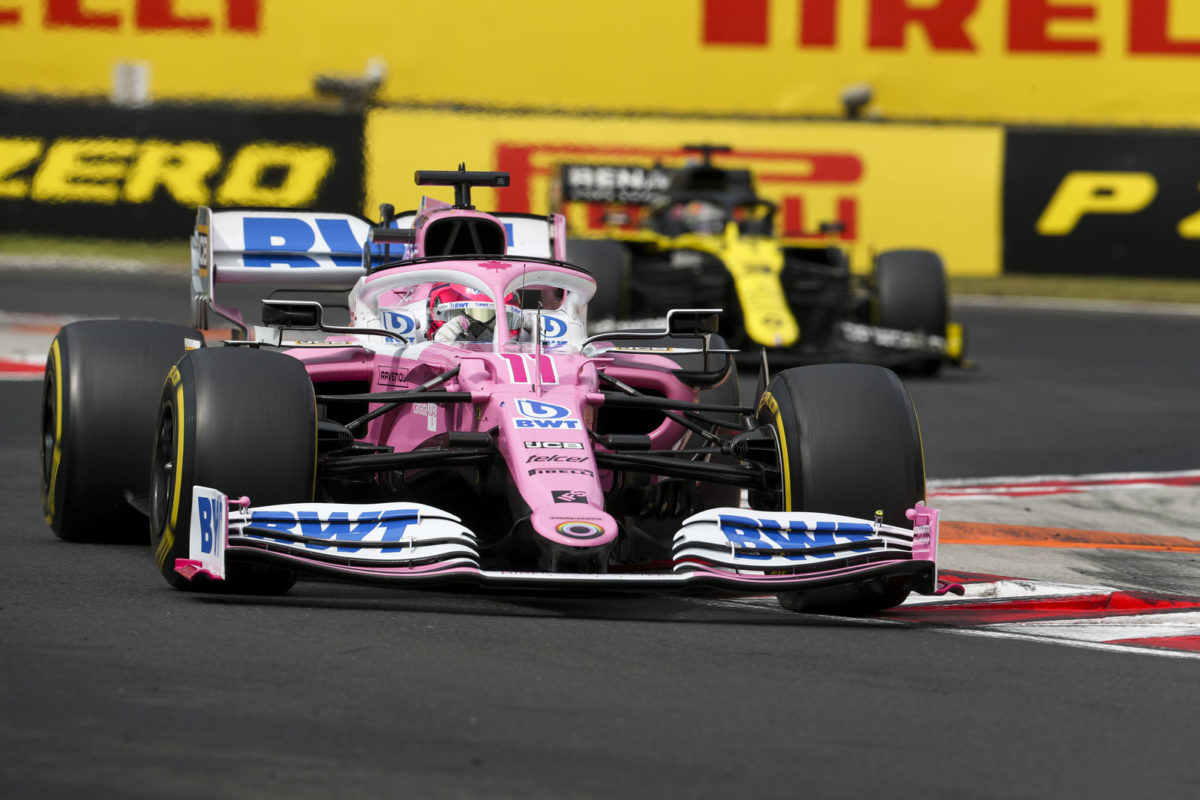 Racing Point is adamant its brake ducts are legal

Racing Point team boss Otmar Szafnauer has reaffirmed his belief that the brake ducts on the RP20 comply with the regulations.

Renault lodged a protest against both Racing Points at the Styrian Grand Prix, and again last weekend following the Hungarian Grand Prix.

It alleges that the brake ducts on the RP20 are direct copies of Mercedes’, a point which would be in breach of the regulations.

However, Szafnauer is confident that his team will be cleared of any wrong doing once it is able to present its case to the stewards.

“It is impossible for them to be illegal,” Szafnauer asserted.

“Brake ducts, just so you know, take a long time to design and make, they are very, very complicated, and we have 886 individual drawings for our brake ducts.”

As recently as last year it was legal for teams to purchase brake ducts from rivals.

However, that specific point has changed for this year, creating a complicated scenario for stewards to decipher.

“Last year, Racing Point had access to, and could use, 2019-spec Mercedes brake ducts because they were not a listed part. This year, brake ducts are listed parts, so you have to design your own,” explained F1 Managing Director, Motorsport, Ross Brawn.

“However, Racing Point cannot forget the knowledge they acquired using the 2019 Mercedes brake ducts.“I think it is illogical to think they can wipe their memory banks. It is a tricky problem and one for the FIA experts to resolve.”

Brawn also stated that copying rival’s designs was part and parcel of Formula 1, and that he himself had done so during his time as Technical Director.

“My view is copying in Formula 1 is standard,” Brawn explained.

“Every team has, in normal times, digital photographers in the pit lane out there taking thousands of photos of every car for analysis, with a view of copying the best ideas. We used to give our photographers a shopping list.

“Racing Point have just taken it to the next stage and done a more thorough job.

“There is not a single team in this paddock which has not copied something from another.

“I’d ask every Technical Director in the paddock to raise their hand if they haven’t copied someone else. You won’t see any hands. I have certainly copied others.”

Steadfast in his belief that the brake ducts are legal, Szafnauer admitted the team has no fallback position should the ruling go against Racing Point.

“We have no concerns whatsoever.

Szafnauer added that he was left frustrated by the situation, believing his team has already proved its innocence to the FIA ahead of the season.

“The only reason you may sense a bit of frustration is probably because I have all the information of how we designed and developed them,” he said.

“The rest of the world doesn’t yet because we haven’t disclosed that to the stewards.

“We had disclosed it to the FIA, and the FIA were satisfied that what we had done was absolutely legal.

“However, that’s not how the judicial system works.

“It’s the stewards who have the right and the power to rule, so now we’ve got to inform the stewards as well.

“And it just takes a little bit of time because when the FIA came to us to investigate how we designed and developed the car, including the brake ducts, they came to the factory, spent two days there, interviewed people, looked at all of our drawings, looked at the design and development process, what we did in the tunnel and CFD, how we got to where we got, and they were satisfied.

“With the stewards you can’t do that. You’ve got to bring the data to them, and then also explain through words on a piece of paper and drawings, what you’ve done. It takes a little bit longer.”

Racing Point was given three weeks to prepare its response following Renaut’s protest in Austria.

A hearing on the matter is expected to take place in the week prior to the British Grand Prix, which runs from July 31-August 2.