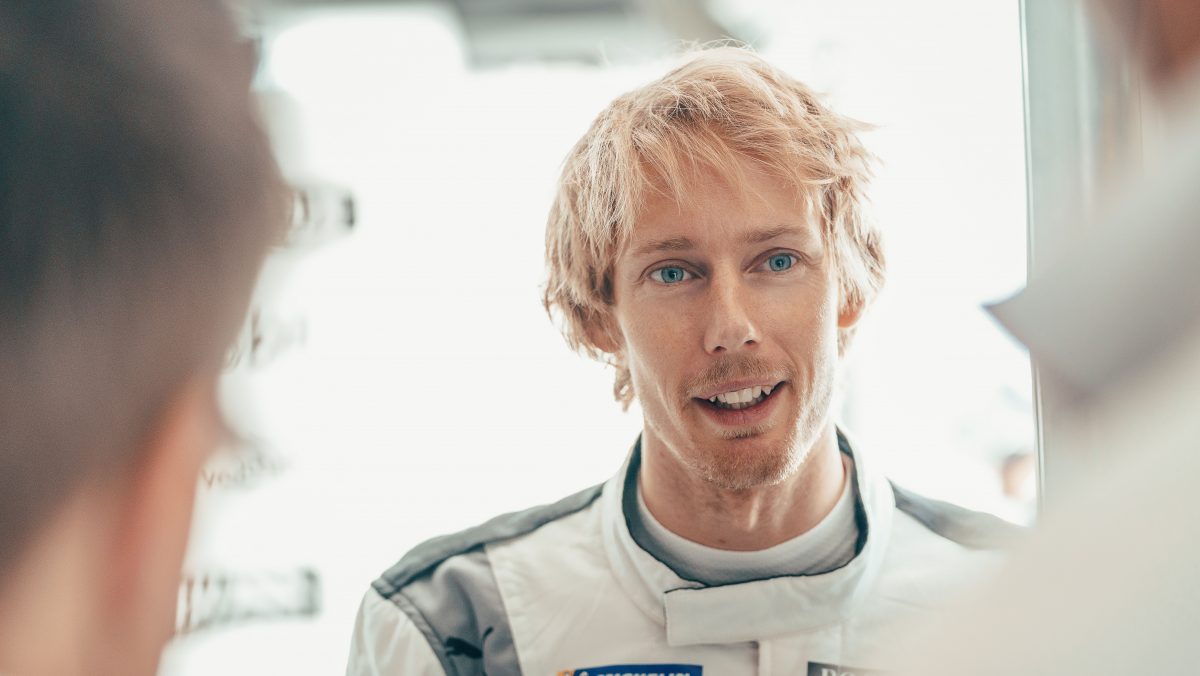 Brendon Hartley has revealed how he and his brother switched places ahead of the 24 Hours of Le Mans in 2013.

Now racing with Toyota in the World Endurance Championship, the New Zealander was then embarking on just his second start in the French classic.

He’d remained with Murphy Prototypes, the same team with whom he’d made his Le Mans debut the previous year, and was set to drive alongside Karun Chandhok and Mark Patterson.

“My brother came over to support, (to) watch the race,” Hartley told Greg Rust in the latest episode of the Rusty’s Garage podcast.

“He was actually doing the driver changes during the pit stops, so he got part of the team.

“The funny thing was I missed my flight to get back to Le Mans for the scrutineering.

“Anyone who’s (not) familiar with Le Mans, one week before you have a scrutineering day.

“There’s a huge crowd, it’s where all the photos are taken for the whole week.

“I was racing for an Irish team at the time, and the team owner thought it would be a good laugh just to throw Nelson in the race suit.

“So if you actually go through the history books for the Le Mans 2013, all the official photos is actually Nelson standing there in my race suit.”

Hartley went on to add that the situation then became more awkward when his brother was asked for autographs by fans.

“Everyone thought it was me,” he said.

“There’s probably a whole lot of people that think I’m an arsehole now.

“But the funny story, if you ever look up the images from 2013 Le Mans, he’s actually there standing in my race suit.”

The LMP2 squad went on to finish 12th outright in that year’s event, sixth in class, before Hartley joined Porsche the following year.

He’s since claimed two World Endurance Championships, and won the 2017 edition of the 24 Hours of Le Mans.

After a brief stint in Formula 1 with Toro Rosso, he’s returned to the WEC with Toyota, and currently sits second in the championship with a win and four seconds in the current campaign.