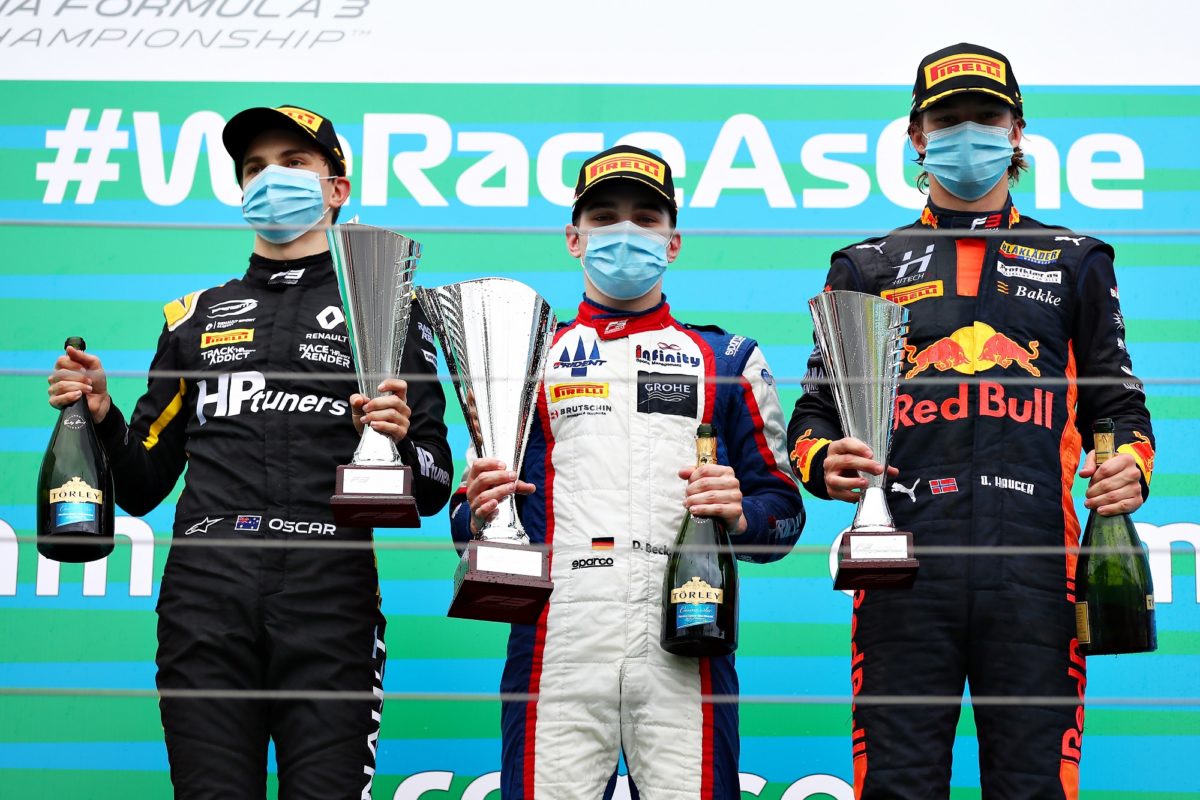 A consistent weekend in Hungary has seen Oscar Piastri extend his advantage at the top of the FIA Formula 3 Championship.

The Australian survived an early scare in Race 1 to finish second before snagging the same place in Race 2.

He now sits 26 points clear of Logan Sargeant at the top of the standings after three rounds.

Sargeant was involved in an opening corner crash in Race 1, losing control and tagging Alexander Smolyar.

A secondary incident saw Calan Williams pitched into a spin, tagging the left rear of Piastri as he dived underneath the incident.

The interrupted race was won by Theo Pourchaire with Bent Viscaal in third.

Alex Peroni crossed the line to take seventh while both Jack Doohan and Williams were not classified.

Wet conditions for Race 2 of the weekend produced a more sedate encounter, with David Beckmann taking the honours.

Viscaal crossed the line first, but two five-second penalties and a late Safety Car meant he was officially classified in 17th.

That saw Piastri promoted to second and David Hauger in third.

Peroni picking up points in seventh while Williams reached the flag in 15th and Doohan 25th after a 20-second time penalty was applied for contact at Turn 2.

Formula 3 next moves to Silverstone in support of the British Grand Prix on July 31-August 2. 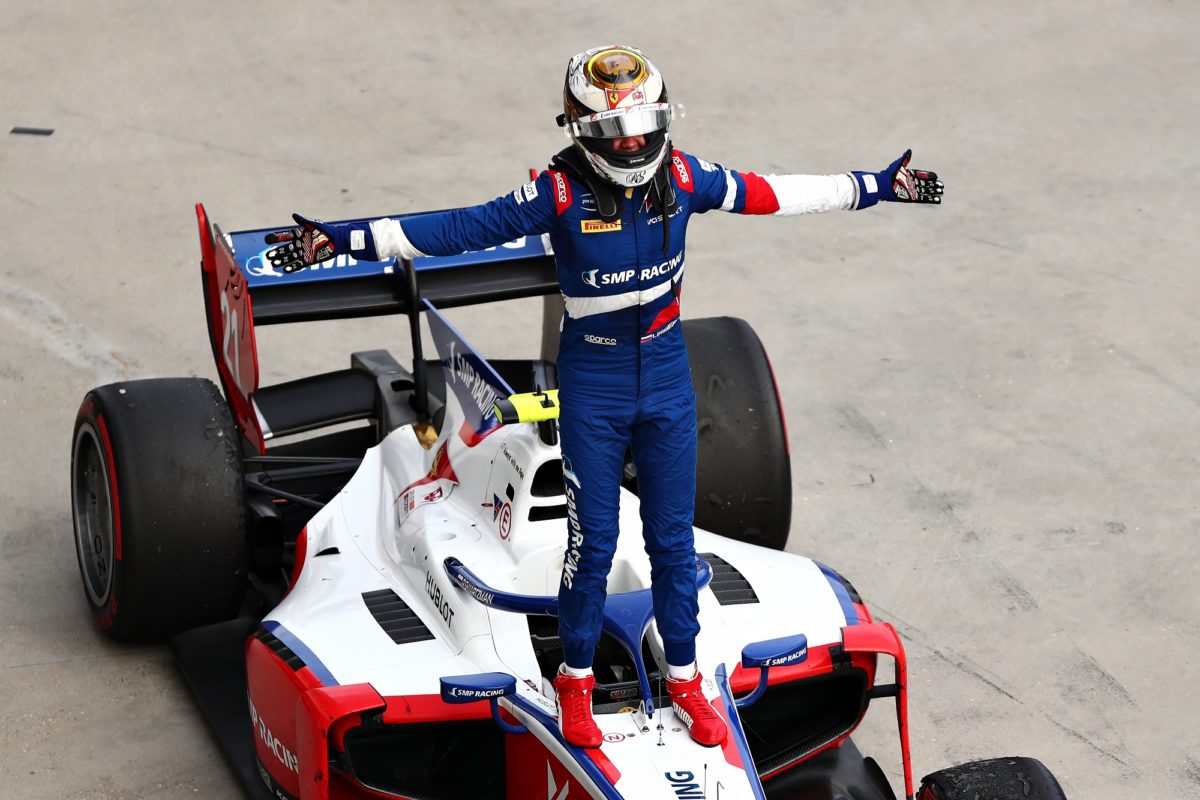 Robert Shwartzman has moved further clear in the FIA Formula 2 Championship after a sensational Feature Race victory and a fourth in the Sprint.

The Prema Racing driver started the longer race from 11th on Medium tyres, the alternate strategy, and emerged in seventh when he switched to Softs with 10 laps remaining.

The Russian then got by team-mate Mick Schumacher (Prema Racing) and blazed away to a 15s victory over Nikita Mazepin (Hitech), who also used the alternate strategy.

Ghiotto hung on to win the Sprint having been one of two drivers to not pit, while Ilott took second following his fourth in the Feature, and Armstrong was ninth.

Ilott trails Shwartzman by 18 points on the way to Silverstone on July 31-August 2.

Dylan Pereira won Round 3 of the Porsche Supercup in Budapest to push out his title advantage to 22 points.

Love had started in 14th, making up three places on the opening lap before continuing his march into the top 10 – his best result of the season.

New Zealander Jaxon Evans slipped from second to fourth in the standings after failing to score after contact with Jaap van Lagen.

The incident forced the latter out while Evans picked up a drive-through penalty.

Porsche Supercup follows Formula 1 across the English Channel to Silverstone for where it will run Round 4 alongside the British Grand Prix on July 31-August 2. 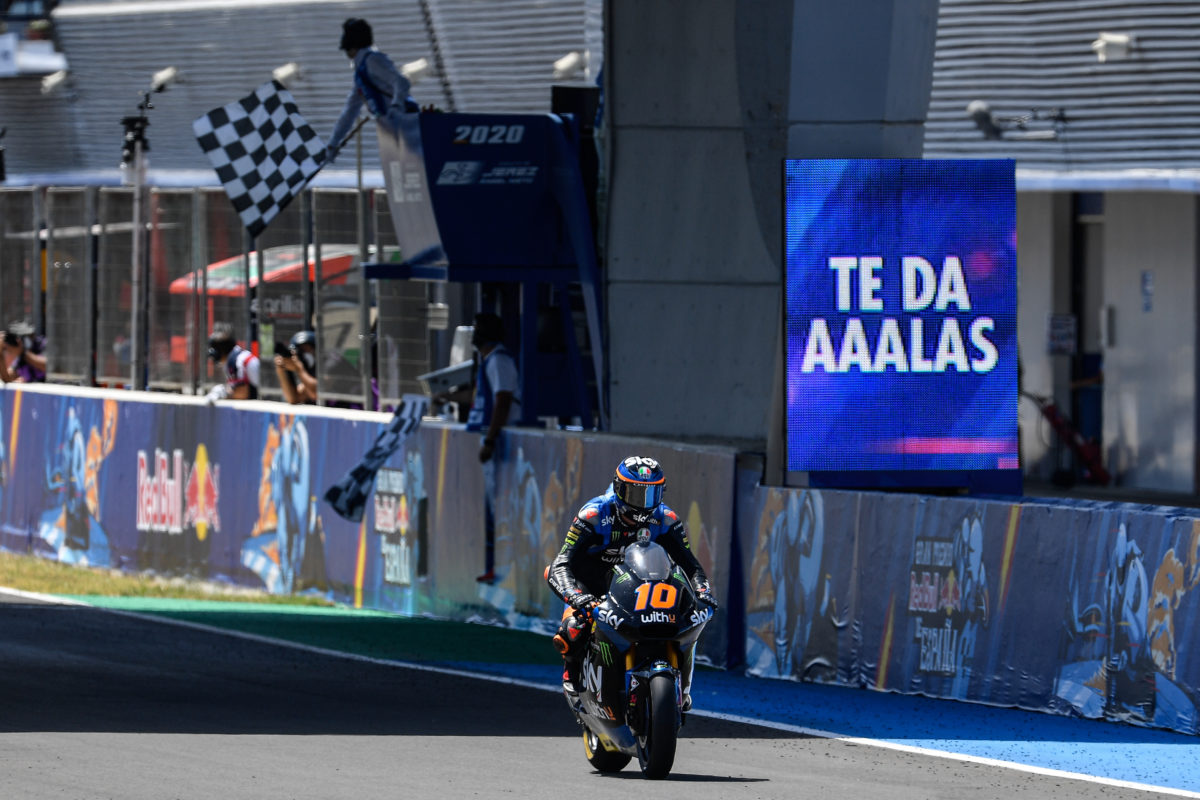 Sky Racing Team VR46’s Luca Marini has prevailed in the second Moto2 race of the season, at Jerez.

Marini rode his Kalex by Jorge Martin at Turn 9 Lap 4 and led for the remaining 19 laps.

Tetsuta Nagashima backed up from his season-opening victory in Qatar, back in early March, with a runner-up finish and now leads the championship by 17 points.

Martin saw to it that both Red Bull KTM Ajo entries made what was an all-Kalex podium, while Remy Gardner finished seventh on his OneXOX TKKR SAG Kalex.

The first race of the MotoE campaign went the way of Eric Granado (Avintia), his third victory in a row back to the final event of 2019, with Australian Josh Hook (Pramac) finishing ninth.

All three classes are back at Jerez this coming weekend (July 24-26).