Verstappen: second place ‘like a victory’ after pre-race shunt

Verstappen: second place ‘like a victory’ after pre-race shunt 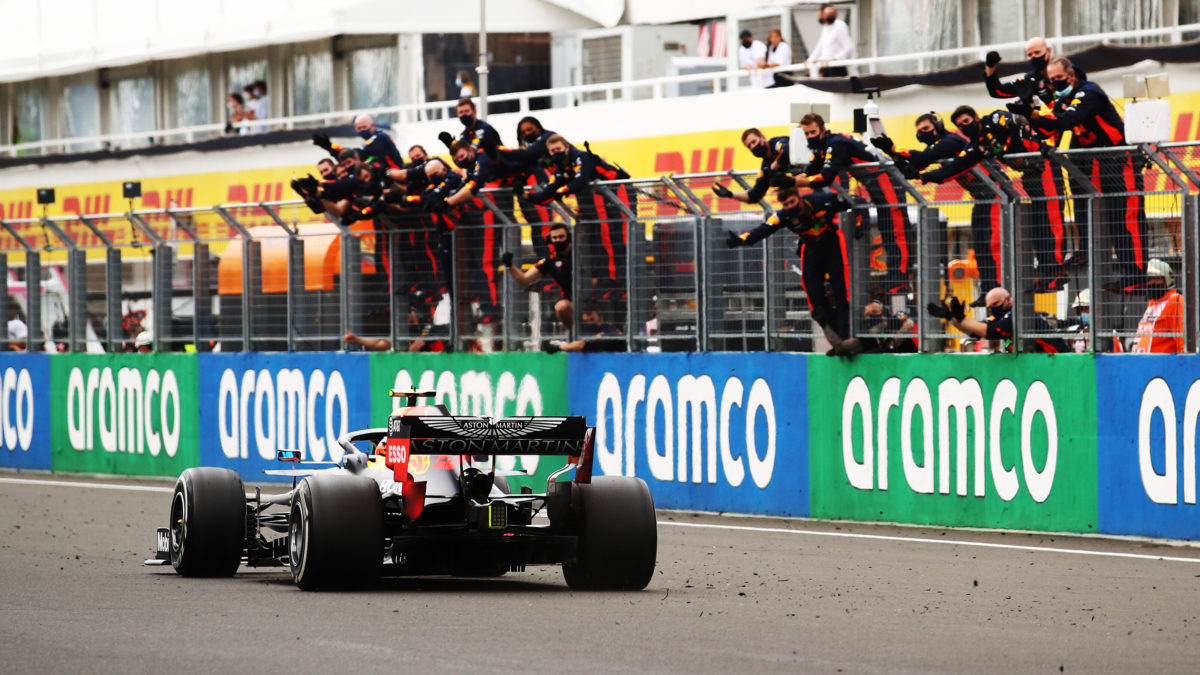 Second place in the Hungarian Grand Prix felt “like a victory” for Max Verstappen after he found the barrier before the race had even started.

In damp, slippery conditions, the Dutchman locked a brake on his sighting lap to the grid, sliding off the road and tagging the tyre barrier at Turn 10. 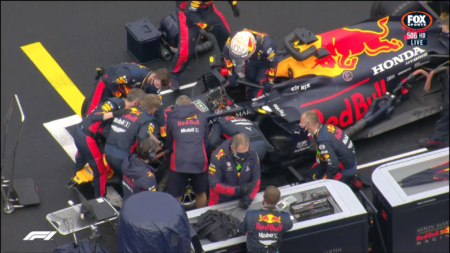 The impact tore the front wing off the Red Bull and damaged the steering on the left front.

With little more than 20 minutes before the race start, the Red Bull team managed to repair the car in time for Verstappen to maintain his seventh place on the grid.

“The mechanics did an amazing job to fix the car. I don’t know how they did it, but incredible,” Verstappen said post-race.

“To pay them back with second place, I’m very pleased with that.

“I thought I was not going to race, so to finish second, yeah, it’s like a victory today,” he added.

A strong opening lap saw the Red Bull driver climb to third before progressing one place further as the race wore on.

He then saw off a late challenge from Valtteri Bottas to claim his second podium finish of the season.

“The first lap was very crucial and from there also we had the right calls and we had good pace so we just kept doing our own thing,” he said.

“Of course to be able to split the Mercedes cars is good for us.

“I was just trying to do my own pace and of course I could see he (Bottas) was catching like a second a lap,” he continued.

“Of course following here is quite tricky, so as soon as he was within 1.5 seconds it was a bit more difficult for him.

“But then of course in that last lap we had also traffic in front which didn’t make it easier for me on those old tyres, but we managed to hang on and (I’m) very happy with second.”

Christian Horner, Red Bull Racing’s Team Principal, paid credit to the mechanics who repaired the car to on the grid.

“We’ve made a late call after he managed to reversed it out to say drive it to the grid,” Horner told Sky Sports F1.

“He was going to come into the pits because he thought it was all over, but we could see from the TV that it was mainly the push rod and the track rod.

“Getting that turned around in 20 minutes, it’s something that would usually take an hour and a half. He owes that result to them today.

“If that had been a wishbone or steering rack or even an upright it was game over, so he was very lucky in that respect.”

Red Bull now sits second in the Constructors’ Championship with 55 points to its name, 15 clear of McLaren and Racing Point but a staggering 66 down on Mercedes after three races.

In the Drivers’ Championship, Verstappen is third with 33 points while Lewis Hamilton leads on 63 from Bottas on 58.

Formula 1 now has a week off before heading to the British Grand Prix at Silverstone on July 31-August 2.