Private funeral for Tauranac ahead of public memorial

Private funeral for Tauranac ahead of public memorial 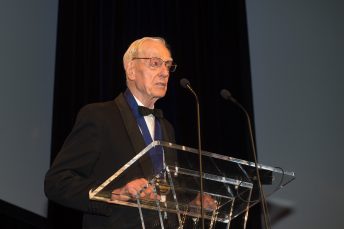 The family of legendary race car designer and engineer Ron Tauranac has announced it will hold a private service ahead of a more public celebration memorial in the coming weeks.

Tauranac passed away in his Sunshine Coast home during the early hours of Friday morning at the age of 95.

It triggered an outpouring of grief throughout the motorsport world, with a host of leading figures paying tribute to the man who designed two championship-winning Brabhams, and founded Ralt.

“Our family has been overwhelmed by the outpouring of love for our father from across the world since his passing,” the Tauranac family said in a statement issued through Speedcafe.com.

“In keeping with his ‘quiet man’ reputation, a small private funeral service will be held for family and close friends.

“His life and achievements will be publicly celebrated in the coming weeks with a memorial service in Sydney, details of which will be confirmed in the near future.”

Tauranac was awarded the Order of Australia in 2002, and inducted into the Motorsport Australia Hall of Fame in 2017 for his contribution to design and engineering.