Hamilton: F1 and FIA must do more on diversity drive

Hamilton: F1 and FIA must do more on diversity drive 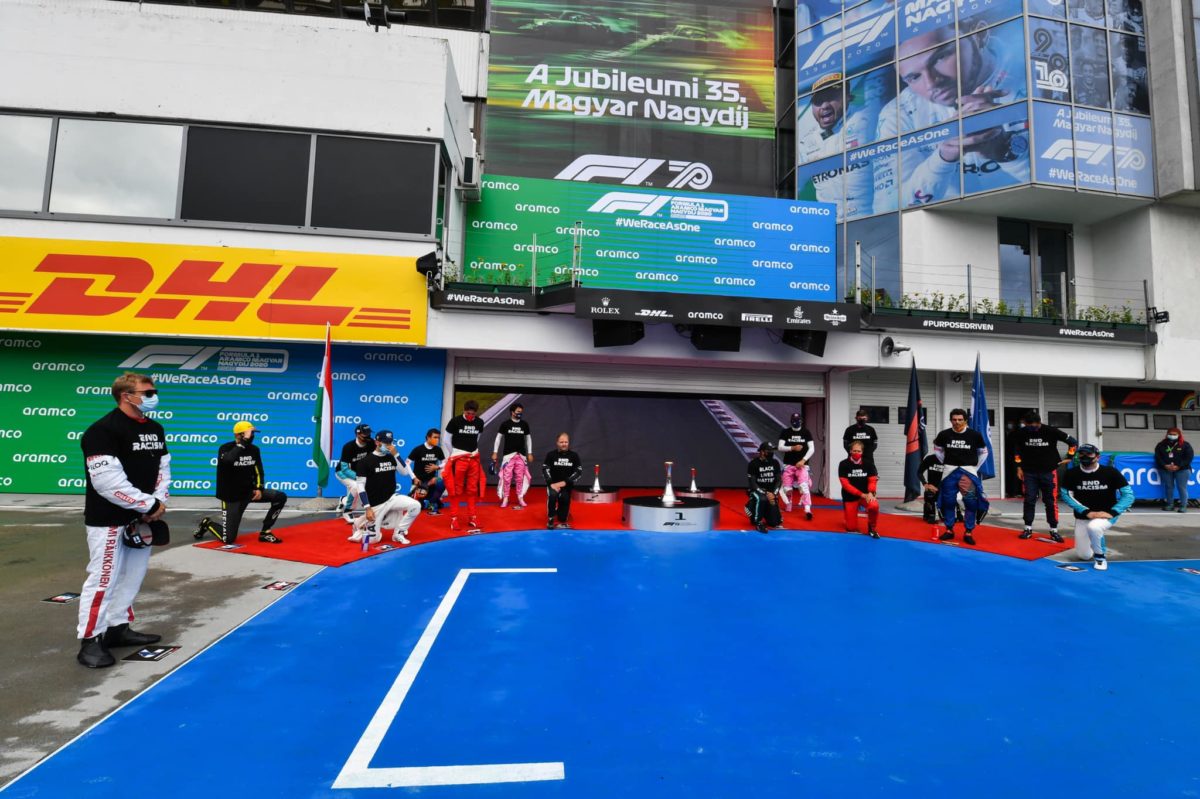 The drivers in the lead up to the Hungarian Grand Prix pic: Lewis Hamilton Facebook

Lewis Hamilton believes Formula 1 and the FIA needs to do more to promote change as part of the Brit’s ‘End Racism’ drive.

The Hungarian Grand Prix was preceded by shambolic scenes as drivers rushed into the pit lane as part of the pre-race ceremony.

Part of that included Hamilton and his peers donning t-shirts emblazoned with the End Racism mantra, or in Hamilton’s case, Black Lives Matter.

However, not all 20 of the drivers made it, while Daniil Kvyat arrived without his End Racism t-shirt.

Hamilton has since taken to social media to vent his frustration with the sport over the cause.

“Today I raced for everyone out there who is pushing to make positive change and fight inequality, however, sadly, as a sport we need to do so much more,” he wrote.

“It is embarrassing that many teams have not made any public commitment to diversity or that we couldn’t properly find time to make a symbolic gesture in support of ending racism before the race.

“Today felt rushed and massively lacked organisation and effort, which in turn dilutes the message and makes it seem like there was something more important.

“It doesn’t matter if you stand or kneel, but we should be showing the world that F1 is united in its commitment to equality and inclusivity. F1 and the FIA need to do more.

“There is no quick fix for racial inequality, but it is certainly something that we can’t just acknowledge once and then move on.

“We have to stay focussed, keep highlighting the problem and hold those with the power accountable.”

Hamilton has been outspoken on diversity, taking a leading position among the sport as part of its #WeRaceAsOne initiative.

Away from the sport he has launched the Hamilton Commission, a research partnership aimed at exploring how motorsport can become more diverse.