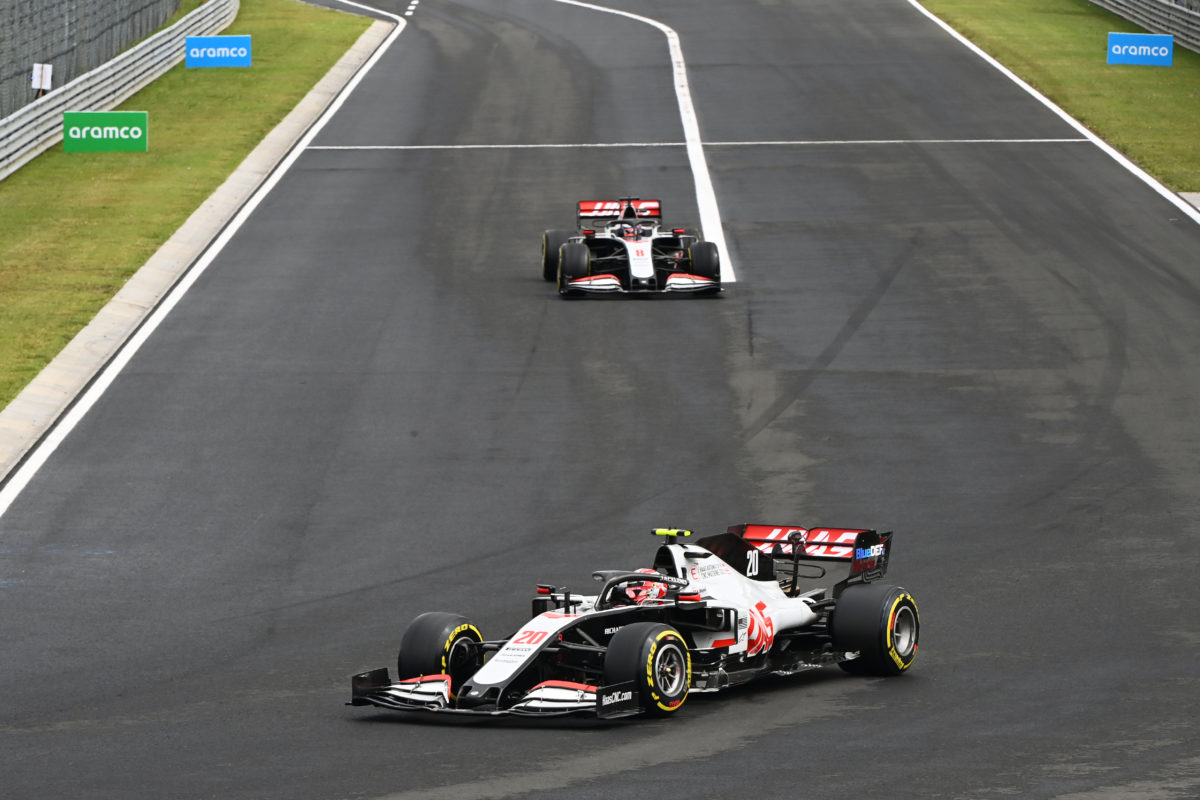 Kevin Magnussen and Romain Grosjean were each handed a 10-second penalty as a result of radio transmissions from the team while on the formation lap.

Damp but drying conditions welcomed drivers into the grid for the race start, with Grosjean on intermediate tyres and Magnussen on full wets.

At the end of the formation lap, both Haas drivers took to the pits where they switched to slick tyres.

It was a decision that saw them rise as high as third and fourth, as the remainder of the field came to the same conclusion in the opening laps.

Investigated post race, the stewards found that the radio call to Magnussen and Grosjean on the formation lap was a breach of the regulations.

“Having considered the matter extensively, the Stewards determined that the team instructed the driver to pit,” the stewards report read.

“The team could not prove that one of the exemptions made under paragraph A. 2. a) to g) of the Technical Directive 011-17 was applicable.

“Therefore, the Stewards consider there is breach of Art. 27.1 of the Sporting Regulations, that the driver must drive the car alone and unaided.”

Magnussen had finished ninth in the race to score Haas’ first championship points of the season, the penalty dropping him one spot to 10th.

Team-mate Grosjean also fell one spot as a result of his penalty to be classified 16th.

It followed on from that lodged at the Styrian Grand Prix and again centred on the RP20’s brake ducts.

Noting the protest and ongoing investigation from a week earlier, and that Racing Point had already submitted parts to the FIA, they noted “there is no need to proceed again with a sealing and an impounding of the relevant parts.

“The Parties further declare to agree that the analysis to be performed by the FIA Technical Department representative and the report to be submitted to the Stewards as well as any evidences and discussions relating to the Protest shall also be valid to address the second protest.”

Meanwhile Red Bull escaped penalty after being summoned to the stewards for allegedly drying the circuit ahead of Alex Albon’s grid box.

According to the regulations, “other than by driving on the track, Competitors are not permitted to attempt to alter the grip of any part of the track surface”.

After speaking with the team and examining video evidence it was ruled that the team had not attempted to alter the grip of the track surface, and that no breach had been made.

Albon was classified fifth in the race, having climbed from 13th on the grid.