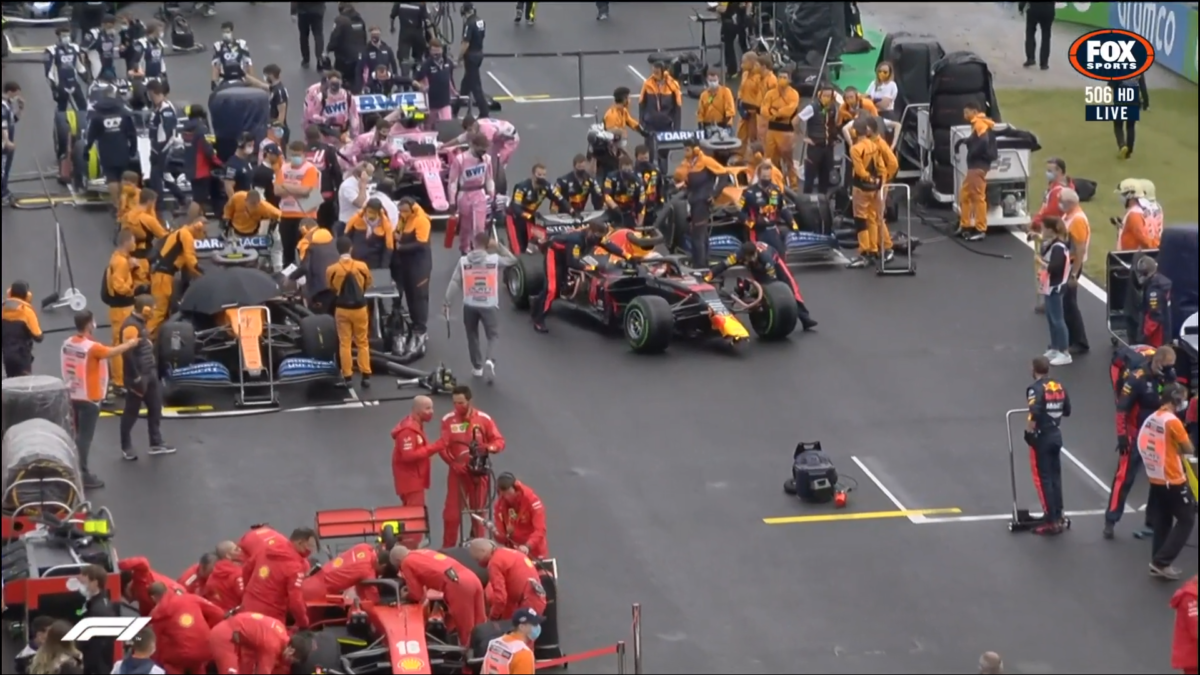 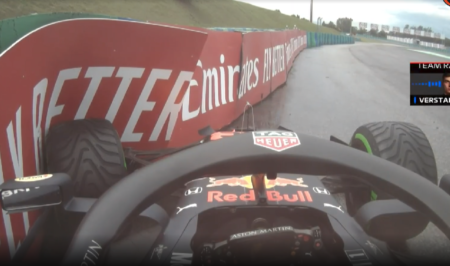 Verstappen in the fence at Turn 10 pic: Fox Sports

Max Verstappen has crashed before the Hungarian Grand Prix even begun.

The Red Bull driver was on his way to the grid on a set of intermediate tyres, locking the brakes and leaving the damp circuit at Turn 12 on his sighting lap.

Onboard footage of the incident showed the Dutchman locked the front brakes approaching the circuit, skating off the road and into the tyre barrier.

Verstappen knocked the front wing off and inflicted steering damage to the front left in the incident.

He was able to extricate the car and make it to the grid, where the team set about replacing the wing and repairing the damaged steering.

Verstappen had qualified seventh for the race though, as the national anthem was sung, it remained unclear whether he would take the start.